From the Beatles to Brexit: Exhibition explores German perspectives on the Brits | Culture| Arts, music and lifestyle reporting from Germany | DW | 10.07.2019

From the Beatles to Brexit: Exhibition explores German perspectives on the Brits

While many are focused on the UK's exit from the EU, a new exhibition titled "Very British" looks at the way sport, pop culture, the Cold War and the Queen bring Germany and Britain together. 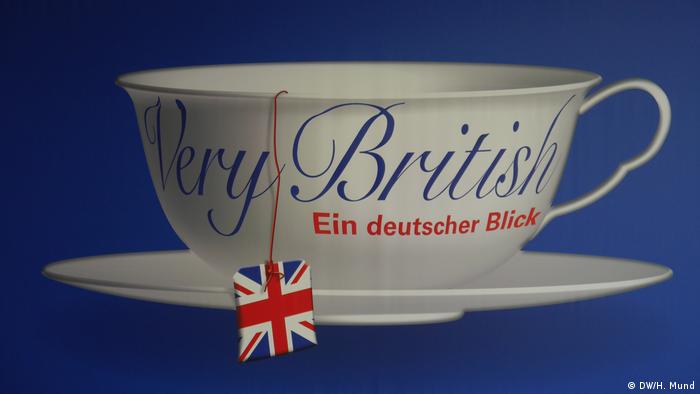 A new exhibition at the Haus der Geschichte in Bonn examines how the relationship between Germany and Britain has evolved since 1945. The curators of "Very British — A German Point of View" dove deep into the British-German relationship to find the objects that have brought the two nations together over the past six decades.

They even managed to find the famous tiger skin from the British New Year's Eve sketch "Dinner for One" in a private collection. In Great Britain the mention of this strange TV piece draws blank faces, but in Germany it has a cult following.

Presented in eight unique sections, the exhibition begins with the German dismay at the Brexit vote, which is reflected in Jacques Tilly’s "Brexit gun" design for a Carnival parade float in Düsseldorf in 2018. 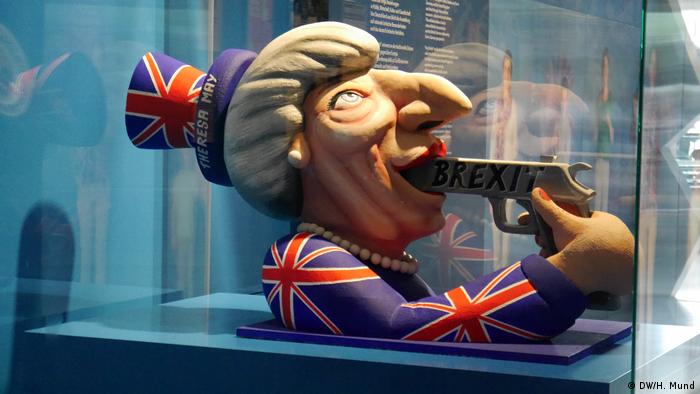 The exhibition especially focuses on how the Germans saw their English neighbors and their cultural quirks — particularly up until German reunification in 1990. The headline "Spinnen die Briten?" (Are the British crazy?) on the front page of an old newspaper could also be from today in the context of Brexit.

Britain's imminent exit from the EU also had exhibition organizers in Bonn wondering if the show would go ahead. There were concerns that the shipments of the exhibition pieces might have problems reaching Germany. A hard Brexit could have been a death knell for the exhibition project that was conceived in 2016.

This led the director of the National Football Museum in Manchester, Tim Desmond, to transport the precious leather football used in the legendary 1966 World Cup final between Germany and England in his own private luggage. The day before the opening of the exhibition, he himself placed it in the display cabinet at the Haus der Geschichte.

After the 1966 World Cup final — won by England 4:2 — German player Helmut Haller took the precious ball with him and secretly brought it to Germany as a souvenir, a move that was not exactly beneficial to the German-British friendship. It wasn't until 1996 that England's Football Association officially received the trophy back from Germany. 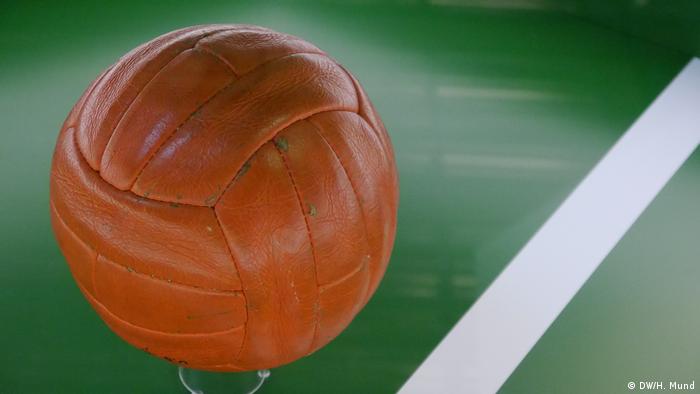 Other valuable exhibits were lent to Germany with special permission from Queen Elizabeth II. An entire exhibition room is dedicated to the Royal Family.

In the center sits the royal crown of George I, who came from the northern German city of Hanover. His reign represents the German roots of the British royal family. The valuable headdress is one of the crown jewels and is kept in the Tower of London. It is not allowed to leave the country without the Queen's permission.

The admiration for the British monarchy is unbroken in Germany, as the exhibition in Bonn shows. Conveying how Germany's interest in the royal family has evolved over time, the exhibition especially focuses on the new generation of royals, including kitschy souvenirs such as plates and key rings featuring portraits of Prince William and Kate Middleton, as well as Prince Harry and Meghan Markle.

Read more: 5 things you probably never would have guessed were presents to Queen Elizabeth II

The exhibition explores how German-British relations were given a new political foundation after the end of World War Two. During a speech in Zurich in 1946, former British Prime Minister Winston Churchill spoke for the first time of the "Iron Curtain" dividing the Soviet-controlled Eastern Bloc from the rest of Europe. In 1956, Churchill was awarded the Charlemagne Prize in Germany for his political foresight.

The 1948-49 Berlin Airlift that wrote another chapter in British-German history is a central part of the broad history presented in "Very British." During the Cold War, the Soviets blocked the Western Allies' railway, road, and canal access to the parts of Berlin under Western control. In addition to the Americans, the so-called "raisin bombers" of the British Royal Air Force flew in food and essential supplies for the starving Berlin population. This helped to force Stalin to lift the blockade in May, 1949. 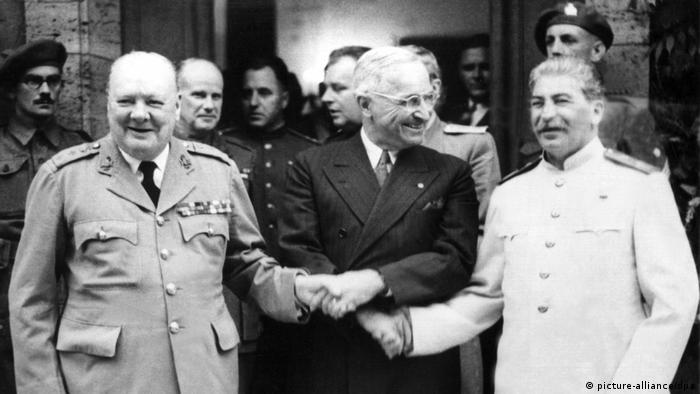 The heavily bombed city of Berlin that sat on the frontline of the Cold War became a playground for espionage services from all over the world. British writers such as John le Carré and later Timothy Garton Ash who spent time with Germany were targeted by the Stasi and KGB, the German Democratic Republic and Soviet secret services. Spy novels became bestsellers in post-war Germany and many were turned into successful films, as the exhibition's extensive display of book and film artifacts show.

Every Friday, BBC Radio would read out letters from critical GDR citizens that were smuggled out of East Germany using secret mailboxes — a largely unknown chapter that the exhibition sheds light on. The British soldier broadcaster BFN thrilled young people in Germany with its popular culture and music programs. DJ and presenter Chris Howland, known as "Mr. Pumpernickel," became a star in West Germany.

Bands like the Beatles and the Rolling Stones became Britain's greatest musical exports in the 1960s and fans in Germany worshiped them like gods. Pop culture from the "Swinging Sixties" cultural revolution in London dramatically changed the German cultural landscape.

British music — from Elton John to Sting, from Ed Sheeran to Adele — continues to shape the German-British cultural exchange to this day, and the exhibits at the Haus der Geschichte in Bonn help to tell this evolving cross-cultural story.

The auction house described Winston Churchill’s half-smoked cigar as a "truly delightful relic of history." Who would bother saving a stinky cigar? (13.10.2017)

What Neil MacGregor's exhibition on German history reveals about the Brits

The exhibition "Germany: Memories of a Nation" was designed for the British public, but it's now shown in Berlin. Although focusing on Germany's past, it offers some explanations on current issues - like Brexit. (07.10.2016)

German international Helmut Haller has passed away aged 73 surrounded by his family in his birthplace of Augsburg in Bavaria. Haller had suffered from poor health for years. He spent much of his club career in Italy. (11.10.2012)