Islamic veils are a hot topic in Germany, particularly due to a growing Muslim population. Now, outcry over an academic conference on the issue has surprised even its organizer, who says freedom of speech is at stake. 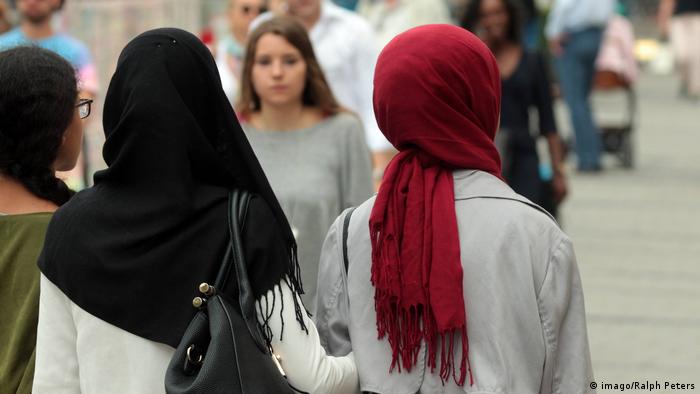 Islamic veils and headscarves remain the subject of heated public debate in Germany. Some view them as part and parcel of religious freedom; others as a symbol of women's oppression in Islam. The German court system has already taken up the issue of whether school teachers should be banned from wearing a partial headscarf or full veil — or any other openly religious symbols — in class. To complicate matters further, not all of Germany's 16 states see eye-to-eye on the matter, which is gaining in visibility due to the country's changing demographics.

Germany's Muslim population, which has rapidly increased in recent years due to immigration from Muslim-majority countries, was estimated at between 4.4 and 4.7 million people or approximately 5.5% of the country's total population in 2015, according to the Federal Statistical Office. The number is doubtless higher now, according to the agency, but there are no updated official figures.

With these demographic changes come societal debates — one of which, that of the Islamic veil, has been a continual source of discussion. The latest veil controversy, which made headlines all across Germany, has occurred over a planned academic conference — something that even its organizer did not expect.

Professor Susanne Schröter, who has been researching Islam in Europe at Frankfurt University since 2008, has planned a conference titled "The Islamic veil – Symbol of dignity or oppression?" for May 8. A small group of students has criticized the conference, accusing her of wanting to spread Islamophobic sentiment and calling for her resignation.

Zuher Jazmati, a member of the "Uni gegen antimuslimischen Rassismus" ("University against anti-Muslim racism") initiative told DW: "We do not believe a value judgment ought to be made on whether or not someone wears a veil. Making such a judgment is annoying for and a burden on any woman wearing one." Jazmati believes that such discussions even encourage violence against Muslim women.

He also opposes several of the invited conference speakers. Jazmati takes issue with the attendance of German journalist Alice Schwarzer, who publishes Emma, a feminist magazine. He also opposes Islam critic Necla Kelek, whom he accuses of having expressed highly contentious statements in the past and of perpetuating a racist discourse. "When we discuss this topic we should do so with women in attendance who wear a veil so they can speak for themselves," Jazmati underlines. 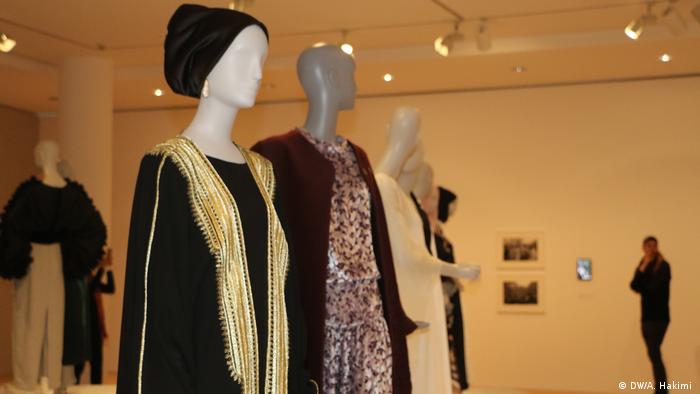 Schröter is adamant that the event will go ahead as planned. She told dpa press agency: "I assumed that this would be just a regular conference that would not stir controversy. After all, we have been discussing the Islamic veil for nearly 20 years now." While she said the Islamic veil had indeed become a hotly debated topic, she underlined that the conference had been planned merely to contextualize the controversial "Contemporary Muslim Fashions" exhibition at Frankfurt's Museum of Applied Arts. The professor noted that proponents of the veil, like theologian and Quranic expert Dina El-Omari, who herself wears the covering, have been also been invited to the conference. 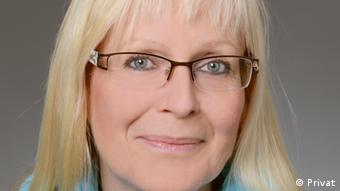 Professor Schröter: Universities should be about exchanging a diversity of opinions

Still, Schröter is known for her critical view of Islamic veils. In August last year while attending a conference of the nonprofit women's rights organization Terre des Femmes, she reportedly stated that the covering impedes women's freedom and is often "tied to a whole bundle of restrictions."

In early April this year, she published an article in German daily Frankfurter Allgemeine Zeitung titled "What does God have against showing hair? Those who favor Islamic fashion should be aware of its repressive nature."

Freedom of speech under threat?

Meanwhile, the German Association of University Professors and Lecturers (DHV) warned that freedom of speech was under threat at German universities. "Dissenting opinions must be respected and tolerated," insisted DHV president Bernhard Kempen. Differences of opinion must be resolved through debate and not by boycotting, bashing, mobbing or violence, he stressed.

Birgitta Wolff, the president of Frankfurt University, has backed Schröter, stressing that it is part of her job as professor to organize academic conferences at which differing opinions are voiced. 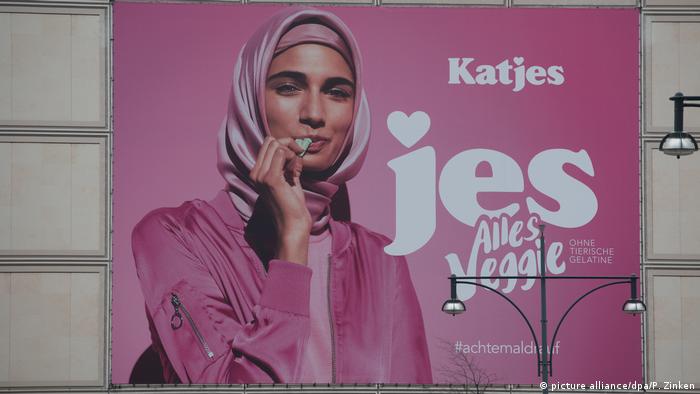 German advertising has increasingly oriented itself toward the Muslim market segment, as shown in this gummy candy ad

Schröter says that universities should be about freedom of speech and a plurality of opinions: "Universities are a place for discussions, not a place where small lobby groups decide what can and cannot be said." In an interview with German daily Die Welt, Schröter said critics have tried to "intimidate" and "defame" her, and that they were attacking the principle of free speech, adding that they were accusing her of "anti-Muslim racism" because they reject all criticism of Islam.

At present, it looks unlikely an amicable solution to the conference dispute will be found. Jazmati says that the list of invited speakers means neither he nor other members of his organization will attend the event, though he says he will look at conference excerpts released afterwards to see if the things his organization expected did happen. So far, there has been no direct communication between Schröter and the group Jazmati represents.