A new study has found that 54,000 high school students in Germany receive Islam religion lessons — but 10 times as many would be interested. Experts say religion classes encourage integration and counter extremism. 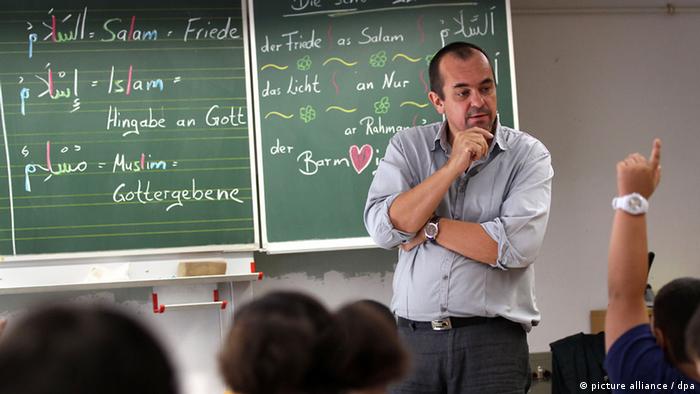 Around 54,000 students at 800 schools across the country currently receive Islam religion lessons, a significant increase on the 42,000 who attended such lessons two years ago, according to official statistics from Germany's 16 state education ministries.

But this is still much less than the 580,000 students who would potentially be interested in such lessons, a number that came out of a 2008 report entitled "Muslim Life in Germany" carried out by the Federal Office for Migration and Refugees (BAMF). Given that this survey was carried out before the recent refugee influx into Germany, that figure is likely to be even higher now. Though exact figures are not known, Rauf Ceylan, professor for contemporary Islamic studies at the University of Osnabrück, believes the number of Muslim children aged six to 18 at German schools is around 750,000 to 800,000.

That survey also found that an additional 70,000 students would be interested in Alevi Islam lessons — currently only 800 students attend such classes in the whole of Germany, Mediendienst Integration found, after collecting data from the state education ministries. "That's pretty ridiculous," is Ceylan's clipped judgement. 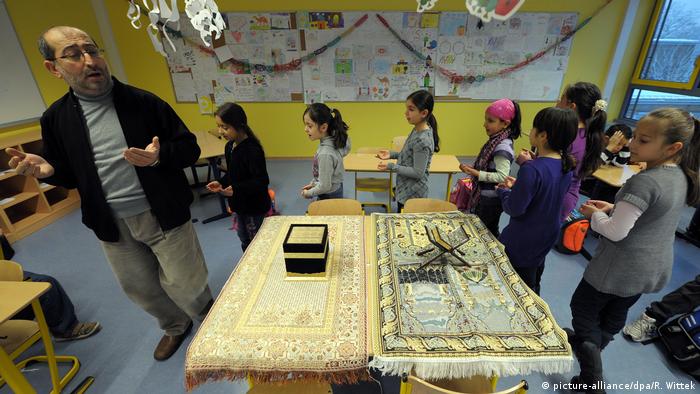 In Germany, almost all education policy is determined at state level, and each state has a different approach to teaching religion — some states allow input from churches or religious organizations, others administer everything through the state, while two, Hamburg and Bremen, only have unified religious lessons that include different faiths. Meanwhile, in all eastern German states except Berlin, there is no Islam option in religious classes at all.

"It's clear that there's demand for more Islam religious lessons," said Ceylan, but he cautioned that it wasn't exactly clear how much. "The question is: what is the potential? You'd have to know what the parents want — what about the secular Muslims?"

For Ceylan, various factors have led to the shortfall — there's a lack of religious studies teachers in Germany, for one thing. Secondly, he said, the school directors have to think it's important that Muslim children have a religious education option. "Then, at least 12 children need to be found who want to take part, and an application has to be made, and the parents have to be informed that this possibility exists," he added. "It's not just a systemic problem."

A constitutional right to religious classes

Offering religion lessons for Muslim children is a fairly new idea in Germany. "We have three pillars of religious education in Germany: the family, the community — in other words, the church or mosque — and the school," said Ceylan. "The family can be very vague, the mosques are mainly simply about passing on the faith, whereas in schools, the idea is to educate the student to religious maturity so that they are in a position to choose their own faith. And we are a long way from introducing that."

Ceylan underlined that the idea of Islamic religious education was not simply to learn to interpret the Koran, but to "reflect on it critically." "It's about learning the skills to organize religious content, to analyze it, and to be able to compare religions, which is important when you live in a society that is multi-religious, and that has atheists and agnostics," he said. "The aims of religious lessons are meant as a complement to the general aims of the educational system."

Musa Bagrac, an Islamic studies teacher in Hamm, North Rhine-Westphalia, and chairman of the association of Islam studies teachers, which helps shape the religious curriculum in the state, argued that German Muslim students had a constitutional right to attend Islamic religious classes guided by religious associations, and that ethics classes were only intended for those who described themselves as non-religious. "Our association works from the German constitution, which protects religious studies as a subject in school," he said.

He was referring to Article 7 of Germany's Basic Law, which includes a paragraph that has created a lot of legal paperwork in recent decades: "Religious instruction shall form part of the regular curriculum in state schools, with the exception of non-denominational schools. Without prejudice to the state's right of supervision, religious instruction shall be given in accordance with the tenets of the religious community concerned," it reads. 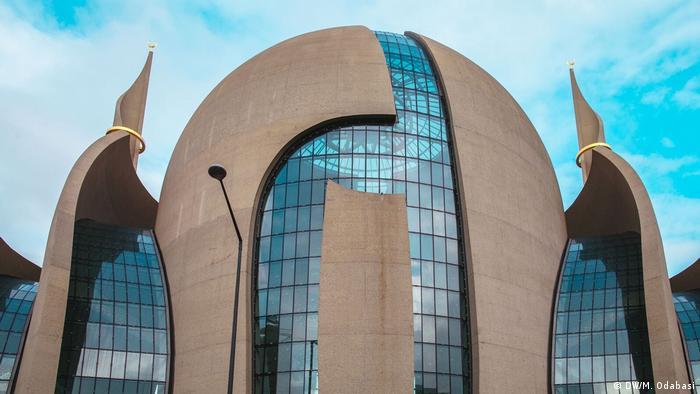 But one Berlin high school teacher, herself of atheist background, was skeptical of the whole idea of religious education. Her school, 95 percent of whose students are Muslim, offers only mandatory ethics classes, which cover religions as well as abstract philosophical concepts.

"If you asked my Muslim students they probably would say they would like Islamic lessons at school, but I would be like: No way! You go to mosque anyway — you don't need to have it at school as well," the teacher, who wanted to remain anonymous, told DW. "If they should have any lessons in that kind of thing, then probably for them it would be good to learn about the Christian culture."

"I think students should be informed about the major religions, where they come from, what their principles are, and maybe discuss something like abortion from these different viewpoints," she added. "But I think anything that is about how you practice that religion should be outside school. That's why we have the division of church and state."

But Bagrac argued that it was important that Muslim students were taught about their religion in German, rather than Arabic or Turkish, and "under state supervision." "That has side effects like helping to prevent radicalization and encouraging integration," Bagrac told DW. He said that his classes cover the history of Islam, and questions about friendship, prayer, speaking to God, what happens after death, what are religious commandments, and how to understand and counter extremism from a religious point of view.

North Rhine-Westphalia's government is on the defense after a plan to legally ban girls from wearing headscarves in school sparked controversy. Germany's anti-discrimination head said a ban could marginalize Muslim kids. (11.04.2018)