A state court has denied Muslim associations permission to introduce religious lessons in schools in North Rhine-Westphalia. But the associations say they'll keep trying to bring lessons on Islam to Muslim children. 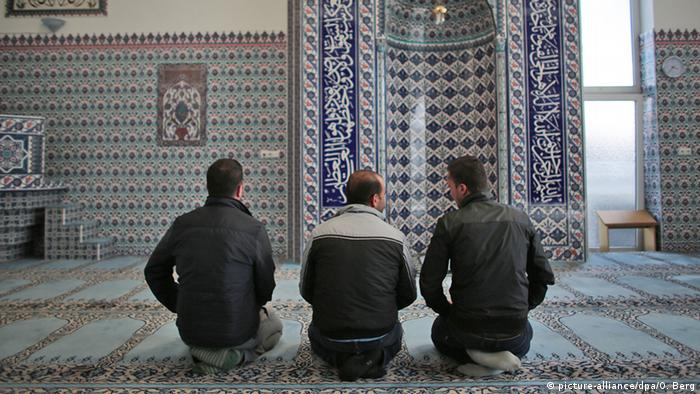 Two of Germany's biggest Muslim federations, the Central Council of Muslims in Germany (ZMD) and the Islamrat ("Islam council"), have failed in their bid to get schools in the western state of North Rhine-Westphalia (NRW) to adopt Islamic religious lessons.

The higher administrative court in Münster turned down the federations' suit last week on the grounds that they did not fulfill all the criteria of a religious association as defined by the German constitution, and so could not claim the same privileges that the Protestant and Catholic churches have in Germany.

The court said that the two associations do not possess the necessary authority over Germany's Muslim community to claim the status. While the state's Education Minister Yvonne Gebauer welcomed the decision, both the associations issued statements expressing their disappointment.

"We regret the decision … because first and foremost it does not offer the undisputed needs of Muslim children in schools in North Rhine-Westphalia any secure prospect for the future," the ZMD said. "Once again an important opportunity to jointly create a constitutionally stable model other than the NRW council model, which expires in 2019, has been lost." 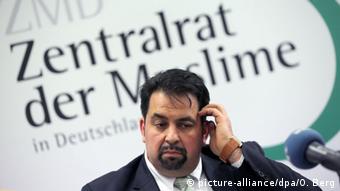 ZMB chairman Aiman Mazyek was disappointed by the ruling

In 2012, NRW introduced temporary Islam lessons under state supervision. The content and form of the program, which runs out in 2019, are determined by an eight-person council made up of representatives of various Islamic organizations as well as the NRW Education Ministry. The council also issues the teaching certificates to applicants.

The Islamrat said the court had missed a chance to send an "important signal to the Muslims in the country and an important step towards providing them a home in Germany." The association also criticized what it saw as the state government's failure to hear official assessments of its status, and added that it would continue to "work constructively on the permanent establishment of an Islamic religious class."

But – apart from notes of approval from members of the anti-Islam party the Alternative for Germany (AfD) – liberal Muslim voices also welcomed the decision. Lamya Kaddor, Islam scholar and one of the religious education teachers approved by the NRW council under the experimental scheme, wrote that the judgment was right, though "less from a legal standpoint than a social and political one."

In an editorial written for the T-online media portal, Kaddor argued that the Muslim federations represented on the council represented more conservative Islamic views, and that none represented liberal interpretations of Islam. Not only that, Kaddor argued that none of the Islamic federations should be recognized as legitimate religious institutions, since that "would only institutionalize a splintering of Islam that no one can get a handle on anymore."

"Every neutral observer of the Muslim community will confirm that the big Muslim associations do represent a significant, but still only a single, faction of Muslims," she wrote.

Hans Michael Heinig, a professor of church law at the University of Göttingen, thought that the public discussion about the issue was "bordering on the non-serious." "There's a lot of politics and very little understanding in these debates," he said. But the decision itself left plenty of legal questions hanging, he argued. 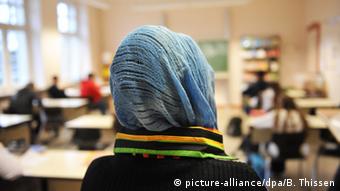 Around 4.7 million Muslims live in Germany

Last week's decision is the culmination of a 20-year legal battle that appeared to have been set aside by the temporary program solution – but Heinig thinks that the argument the court used did not cover all the Islam associations. Had Germany's largest association, the Turkish-led DITIB, which is partly controlled by the Turkish government, brought in a similar suit, "the court couldn't have made the same arguments. There's no doubt that it has the relevant authority," he said.

The crux is whether the ZMD and the Islamrat can speak for Germany's Muslims. The two associations together only represent about 45,000 people. "It can only be about the members – the Protestant church in Germany can only speak for members of its church and not for free Protestant communities," said Heinig. "And the Catholic Church can't speak for everyone who was baptized."

Michael Wrase, public law professor at the University of Hildesheim and research fellow at the Berlin Social Science Center, suggested that the criteria that the court used was incompatible with Islam's non-hierarchical structure – in particular the assertion that the associations need to have authority over points of doctrine.

"It's difficult for these organizations because it's not like the structures of Christian churches; these are associations of mosques that don't have central representation – that just doesn't exist in the Muslim faith," he said. "There is no single Muslim 'church' – and, apart from the imams, there is no hierarchy with certain authorities who can decide certain questions of faith."

Wrase also noted that the exact same court delivered another verdict against a Muslim boy who did not want to attend Catholic mass in a state school last year. Last week, a suit brought by the boy's family was turned down by the Constitutional Court.

"It's certainly noticeable that in two cases directly following each other there were two decisions that ran contrary to the integration of Muslims into the German school system," he said.

Turkish consulates in Germany may have urged teachers and parents to inform on instruction critical of the government. The state of NRW is looking into the allegations. (23.02.2017)