The women's rights organization "Terre des Femmes" has launched a petition calling for a headscarf ban for minors in schools and daycare centers in Germany. But the initiative has courted controversy. 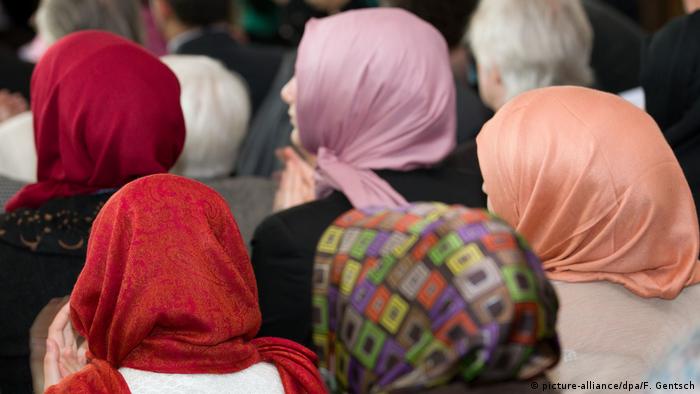 A girl below the age of 18 wearing a headscarf? The human rights organization "Terre des Femmes" believes it is morally wrong and is demanding that the German government ban headscarves for girls in schools and daycare centres. On Thursday, the group presented a petition, launched in June on their website, to the public.

"Terre des Femmes" argues that girls who wear headscarves during childhood are not able to decide against it later in life, and that the number of girls wearing headscarves in many schools and kindergartens has increased. The group not only sees the headscarf as a symbol of Islam, but rather as a symbol of the discrimination and sexualization of minors. There are, however, no concrete figures on the number of children who wear a headscarf.

Among the initial signatories of the petition are actress Sibel Kekilli, women's rights activist Alice Schwarzer, the Green party mayor of Tübingen, Boris Palmer, the liberal Muslim lawyer Seyran Ates and the Islam expert Ahmad Mansour. Organizations such as Germany's Federation of Paediatricians and the German Professional Association of Gynaecologists are also participating in the campaign. "We see the children's headscarf as a violation of children's rights," said the director of "Terre des Femmes," Christa Stolle.

Germany's most populous state, North Rhine-Westphalia, has already unveiled proposals to prohibit schoolchildren under the age of 14 from wearing headscarves.

The plan is to submit a list with at least 100,000 signatures to Justice Minister Katarina Barley in October. So far, however, they have gathered fewer than 10,000.

The headscarf has been subject to public debate over the past few years. And recently, court rulings banning the headscarf in classrooms caused a stir among Muslim, female teachers. Yasemin Okutansoy, a teacher of Islamic religious studies, is one of them. She confirmed to DW the impression that more girls are coming to school wearing headscarves. However, according to her observations, they are wearing it voluntarily, even "students whose mothers do not wear headscarves."

The teacher rejects regulations or prohibitions of the practice. "I have nothing against girls who wear punk hairstyles," she said. "We have religious freedom, and everyone should decide for themselves how they want to dress."

The director of the Federal Anti-Discrimination Agency, Bernhard Franke, takes a similar stance. He believes that a ban on headscarves for children would create more problems than it solves. "Those who want to ban the Muslim headscarf in schools are contributing to schoolgirls feeling marginalized and discriminated against," Franke told DW. It would further reinforce existing feelings of discrimination and exclusion, he said.

A ban at schools and kindergartens is also legally complicated. "If you want to ban just the headscarf, you would face some problems constitutionally," said Franke, because it would treat Muslim students unequally in their fundamental right to religious practice. "A headscarf ban in schools would ultimately result in a ban on wearing other religious symbols, such as the crucifix or kippa."

In addition, there is a risk that girls who view their headscarves as an integral part of their religious practice would be discriminated against by such a ban. "In that case, if you forbid her, you would be violating the prohibition of religion discrimination," he explained. Although Franke believes the petition will certainly gain attention, he could not gauge whether or not it will actually lead to a headscarf ban.

"Terre des Femmes" also admits that the petition will face considerable public headwind. Large online platforms will not spread their petition, called "Den Kopf frei haben" (roughly  translated as "Free your head — and your mind"). According to the organization's director Christa Stolle, many people do not want to position themselves against the children's headscarf, for "fear of being labeled a racist or right-wing populist."

A Muslim legal trainee was again denied permission to wear a hijab in court. A judge ruled in favor of a headscarf ban one month before a new law comes into effect and puts an end to years of debate. (07.03.2018)

The Norwegian government has proposed a ban on full face veils in schools and universities. The law would apply to students taking part in introductory programs and language courses for newly-arrived refugees. (12.06.2017)