The state's so-called neutrality law is more important than the right to religious expression, said Justice Arne Boyer. A court spokesman said children "should be free of the influence" of religious symbols. 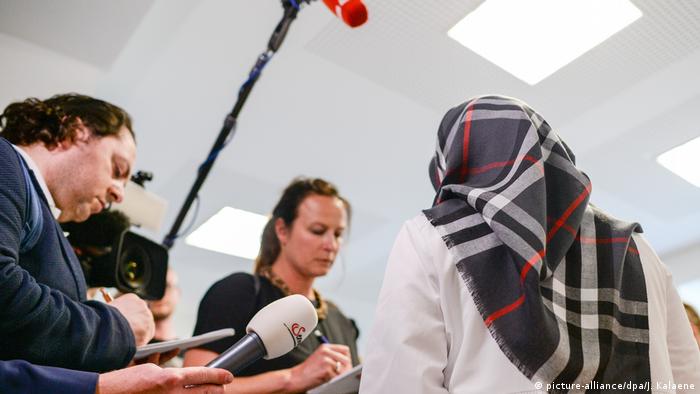 A Berlin court on Wednesday ruled that city authorities took the right decision to uphold the state's neutrality law by barring a primary school teacher from wearing a headscarf during classes.

Under the city state's so-called neutrality law, public employees are prevented from wearing overt religious symbols and clothing. Justice Arne Boyer said such neutrality takes precedence over the right to free religious expression.

Read more:  Can Muslim women wear a headscarf at work in Germany?

"Primary school children should be free of the influence that can be exerted by religious symbols," said Martin Dressler, a court spokesman.

The court, however, said the plaintiff could continue teaching older students in a public secondary school if she desired. The teacher, who was not present during the ruling, filed a lawsuit against the state, claiming she was denied the right to religious freedom.

In 2015, Germany's Constitutional Court ruled that a blanket ban on teachers wearing headscarves was against the right to religious freedom. However, states have dealt with the matter in varying ways.

Last year, a Muslim teacher won a lawsuit against Berlin authorities, arguing that they had discriminated against her because she wore a headscarf. The teacher was awarded €8,680 ($10,300) in compensation, but the court said it was a one-off ruling.

Monday's ruling comes at a time of heated debate over the use of religious symbols in public offices after Bavarian Prime Minister Markus Söder ordered Christian crosses be hung in all state buildings. The move was criticized by lawmakers and Catholic officials.

In 2003, Germany's Federal Constitutional Court ruled it illegal to prohibit Muslim teachers from wearing headscarves at school. Eight German states enacted laws to ensure the headscarf stays out of the classroom. (24.09.2013)

Yarmulke, mitra or veil: religious head coverings across the globe

Followers of various religions wear special head coverings to express their faith and show humility and dignity. Yarmulkes, mitras, veils and turbans are made of a great variety of materials. (25.04.2018)

For the first time in the history of the Oberammergau Passion Plays, a Muslim called Cengiz Görür takes a leading role. Almost all the local residents participate in the plays.