Berlin's Labor Court has ruled that the city violated a teacher's rights by denying her a job. The woman had been told that she could not wear her headscarf while working because of an ideological neutrality law. 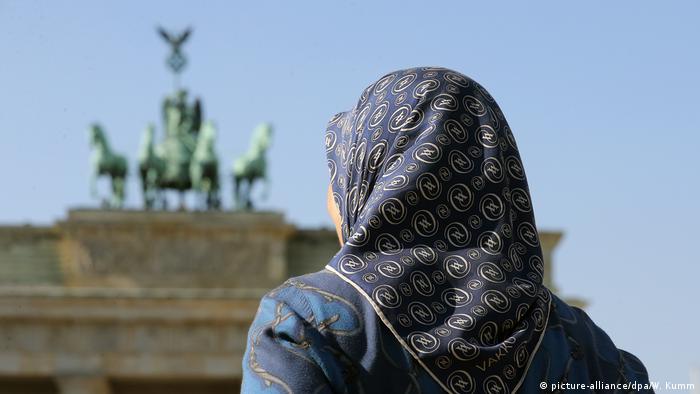 Berlin may not deny candidates for teaching positions at public schools because they wear a Muslim headscarf, a court ruled on Thursday. The decision came after a woman was told she could not teach at an elementary school because her hijab violated the state of Berlin's neutrality law.

The defendant, who had worked in Berlin as an Islamic religious studies teacher for several years, had appealed a January 2015 decision in favor of the state government. Now, she has been awarded two months salary and part of her legal costs as restitution from the government.

"We are very satisfied and relieved," said her attorney, Maryam Hashemi.

The court ruled that it was within the school's purview to grant the defendant an exception to the neutrality law on the grounds of religious freedom. By simply dismissing her candidacy because of the hijab, the court said, the school had broken anti-discrimination statutes. Berlin would have had to prove that wearing a headscarf constituted a "concrete threat to peace at the school," which it was unable to do.

The state argued that it had tried to come to an agreement with the applicant, suggesting that she wear a wig instead because it was "ideologically neutral." The defendant's lawyer scoffed at the suggestion, saying that "for religious reasons," wearing a wig was out of the question.

Germany's top court has already ruled twice that all-out bans on Muslim headscarves in the public sector are unconstitutional. Germany has eschewed decisions made by neighbors like France and the Netherlands in cracking down on the wearing of Islamic religious garb such as the burka.

The state of Bavaria has said it will appeal a district court's ruling that a ban on the headscarf for legal trainees is illegal. The court's ruling could pave the way for headscarf wearing legal officials in Bavaria. (30.06.2016)