Two Muslim mothers wearing headscarves have been prevented by two other parents from entering a nursery school on the French island of Corsica. The incident comes amid simmering intercommunal tensions in France. 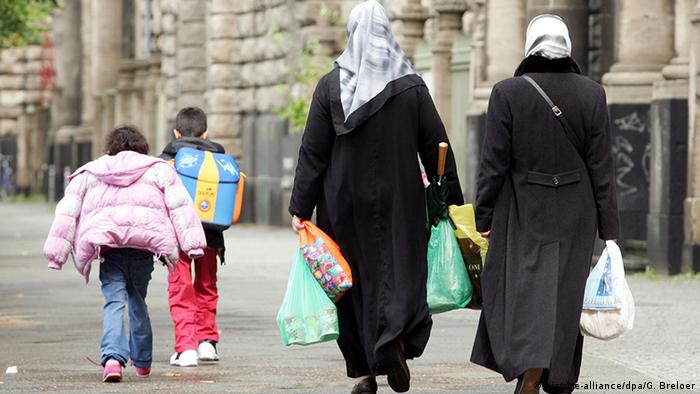 As children returned from the summer break on Monday, two mothers dropping their children off at nursery in Bonifacio, southern Corsica, were stopped by two other parents.

Local prosecutor Eric Bouillard confirmed the two women, wearing Muslim headscarves, "were stopped by two men, two brothers, who thought it wasn't right that their children are not allowed to wear emblems of their religion at school and yet these women could enter with their veils."

Police and a school inspector were also sent to the scene "and the situation calmed down."

"There was no violence, no threats, and therefore no laws broken," Bouillard said.

A panel discussion was due to take place at the town hall later on Monday afternoon.

The students' parents demanded "an explanation, because our children are reprimanded if they're seen wearing the [Christian] cross."

Although staff and pupils at French schools are banned from wearing religious symbols, parents are not.

France has a long history of secularism, but its current regime is based on a 1905 law which separates the state from religion. It was the first European country to ban the Islamic face veil in public in 2010, six years after outlawing the headscarf and other conspicuous religious symbols in state schools. However, it is not illegal to wear a headscarf in public.

Monday's incident came amid growing intercommunal tensions in France, particularly in the country's southern coastal region and Corsica, where a burkini ban by up to 30 local authorities divided opinion and ended up in the courts. Despite the controversy, the full-body swimsuits remain a rare sight in France and are worn by a relatively small number of Muslim women.

A court in Nice finally suspended its ban on the Islamic swimsuit on Thursday, however, after authorities there defied an earlier ruling by the country's highest administrative court.

The string of bans came after the full-body swimsuit allegedly sparked violent clashes in Corsica, the latest in a series of incidents that have raised tensions between local Muslims and their neighbors.

In December, Corsican demonstrators ransacked a Muslim prayer hall and set fire to copies of the Quran, the Muslim holy book.

Relations have deteriorated further following a jihadist attack in Nice on July 14, in which 86 people were killed by a truck driver.

German Chancellor Merkel's conservatives say they are considering a proposal to ban the wearing of full-face veils. This comes as a third French town forbids Muslim women to wear the "burqini" swimsuit while bathing. (15.08.2016)