Can Muslim women wear a headscarf at work in Germany? | Germany| News and in-depth reporting from Berlin and beyond | DW | 24.09.2014

Can Muslim women wear a headscarf at work in Germany?

Germany’s constitution guarantees the free exercise of religion. But Muslim women often have to defend themselves in court when they want to wear a headscarf at work. 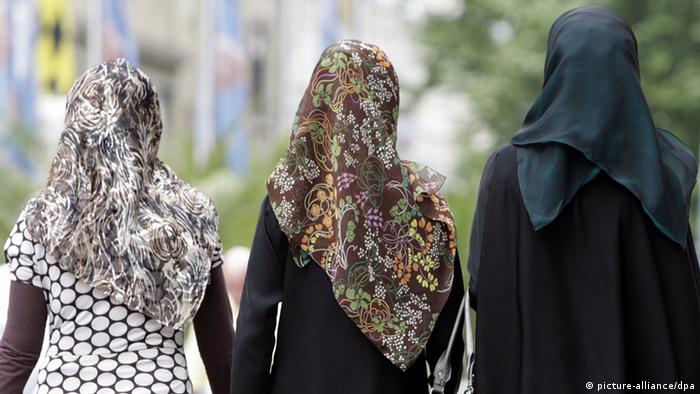 A German labor court ruled Wednesday that church institutions are permitted to ban the wearing of the Muslim hijab headscarf at work if they see it necessary. The ruling was not the first time the issue of headscarves at work was addressed by German courts.

Legal disputes in German courts surrounding the wearing of headscarves first started 15 years ago, when a Muslim woman filed a lawsuit in 1998. She wanted to keep wearing an Islamic headscarf while at work as a teacher in the German state of Baden-Württemberg. Originally from Afghanistan, Fereshta Ludin became a German citizen in 1995 and intended to pursue a civil service career. But Baden-Württemberg's minister of culture refused her admission into school teaching, arguing that teachers in Germany had to remain neutral towards pupils in matters of religion and faith. In a secular state like Germany, this was one of the most crucial priorities in civil service, the minister stressed.

In the course of the legal dispute that ensued, and with the intention of passing fair judgment, judges searched for a legal basis on all levels. They explored the question whether the Koran stipulates the obligatory wearing of headscarves for Muslim women. Supporters of that thesis see surah 24 as proof. But followers of different legal doctrines interpret the surah differently.

Next, the judges assessed the question whether German law bans the religiously motivated wearing of headscarves. But no such document was found. The result was that Germany's Constitutional Court in 2003 lifted the ban on admission to school teaching. The state of Baden-Württemberg reacted by passing a new school law, banning Muslim teachers from wearing the headscarf while teaching at public schools. The problem then and now was that not all German states followed suit. In eastern Germany, ministries have refrained from taking sides, while North Rhine-Westphalia, Germany's most populous state, did adopt a similar headscarf ban.

Then the legal U-turn: an administrative court in Stuttgart in 2006 lifted the headscarf ban in Baden-Württemberg again, arguing that religious equality had to be maintained and that if Christian nuns were allowed to wear their religious attire then the Islamic headscarf had to be accepted, too. That triggered a situation of confusing legal chaos, requiring assessment on a case-by-case basis.

Why the controversy continues 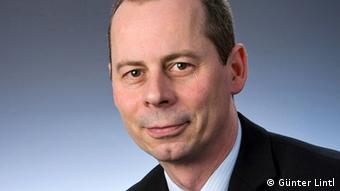 Thomas Brinkmann, a lawyer specializing in labor and social law with Wuppertal-based law firm Hopfgarten, said he and his colleagues have closely followed cases and rulings regarding the wearing of headscarves for years. Brinkmann stressed that German courts do not pass rules willy-nilly, and added that he has not observed neither an anti-Islamic tendency by German courts, nor inappropriate concessions to Muslims for fear of being accused of anti-Muslim tendencies. "I haven't seen that," said Brinkmann, adding that no single general law could suddenly end all legal disputes as freedom of religion is a guaranteed right in Germany.

"You have to take into account both sides' interests - employees' as well as employers'," the lawyer said. A Muslim judge in Berlin, for example, was not allowed to wear her headscarf at work, because the state of Berlin has banned all civil servants from wearing any type of religious symbol. Those symbols include Christian crosses as well as the Jewish kippah. The state of Berlin wants to stress the fact that there's equal treatment of all religions in the public sphere, said the lawyer. 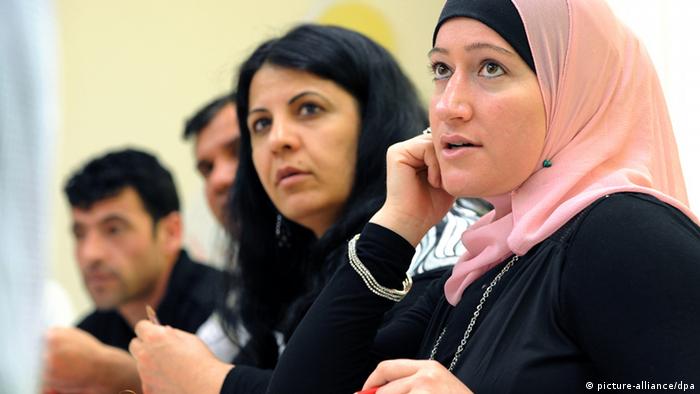 The situation is more difficult in the private sector, according to Brinkmann. "The courts tend to look at just how religious the person really is, how long they have been wearing the headscarf for and how often they wear it in their spare time," he said. At the same time, employers generally find it difficult to ban the wearing of headscarves when employees work in positions that don't require them to be in touch with clients who might take offense at the attire. Employers can only push for a headscarf ban when there's a basis for it in the work contract. But employers with a religious orientation, such as the church institutions covered in Wednesday's ruline, for example, of course don't have to accept it if one of their employees expresses their confession of a different faith.

In short, German courts do not pass arbitrary judgment, which is why the Central Council of Muslims in Germany had not criticized any court rulings, according to Brinkmann.

"I have understood every ruling so far," he said.

Brinkmann added that the courts tend to now put a stronger focus on the right to free exercise of religion. "That happens more often than in the past," the lawyer said. And this feeling is shared by many other judicial officers.

According to figures published in 2009 by the Federal Office for Migration and Refugees, 25 percent of Muslim women in Germany aged 16 and older wear a headscarf. Some 70 percent never wear one.

Ever since the shooting death of Michael Brown, the racism debate has dominated the US media. But German media also often perpetuate stereotypes of ethnic minorities, instead of breaking down prejudices. (18.08.2014)