The German Labor Court has ruled that church establishments may ban staff from wearing Islamic headscarves if they wish. The ruling comes after a nurse made a complaint against a Protestant hospital in 2010. 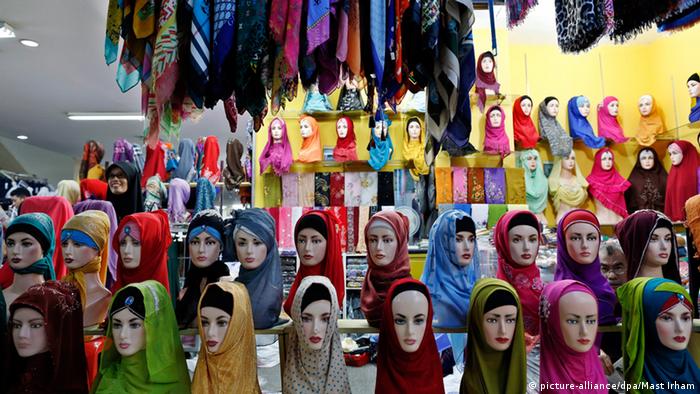 The Federal Labor Court in Erfurt, eastern Germany, ruled on Wednesday that church institutions are permitted to ban the wearing of the Muslim hijab headscarf at work if they see it necessary.

The court spokesperson said that employees of a church establishment are obliged to remain at least neutral towards the Christian faith. This new ruling consequently includes the headscarf which is worn by many Muslim women around the world.

The decision comes after a Turkish-born nurse was told that she was not permitted to wear her hijab at work and took the hospital to court to seek compensation.

The 36-year-old had completed her nurse training at the Protestant Augusta Clinic (Evangelischen Augusta-Klinik) in Bochum, west Germany, between 1996 and 1998, going on to work there until 2006. Following the birth of her two children and an illness, she returned in 2010, donning a headscarf that she previously hadn't worn.

During the court case, the nurse defended her hijab and referred to the freedom of religion and general personal rights promised by Germany's constitution. The hospital, however, claimed that staff had banned the headscarf on hygienic grounds that prohibit staff from wearing their own clothing. "We don't expect her to confess her faith to Christianity," the hospital's lawyer said.

Following Wednesday's ruling, the nurse's case has now been sent back to a lower court over doubts as to whether the hospital was technically a church institution.

The hospital had previously ordered the nurse to remain neutral toward Christianity, claiming that patients and visitors would be under the impression that the church did not take seriously the basic principles of the faith and evangelistic mission.

In the 2003 case of a department store sales assistant in Karlsruhe, southwest Germany, the court ruled in favor of the employee, stating that management had been unable to clearly outline how the headscarf would cause "an impairment to the company or economic disadvantages."

In 2012 however, a German court ruled in favor of a school where a teacher wanted to wear a headscarf, on the grounds that she' was obliged to remain "neutral."

The Qatari national women's basketball team has forfeited a basketball game at the Asian Games after being told they would not be allowed to play wearing hijabs. Other Asian Games athletes have competed with hijabs. (24.09.2014)

A clause in Tunisia's draft constitution has sparked uproar and concerns that women's rights are under threat. Some Tunisian women are fighting back. (22.10.2012)