Saving is said to be a German virtue, something that can be easily believed if the country's whopping budget surplus is anything to go by. Yet what is good news for Germany may provoke ire further afield. 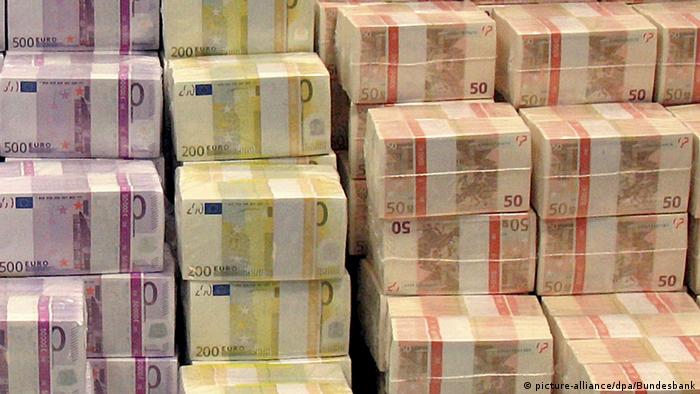 The German economy continues to power forward, despite concerns over how global trade conflicts could affect Europe's powerhouse.

Destatis, the country's main statistics office, released data on Friday showing that the country had notched up yet another six-month record budget surplus in the first half of 2018, taking in €48.1 billion ($55.6 billion) more than it spent from January to June when federal, state and local accounts were added together.

The surplus has increased by €18.3 billion, year-on-year.

On top of the bulging surplus is the news that the German economy grew at a faster pace in the second quarter of 2018 than it had in the first, rebounding to a rate of 0.5 percent from a 0.3 rate in Q1.

"Favorable employment and business developments, as well as a moderate spending policy" contributed to the surplus, which amounted to 2.9 percent of German gross domestic product (GDP), Destatis said on release of the data.

Germany has consistently posted huge budget surpluses in recent years. Earlier this week, the Munich-based Ifo Institute for Economic Research released a report which showed Germany was on course to record a trade surplus of €264 billion ($299 billion) this year, by a distance the largest in the world.

Export trade in goods is by a distance the main factor behind Germany's surplus, accounting for more than €200 billion of the total figure.

While the latest figures are ultimately a positive reflection on the well-being of the German economy, powering ahead despite rising global concerns, they are unlikely to be greeted with enthusiasm around the world.

Germany has been regularly criticized for consistently posting huge trade surpluses while lagging behind other rich countries in terms of investment, particularly when it comes to the military. Recent infrastructure failings have also cast German saving in a negative light.

US President Donald Trump has been a particularly vocal critic of Germany's surplus, saying the country's surging exports contribute to global trade imbalances.

However, pointing to the fact that Germany's import rate is growing at a faster pace than the export rate, ING-Diba economist Carsten Brzeski said the situation was more balanced than some of the criticism would suggest.

Beyond the surplus issue, the stronger-than-expected growth rate for Q2 suggests the German economy is well-placed to weather any storms which come its way as a result of global trade tensions, driven in part by Trump's "America First" policies and ongoing trade issues with China.

The trade tensions between the US and the EU "were a threat but did not leave any significant marks on the economy," Brzeski added, but he warned that this could change fast if the current agreement with Washington fails to hold.

An extension to restrictions during the third wave of the coronavirus pandemic has hampered Germany's economic recovery at the start of 2021.