Germany's statistics office has said the German state last year logged the highest annual surplus since the country reunited in 1990. The result came on the back of record-low unemployment and low interest rates. 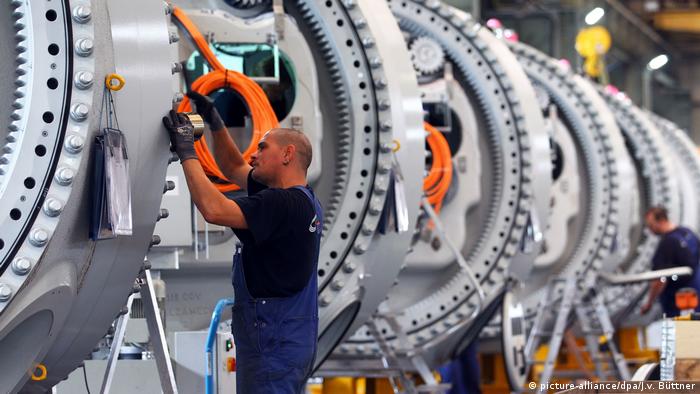 The German government, the country's 16 states and its communities posted a budget surplus of €36.6 billion ($44.9 billion) in 2017, the National Statistics Office (Destatis) reported Friday, slightly revising an earlier estimate of €38.4 billion.

The figure marked the fourth annual surplus in a row in Europe's powerhouse, which no longer has any difficulty sticking to the European budget deficit rules as laid down in the Maastricht Treaty, and which stipulate that governments' fresh borrowing must not exceed 3 percent of gross domestic product.

The positive result last year was again made possible by full order books and record high employment as well as by the European Central Bank's ultra-loose monetary policy and its low-interest policy in particular.

Destatis officials confirmed that Germany's economy grew by 0.6 percent in the final quarter of last year. The uptick was mainly attributable to a 2.7-percent increase in exports, compared with a 2-percent rise in inbound shipments.

For the whole year, the economy expanded by 2.2 percent, marking the biggest annual growth since 2011.

Economists from the Munich-based ifo economic institute doubt whether the same momentum can be kept up throughout this year, pointing to a drop in its monthly business confidence index.