German Catholic Church is losing priests and parishes | Germany | News and in-depth reporting from Berlin and beyond | DW | 22.09.2020 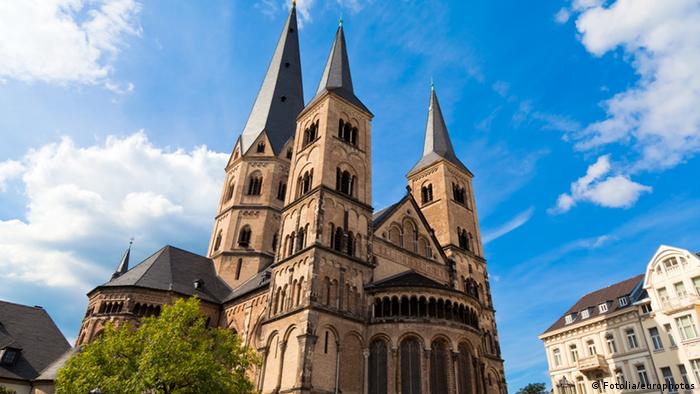 As head of the Bonn Münster, one of Germany's oldest churches, Wolfgang Picken is the Catholic Church's most recognizable face in the former German capital. More churches are about to fall under his purview, according to new plans from the Archdiocese of Cologne. 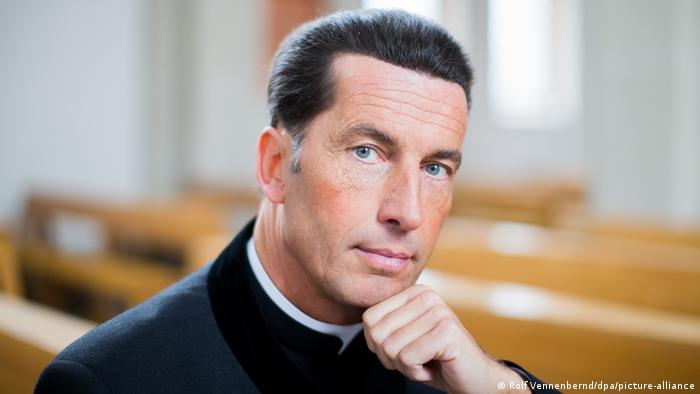 The end of the people's church

Restructuring is the church's new buzzword, given the sinking number of churchgoers and feared decline in church tax revenue. Cologne's Archdiocese is Germany's largest and one of the world's richest but plans to reduce its parishes from about 500 to 50 by 2030. One priest would oversee each enlarged community, such as in Cologne or Mainz.

"We can't act like we are still a people's church like it used to be," Picken said. "Those nostalgic days are over." That's why churches need to be restructured to "ensure they aren't a burden, but useful," he added. Picken wants to see the church again concern itself with the "substance" of belief.

The restructuring is the clearest consequence of a lack of priests, which Germany's church has been forced to confront internally for years.

The issue will be brought more into the open during this week's Bishops' Conference in Fulda in central Germany. Church officials face the challenge of averting a crisis while rebuilding its standing amid abuse scandals and debates with the Vatican.

In a July statement, the Vatican opposed the German church's plans, saying each church must be led by a priest. The statement frustrated church officials, as it was seen as a clear rejection of a plan to form teams of priests and laypeople working on equal footing to oversee administration and pastoral work.

"I had to swallow hard," said Thomas Sternberg, the president of the Central Committee of German Catholics (ZdK), after reading the Vatican's position. "I said to myself: 'Some of this is so divorced from reality and absurd.'"

Other bishops came out, too. Bamberg's Archbishop Ludwig Schick called the statement "theologically deficient," and said it caused more harm than good.

The diocese in Trier worked for years on reform, which the Vatican rejected in 2019. The plan foresaw turning 887 parishes into 35 enlarged ones, led by priest-lay teams. The Vatican-approved plan will result in 172 parishes, each led by a priest. Similarly, Mainz aims to have just 50 parishes by 2030, from 134 today, each with a priest at the helm. 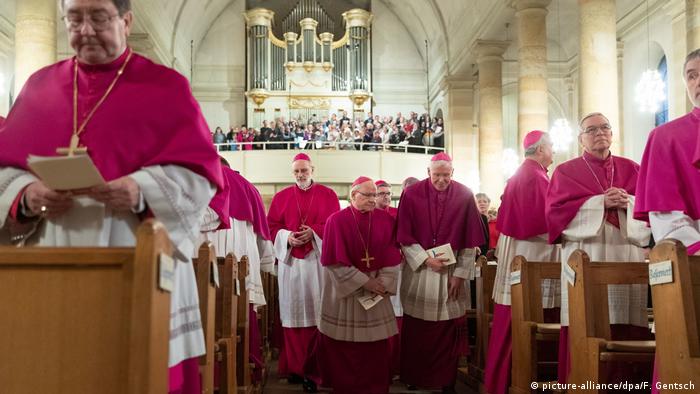 The creation of larger parishes could decrease overheads, but also increase the distance between churchgoer and the church. That has implications for Catholic communities, as well as Germany's societal landscape that extends beyond the church.

Gerd Landsberg, who leads Germany's City and Community Association, pointed to preschools, youth work, integration services and care for the elderly as just some of the roles the church plays in German society. In an interview with DW, he called on churches to remind their members of these roles and take them seriously, fearing that cities and municipalities could not take over many of these services should the church find itself unable to provide them, putting more pressure on the federal government to step in. Even major Christian relief organizations such as Diakonie and Caritas could face trouble meeting the needs of their communities.

"If these changes really came about, we would need a different social structure in just a few years," he said.

Many representatives of the church flock are "very critical" of reform plans, who see all the issues facing the church as connected: grassroots level frustration and those leaving the church, strict Roman Catholic tradition, and an ongoing focus on the role of priests.

"The church is tailored to the church," said Susanne Ludewig, a Catholic in Kassel and a member of the national organization, We Are Church.

Many Catholics, who grew up with a church in their life, want the experience of a church in their communities. "There's no future in needing to drive 50 kilometers (31 miles) to the nearest service," she said.

Ludewig will be in Fulda to demonstrate during the Bishops' Conference. We Are Church and a related organization, Maria 2.0, are calling on church officials to show more courage. For them, the lack of priests is connected to celibacy, which activists want to see fundamentally changed.

Correction: An earlier version of this article called Diakonie a Catholic organization, it is, however, a social welfare organization of Germany's Protestant churches.