Germany's top Catholic body said Friday that a record 272,771 people left the country's Catholic Church in 2019, and that the number of baptisms and weddings taking place in churches also dropped sharply.

The chairman of the German Bishops' Conference, Georg Bätzing, said the statistics could not be made to look good in any way and that the drop in baptism and wedding ceremonies showed the "erosion of a personal attachment to the church" particularly clearly.

The German Protestant Church (EKD) also had cause to be concerned about its membership numbers, with 270,000 people leaving in 2019, an increase of 22% on the year before. The figure equals that of 2014.

Read more: German church at the center of over 100 coronavirus cases 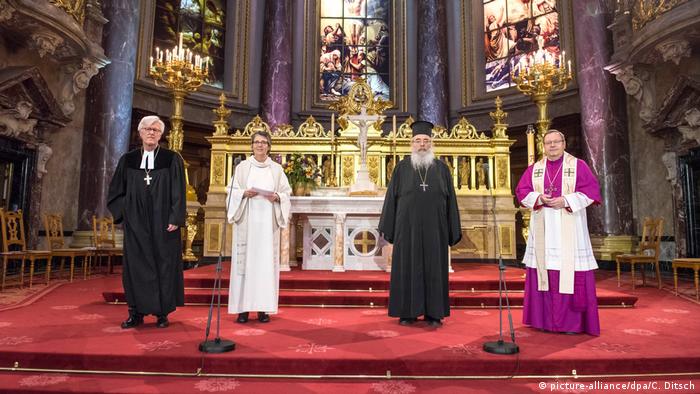 EKD head Heinrich Bedford-Strohm said that every person lost to the church was a painful blow, as church workers were all "highly motivated."

Churches in Germany also suffer financially when they lose members, as a church tax is deducted from people's incomes if they are registered as being either Catholic or Protestant.

No reason for leaving a church has to be given. Bedford-Strohm said the reasons for the increase in departures would be examined in a special study. Last year, both churches published a study in which they predicted that membership numbers would be halved by 2060.

With deaths outnumbering births in recent years, the fall in membership goes beyond the number of people leaving. There are now around 22.6 million Catholics in Germany, a drop of 400,000 in 2019, and 20.7 million Protestants, 427,000 fewer than the year before.

Altogether 52.1% of people in Germany still officially belong to one of the two main Christian denominations.

Many in the African diaspora consider their church community a home away from home. But the coronavirus pandemic often makes it difficult for expatriates to maintain social networks and practice their faith. (01.06.2020)

Catholic women in Germany have presented church leaders with a petition with over 130,000 signatures, demanding a bigger role in the church. Clergy also gathers to elect a new leader for Germany's Catholic Church. (03.03.2020)

The aim of the multi-million euro, three-year sweeping probe is to analyze the structural and systemic conditions that have facilitated abuse with the Protestant Church in Germany.

500 years after Martin Luther's excommunication: A chance for ecumenical Christianity 03.01.2021