German church at the center of over 100 coronavirus cases

A man has died after becoming infected with COVID-19 at a Pentecost service in the northern city of Bremerhaven. This isn't the first time a church in Germany has been at the center of an outbreak. 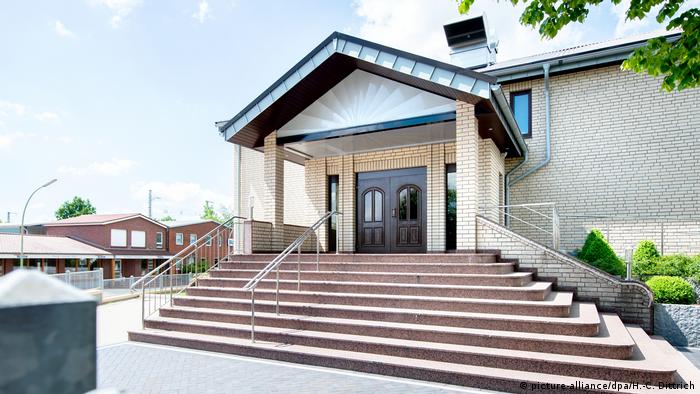 A cluster of 112 coronavirus infections and one death has been traced to a church in Bremerhaven, a port city in the north of Germany.

The 75-year-old congregation member died on Thursday at home, reported German national broadcaster Redaktionsnetzwerk Deutschland (RND), citing city authorities. It was only established that he had the virus after his death. Authorities are currently tracing contact people.

The outbreak was linked to a Pentecost service that took place in early June. The Bremen health ministry announced the cluster of infections on Friday – at the time, the number of infections was reported at 44, but the number has risen since. Around 150 people are thought to have attended the church service.

The cluster of infections was reported as Germany's 7-day virus reproduction rate, which measures the disease's ability to spread, rose above the critical value of 1 to 1.09 on Sunday.

Most lockdown measures in Germany have been lifted ahead of the reopening of its land borders to travelers within the EU bloc on Monday.

Read more: Coronavirus: Germans go back to church — but no singing allowed

The church congregation is largely made up of large Russian-German families. According to reports from the city, they lead a segregated life – in part, shaped by their experience of persecution as Christians and a national minority in the Soviet Union, reported RND.

When the infections broke out, health visitors met the families, urging them to get tested and follow quarantine regulations.

Many states permitted places of worship to open their doors in mid-May – two months after coronavirus measures forced them closed.

Strict hygiene and social distancing safeguards should have been put in place for worshipers, but there have still been several COVID-19 infection outbreaks linked to churches in Germany.

A cluster of 40 coronavirus infections in the city of Frankfurt am Main and the surrounding area  was traced to a Baptist church service that took place on May 10.

In early June, a catholic priest who traveled to three towns to lead services in the German state of Mecklenburg-Western Pomerania was diagnosed with the virus, causing a further 12 people to be quarantined.