Germany's top politicians have approved plans for the country to stop using nuclear power completely in 2022. The legislation, marking an energy U-turn by Chancellor Merkel's government, can now be debated in parliament. 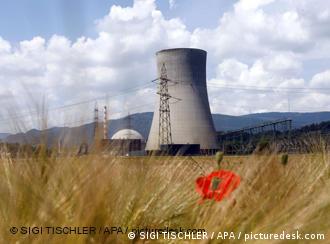 Germany's nuclear reactors are set to be gradually phased out

German cabinet members have voted to confirm government plans to shut down all the country's nuclear power stations by 2022. But while the economically liberal Free Democrats (FDP) have agreed to the plan, the party's general secretary, Christian Lindner, has expressed doubts as to its feasibility.

Despite their support of the move, the FDP wants its voters to know they've given it only begrudgingly. The nuclear phaseout plan developed by the coalition is not "really FDP policy," Lindner told the Kölner Stadt Anzeiger newspaper on Tuesday.

"There were a number of non-market-based instruments that we had to accept for the sake of the coalition."

While Lindner said the FDP had confidence in the environment minister, the CDU's Norbert Röttgen, they weren't sure if the country could really make the 2022 deadline.

As to whether the government might be on the line for the effects the shutdowns will have on nuclear energy companies, Lindner said the conservatives should bear that blame.

"We're not sure if we are going to have to make compensation payments," he said. "We might have taken more precautions. But the conservatives said it wasn't necessary." 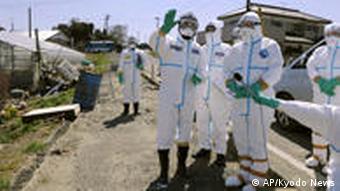 The German reaction to events at Fukushima triggered the turnaround

The proposal is set to be debated in the houses of parliament, and Chancellor Angela Merkel's government currently hoping to pass the new law on July 8.

Merkel's administration is seeking to hurry through its energy about-face as quickly as possible, having radically altered its approach to nuclear power since the accident at Japan's Fukushima power plant and the resultant backlash to atomic energy in Germany.

Under the deal, the country's nuclear reactors would be phased out gradually. Eight are set for immediate closure, although one of them might remain operational on a standby basis, if the German Federal Network Agency for Electricity deems it necessary. The remaining nine stations would be shut down between 2015 and 2022.

The opposition Social Democrats, who firmly oppose nuclear power, have already hinted that they would probably support the bill.

In that case, provided there was relatively broad support among the ruling coalition, the legislation would pass comfortably. The Green party may oppose the move, campaigning instead for an even quicker shutdown.

It was only last September that Merkel introduced a law that would extend the running times of Germany's 17 nuclear power plants by an average of 12 years. Prior to the introduction of that law, under legislation introduced by former Chancellor Gerhard Schröder, Germany was set to shut down its atomic energy industry by 2020.

Merkel suspended her legislation extending nuclear running times shortly after the earthquake- and tsunami-triggered accident at Fukushima, and now the chancellor is seeking a new bill very similar to the original Social Democrat and Green decision from the turn of the century.

Large-scale public protests against nuclear power and heavy losses for Merkel's Christian Democrats and her FDP coalition allies in regional elections marked the weeks leading up to this latest decision.