The law will require German companies to report human rights or environmental abuses by suppliers. Supporters say it is a milestone, rights groups say it falls short. 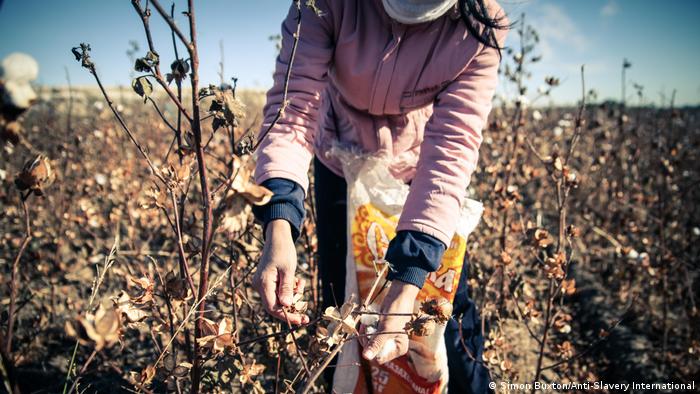 German subsidiaries of multinational companies or those with offices in Germany will also be required to report infractions.

The law, which seeks to stamp out abuses such as child labor, passed with 412 representatives from the ruling Conservative-Social Democrat coalition government and the Green party voting in favor; 159 lawmakers from the business-friendly FDP and the far-right AFD voting against, and 59 from the Left party abstaining.

Federal Labor Minister Hubertus Heil (SPD) praised the bill, calling it a "milestone." Heil said passage had been "hard fought" in the face of fierce resistance from lobbyists. He also promised that companies that did not keep close tabs on their supply chains would not be allowed to enjoy a "competitive advantage" over those who did.

Heil said that awareness for human rights along global supply chains had risen and that, "decency and prosperity must not be seen as contradictory."

Though aid, rights and environmental groups say the new law is a "minimalist solution," with Amnesty International (AI) bemoaning "loopholes" regarding human rights protection, others, such as Christoph Kannengiesser, managing director of the Africa Association of German Business, say the law will indeed disadvantage German companies.

"We think it is misguided to respond to global issues with projects such as a unilateral national law of responsibility. You don't change the global human rights situation like that, you just create additional competitive hurdles for our own companies, which, by the way, lead the world on international standards," Kannengiesser told DW.

What penalties can lawbreakers expect?

The German law requiring companies to uphold international laws on child and forced labor, observe worker and environmental protections and pay workers fair wages, grew out of the country's 2016 national action plan — which was itself based on a United Nations (UN) Global Compact of 10 guiding principles on human rights, labor and the environment, which it published in 2011.

Penalties for infractions, which can be levied for as much as 2% of a companies annual revenue, will be administered by Germany's Federal Office for Economics and Export Control.

The new law does not address corporate legal liabilities in court — for instance regarding compensation for environmental damage — something the CDU insisted upon.

The European Union (EU) is also set to tackle supply chain legislation, with proposals expected from the European Commission later this year.