With one in every 10 children working, the world is on the brink of "losing ground in the fight against child labor," UNICEF and the International Labor Organization have warned. 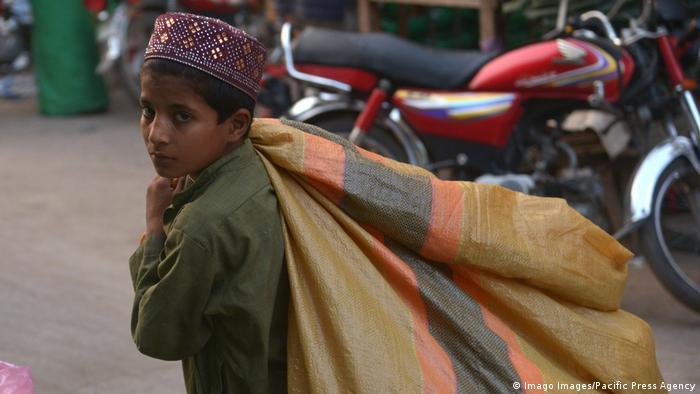 The number of children working around the world has risen for the first time in 20 years, the International Labor Organization (ILO) and the UN Children's Fund (UNICEF) said on Thursday. The coronavirus pandemic was threatening to push more young people towards the same fate, the report warned.

The number of child laborers increased from 152 million in 2016 to 160 million, indicating that the major gains made since 2000, when 246 million children were engaged in labor, were being reversed.

If major steps are not taken, the figures could climb up to 206 million by the end of 2022, the joint report added.

"We are losing ground in the fight against child labor, and the last year has not made that fight any easier," said UNICEF Executive Director Henrietta Fore.  "Now, well into a second year of global lockdowns, school closures, economic disruptions, and shrinking national budgets, families are forced to make heart-breaking choices."

The biggest increase was seen in Africa, primarily due to population growth, crises and poverty. In sub-Saharan Africa, nearly a quarter of children between the age of 5 and 17 are already in child labor, as opposed to 2.3% in Europe and North America.

The agencies warned thatCOVID could push children already in child labor to work longer hours and under worsening conditions.

"If social protection coverage slips from the current levels... as a result of austerity measures and other factors, the number of children falling into child labor can go up [by] 46 million" by the end of next year, according to co-author and UNICEF statistics specialist Claudia Cappa.

Published every four years, the report showed that children between 5 and 11 years of age accounted for more than half of the global numbers.

While boys were more likely to be pulled into labor — 97 million of the 160 million child laborers — the gender gap reduced significantly when household chores performed for at least 21 hours per week were considered.

The report also showcased a rise in the number of children between 5 and 17 who were engaged in "hazardous work," like mining or working with heavy machinery, for more than 43 hours a week.

"The new estimates are a wake-up call," ILO chief Guy Ryder said in a statement.

"We cannot stand by while a new generation of children is put at risk," he said. "We are at a pivotal moment and much depends on how we respond."

The UN has made 2021 the International Year for the Elimination of Child Labor, calling for urgent action to meet a goal of ending the practice by 2025.

More children are likely to suffer from lethal undernutrition as the war in Ukraine threatens to deepen a global food crisis, the agency says. The availability of emergency therapeutic hunger packs is also threatened.