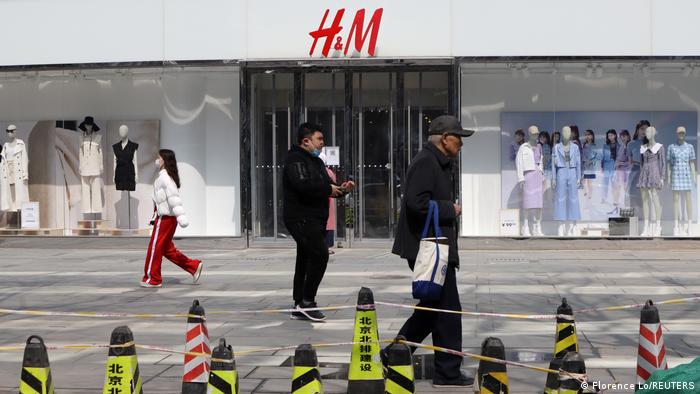 Chinese state media called for a boycott of H&M, which said it would stop buying Xinjiang cotton

This followed Monday's travel and financial sanctions set by the EU, the USA, Britain and Canada on four senior Chinese officials blamed for abuses in Xinjiang — and retaliatory Chinese sanctions on EU lawmakers and entities.

On Thursday, internet users, initially focused on Swedish retailer H&M over its March 2020 remark that it was "deeply concerned" about reported forced labor in Xinjiang, turned to the wider international Better Cotton Initiative (BCI) based in Geneva

Last October, Better Cotton had said it was suspending cotton sourced from Xinjiang for the 2020-21 fashion season, also citing concerns over that region's human rights.

"If you boycott Xinjiang cotton, we'll boycott you. Either Adidas quits BCI, or get out of China," one netizen replied Thursday.

It also cited the brand Zara as having expressed a "zero-tolerance approach towards forced labor."

Xinjiang cotton made by forced laborers?

ANTA, a Chinese shoe brand announced it was quitting BCI and would continue buying Xinjiang cotton — prompting a spike in its share prices on Hong Kong's Han Seng Index.

Social media posts also mentioned the Japanese and US brands Uniqlo and Gap but it was unclear whether the people posting messages were private citizens or government plants online. 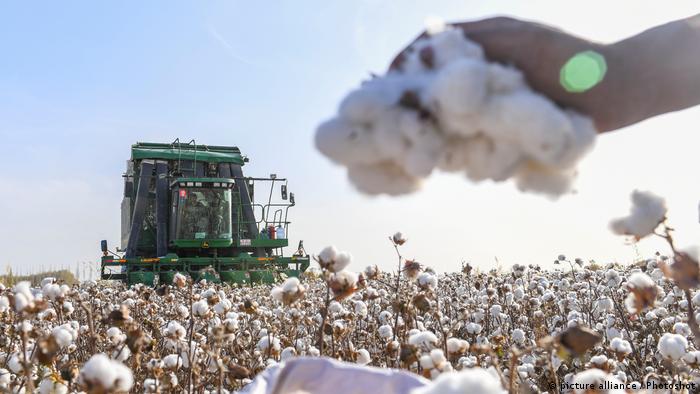 A department store in Urumqi, the capital of Xinjiang province in western China, said via its website its in-house H&M section was shut.

It demanded that H&M apologize for "spreading rumors" and harming the region's interests.

Businesses caught up in broader tensions

H&M, responding to Chinese umbrage Wednesday said it respected Chinese consumers and was committed to long-term investment in China.

"How can H&M eat Chinese rice and then smash China's pot?" Chinese state television had asked in a commentary on Wednesday.

Beijing says its task is to stamp out radicalism and promote economic development.

China has been vocally critical in several fora since Monday's sanctions were unveiled.

US and China trade barbs as Alaska talks kick off

Founded by non-governmental organizations and companies in 2005