Farm laborers from Asia flock to the European country known for its booming agricultural exports. The workers are often brought by gangs of traffickers and are forced to endure inhumane living conditions. 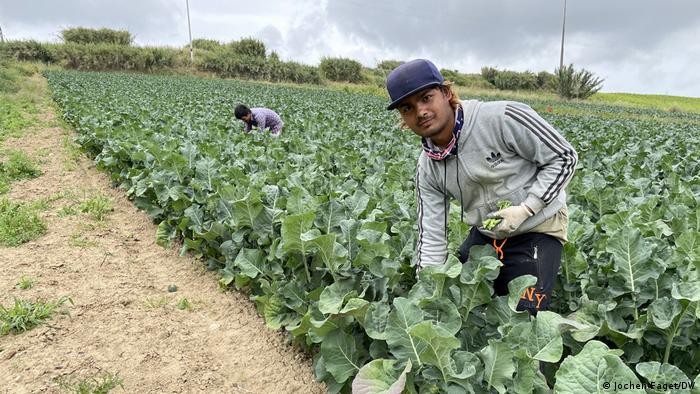 Migrants like Ranjan Dahl from Nepal are happy to have found a job in Portugal, but conditions are tough

They look like chained convicts in a labor camp when they head out early in the morning to the fields, greenhouses and vineyards near the central Portuguese town of Almeirim — migrant workers from Asia who are assigned their day's work by the foreman.

There are said to be more than 3,000 migrant farm laborers in this region alone, and probably well over 30,000 across Portugal, according to estimates by civil rights organizations. Most of them are in the country semi-legally, still waiting for their Portuguese papers. They live in inhumane conditions, often working more than 10 hours a day and brutally exploited by dubious temporary employment agencies that place them on farms.

"This is where the Asians have come since 2018," says social worker Catia Sequeira of NGO Proabracar, which looks after the migrants in Almeirim, helping them with documentation.

Previously, Asian laborers were lured mainly to the Alentejo region in Portugal's south, home to a booming berry cultivation industry. Today, they are everywhere — the growing popularity of Portugal's agricultural exports has only increased the local companies' appetite for cheap labor.

The number of illegal migrants has grown ever larger, says Sequeira.

The Portuguese authorities became aware of the problem just last year when the COVID-19 pandemic broke out. It was decided to legalize all those who could prove three months of paid work and social security contributions.

However, that did not solve the problem: The Portuguese immigration police needed months, often up to a year, to examine the applications. Some of the applicants lived in residential containers or were crammed into derelict houses, forced to depend on mafia-like employment agencies. 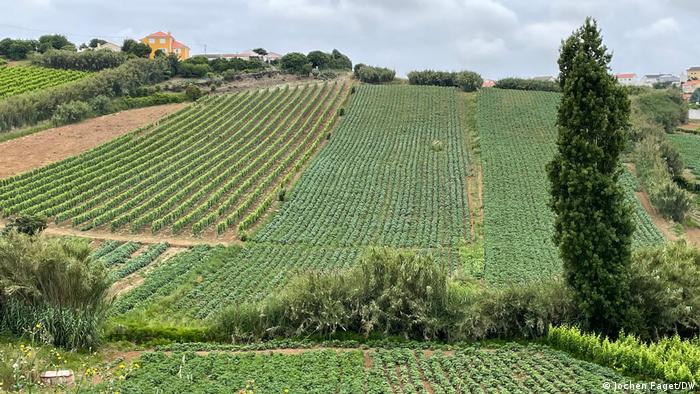 The agricultural sector is booming again in Portugal, resulting in a bigger need for migrant workers

"On the one hand, the pandemic was a blessing because it made legalizations possible," Sequeira told DW. "On the other hand, human dramas are still playing out."

A 31-year-old man from Kerala in southern India called Arjun Joshy knows this all too well. An automotive engineer by training, he arrived in Portugal in July 2019 — initially on a tourist visa because he wanted to travel Europe.

At Lisbon airport, he immediately fell into the clutches of an employment agent. Joshy paid him €1,350 ($1,643), for which he was supposed to get work and papers.

After a few months, he gave up picking berries in the south; he earned a little more than €200 a month and was still waiting for his papers.

"I got sick, but it turned out that I was not registered with the health authorities. I had to pay €800 out of my own pocket for treatment," he said.

Joshy briefly worked as a driver. "Then COVID came and I sat at home for seven months, desperate and unemployed," he told DW — until a Portuguese man helped him get registered and get hold of the necessary documents.

"It all only cost around €100," said a delighted Joshy, who has even set up a small car repair shop in the meantime.

Joshy plans to return to his engineering roots one day; he dreams of building a startup working in the field of hybrid engines "in a few years, when I've saved enough and all the documents are finally recognized and in order." 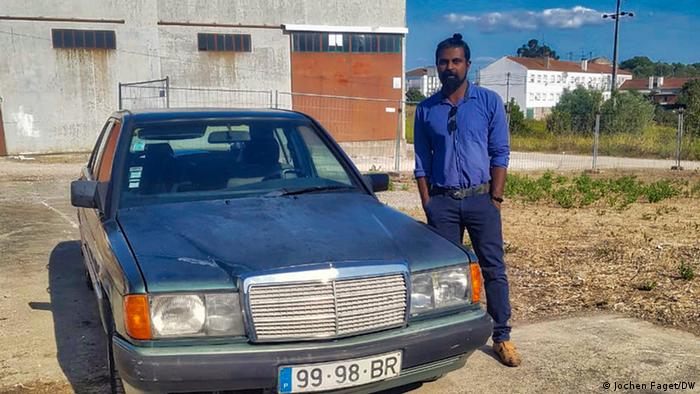 Most immigrants are less fortunate. Officially, they work for the state-guaranteed minimum wage of around €600, but they have to pay their employer for accommodation, transportation to the workplace and even food. This often leaves them with only €10 or less per working day, Joshy told DW.

Many of his compatriots have paid the trafficking mafia more than €10,000 to fulfill their dreams of a better life in Portugal. Even if they manage to become legal residents, they wouldn't be able to escape the vicious circle thanks to the huge loans they have taken on to pay the traffickers.

"Their dream has become a nightmare," Joshy said.

The success of Portuguese agriculture in recent years has become its curse. As the country exports more and more berries and vegetables, the demand for cheap labor has soared.

"But Portuguese people no longer want to do this work," says farmer Vitor Jorge.

That's why he too has had to hire Asians on his farm near the central Portuguese town of Torres Vedras. Currently, seven Nepalese workers harvest broccoli there. The harvest fetches good money abroad. 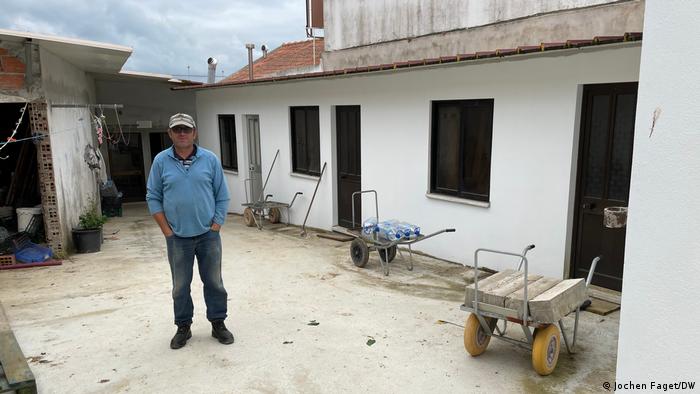 "Everything is legal here," the farmer assures. "The workers get the minimum wage. They are all registered."

For their accommodation, which he provides free of charge, Jorge has even refurbished old farm buildings on his farm. The residence with rather basic rooms with bunk beds and a communal kitchen isn't quite legal, though. The "apartments" are not certified as such, as they should be.

"What should I do," said Jorge. "The employment office cannot get me any Portuguese people, and the housing regulations are way too bureaucratic and impossible to meet on an old farm."

Ranjan Dahal doesn't care. The Nepalese man who picks broccoli on Jorge's field started working there only three days ago.

"I've been in Portugal for a year and I'm happy to have found this job," he said.

Before this, he worked for one of the notorious temporary employment agencies, picking raspberries in the south.

"I had to share a small house with 15 others, there were always problems, including related to pay."

With no jobs in Nepal, Dahal came to Portugal to support his family back home. And instead of sleeping on the floor, the 29-year-old now at least sleeps in one of the bunk beds on Jorge's farm.

From the end of this year, foreigners working in Russia must be tested every three months for diseases like syphilis and leprosy, and for drugs. Foreign business associations are appealing to Moscow to revise the rules.