Portugal is exporting more and more agricultural products, such as olives, berries and citrus and tropical fruits. They are harvested by illegal workers who, increasingly, come from Africa. 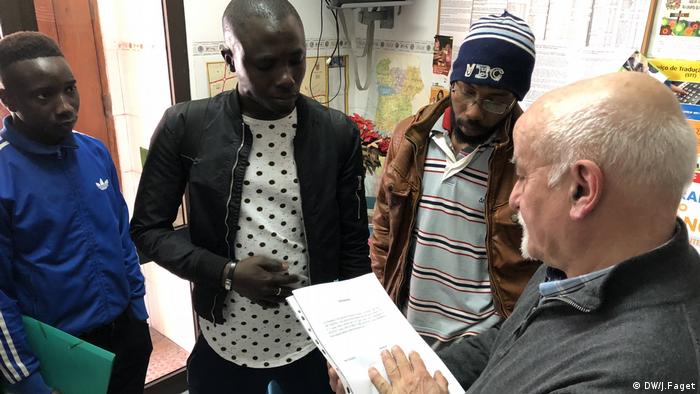 Alberto Matos is under a lot of stress: Africans and Indians are crowded into the much too small office of the aid organization "Solidariedade Imigrante" (Solim). "Send the man here; I'll see what I can do," Matos, who is in his mid-60s, says somewhat testily on the telephone.

When the call has ended, he gives vent to his anger, saying that the tax office does not want to give an African man a tax number because he has no job. But the man will only be given legal work if he has a tax number, and only with legal work will he have a chance of getting a residency permit, Matos says. "That is a vicious circle that benefits only the human traffickers who bring illegal migrants to the country. We have to stop it!"

But that won't be easy. More and more migrants are coming through the southern Portuguese port of Beja — in recent times, particularly from Africa. "We already have lots of Asians here, from India, Thailand, Pakistan and even from Nepal," Matos . Now, he notes, it is mostly Africans: "They work almost only in the agricultural sector."

Working under inhumane conditions and often for less than the state-guaranteed minimum wage of €580 ($714) a month, they are first used to pick olives, strawberries or oranges. Later in the year, they harvest melons and grapes. The temping agencies for which they officially work even deduct food, accommodation and travel costs. In times where there is little work to be had, there's barely any money left over at the end of the month.

In the heavily agricultural region of Alentejo in the south of Portugal, almost nothing functions anymore without the illegal workers. The Portuguese don't want to do the badly paid hard work in the plantations, and new operations are shooting up rapidly.

Wealthy Spanish have created endless olive plantations around the Alqueva Dam. The workers who cultivate them are often illegal migrants. "In the Beja area, there are probably 10,000 people," Matos calculates, adding that there are many more in the entire Alentejo region, more and more of them coming from Africa.

For example, Sherif Djo, 35 years old, who has two children and a wife back home in Senegal, initially came to France on a tourist visa. Then he worked illegally in Spain for two years, and now he has been living for six months together with his brother and eight friends in old portable accommodation in a village near Beja.

From the €500 that he earns if he works the entire month, he has to pay €75 rent. Included are a badly equipped shared kitchen, dirty toilets and a water tap in the adjacent field. Djo and his friends have sealed off the small windows with cardboard because of the cold. "I came so my family would be better off," he says sadly. At least his employer has registered him with the social security authorities, and he pays taxes and welfare contributions. He can even hope to receive a residency permit. 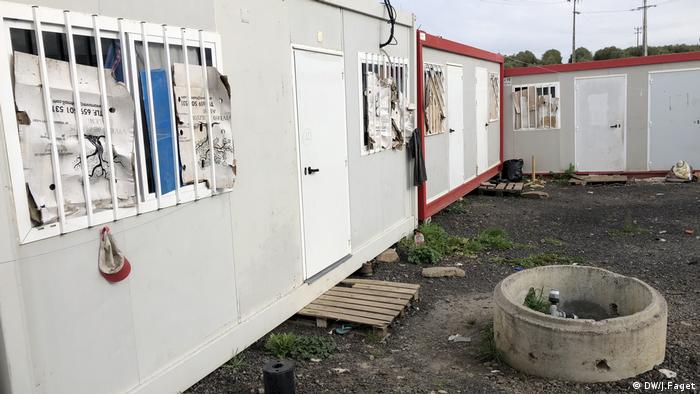 Illegal migrants sometimes pay up to €100 for inadequate housing

But that is something that can take a long time. Despite a change in legislation that was aimed at facilitating the legalization of these workers, the aliens branch of the Portuguese police takes its time issuing the relevant papers, Alberto Matos complains — too much time. Often, the legalization process takes half a year or more, he says. And while the illegal migrants are waiting, they are completely at the mercy of the trafficking groups and are ruthlessly fleeced, he adds. "Ultimately, the state is playing into the hands of criminal groups."

And it is indeed true that Portugal, once a traditional country of emigration, is having a hard time coping with the fact that it has now become a country of immigration. And it needs low-cost labor so that the strawberries and raspberries it produces can be exported as cheaply and competitively as possible to countries including Germany. As a result, the authorities — depending on the state of the economy — often turn a blind eye when it comes to illegal immigrants. An unlegislated area has grown up in which a lot can be earned, Alberto Matos says: "Dubious employment agencies, in particular, make plenty of money by not paying taxes or welfare contributions for their workers."

Dreaming of a better life

All of this does not matter to Foday Fathi, the man to whom the tax office does not want to give a tax number. "I just want work to earn some money. Any kind of work," the 32-year-old says pleadingly. He has a dangerous and long journey behind him. At first, Fathi made his arduous way from Gambia in western Africa to Libya. Then he traveled by boat to Italy, and from there to Portugal. A lot of Africans want to go to Portugal, he says, and people at home often told him that there was good money for good work to be had in the country. 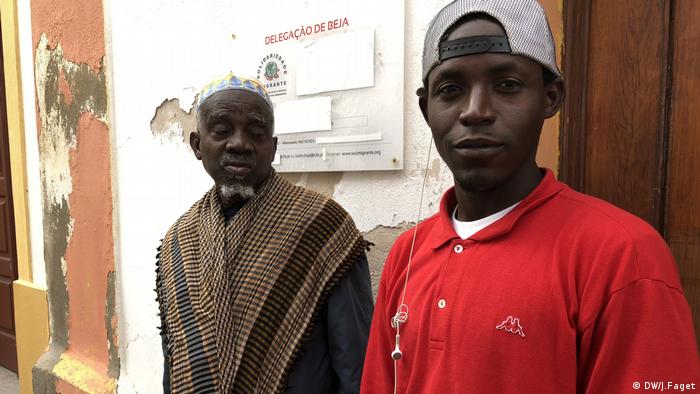 Foday Fathi (R) has a long and dangerous journey behind him

Now, Fathi sits distraught, yet full of hope, in the office of the aid organization Solim. Alberto Matos wants to help him obtain the eagerly awaited tax number. Only then can Fathi apply for his residency permit; if he is very lucky, that could be by the end of the year. But until then, he will keep picking olives with many thousands of other illegal migrants for a pittance. The dream of a better life in Portugal is a very hard one to fulfill.