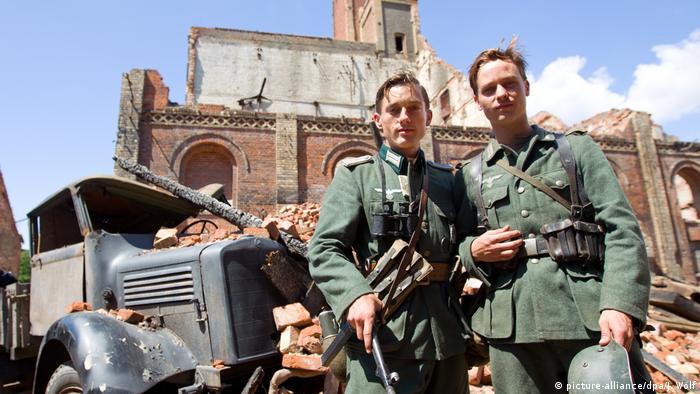 A court in Poland on Friday ruled that a World War II drama commissioned by German public TV channel ZDF had made "a one-sided and untrue representation of historical facts."

The court ordered the broadcaster and UFA Fiction, the independent producer of "Our Mothers, Our Fathers" to pay €5,000 ($5,700) damages and air an apology to former anti-Nazi freedom fighters.

Zbigniew Radlowski, a veteran of Poland's Home Army (Armia Krajowa) began a lawsuit two years ago after watching the mini-series, which tells the stories of five young Germans during the last four years of the war.

Radlowski argued that the TV drama had misrepresented anti-Nazi freedom fighters directed by Poland's government in exile in London as anti-Semites.

In one scene, an army officer orders a procession of concentration camp prisoners to be left to their fate "because they are Jews and they are worse than the Communists."

"As the film represents the AK soldiers in an incorrect way that is not in accordance with the truth, it directly impacts his (Radlowski's)... honor and dignity," Judge Kamil Grzesik said, according to footage aired on Polish state television.

The court ruled that German and Polish state television air an apology and that ZDF and UFA Fiction pay damages to Radlowski, a 94-year-old former concentration camp inmate and freedom fighter who saved Jews during the Holocaust.

ZDF said it would appeal the ruling and "regrets that the Krakow court did not devote enough attention to artistic freedom."

"Our Mothers, Our Fathers" was widely criticized by Polish war veterans and right-wing groups when it was first shown in Germany in 2013. The series has since been sold to dozens of countries.

Friday's ruling is the second by a Polish court against ZDF. In 2016, a judge ordered the broadcaster to publish an apology after mistakenly calling two World War II Nazi camps "Polish death camps."

ZDF changed the wording to "German death camps on Polish territory" after the Polish embassy in Berlin complained.

Auschwitz survivor Karol Tendera began a lawsuit, demanding the broadcaster publish an apology that he had formulated. A court in Krakow ruled ZDF had damaged Tendera's dignity and Polish national identity and should post the apology on its website for 30 days.

However, Tendera felt the measure was insufficient and sought to have the original Polish ruling enforced.

Although lower German courts agreed with the Polish ruling, Germany's Federal Court of Justice (BGH) — the supreme court in all matters of criminal and private law — said ZDF would not have to broadcast the specifically-worded apology.

Earlier this year, the right-wing Polish government passed a law that made the use of the term "Polish death camp" punishable by up to three years in prison, but after international criticism, the criminal penalties were removed.

Poland has undone a law that lowered the retirement age of Supreme Court judges after the EU's top court ordered its reversal. The country's judicial reforms have been at the center of a dispute with the EU. (18.12.2018)