German award ceremony cancelled after outcry over prize for Putin | Germany | News and in-depth reporting from Berlin and beyond | DW | 16.07.2011

German award ceremony cancelled after outcry over prize for Putin

The board governing Germany's Quadriga Prize has given in to public criticism and decided not to honor Russian Prime Minister Putin. The entire 2011 ceremony, which was to honor three other figures, has been cancelled. 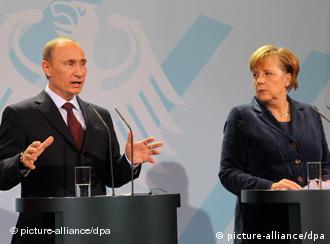 Putin was to be honored for stabilizing relations with Berlin

The organizers of a political prize in Germany have cancelled their annual award ceremony this year after their decision to honor Russian Prime Minister Vladimir Putin ignited a public backlash among former award recipients and German politicians.

The Quadriga Prize, organized by the group Werkstatt Deutschland, honors four figures every year "whose thoughts and acts are built on values, values which conduce vision, courage and responsibility," according to Quadriga's website.

Quadriga's board of trustees had decided to honor Prime Minister Putin for "his service to the dependability and stability of German-Russian relations." The prize is awarded on October 3 every year, the day Germany celebrates the reunification of east and west after a generation of Cold War division.

Former president of the Czech Republic and previous Quadriga recipient Vaclav Havel had threatened to return his prize should Putin be honored. Germany's Green Party Chairman Cem Özdemir and Wikipedia founder Jimmy Wales had declared their resignation from Quadriga's board of trustees in protest against Putin receiving the award. 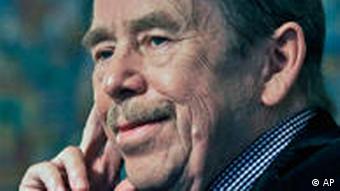 The board said it was "particularly effected by the massive criticism in the media and parts of the political world," adding that it regretted that "the public reporting concentrated exclusively on one person."

Meanwhile, the Kremlin said that Quadriga's decision would not negatively impact the relationship between Berlin and Moscow.

"This does not have anything to do with German-Russian relations," Dmitry Peskov, Prime Minister Putin's spokesman, told the news agency AFP. Peskov went on to say that the Russian government would "handle all decisions of the organization with respect."

Prime Minister Putin served as Russia's president from 2000 until 2008. He has been criticized for restricting press freedom, rolling back democratic reforms and abusing human rights.

Often criticized for his authoritarian leadership style, Vladimir Putin is not exactly viewed abroad as a 'model committed to enlightenment.' But that's just what a German political organization is honoring him for. (10.07.2011)

Russia's secret services may be shielding the mastermind behind rights campaigner Natalya Estemirova's murder, according to an independent report submitted to President Dmitry Medvedev. (14.07.2011)