Controversy over German prize honoring Putin for ′enlightenment′ | Europe| News and current affairs from around the continent | DW | 10.07.2011

Often criticized for his authoritarian leadership style, Vladimir Putin is not exactly viewed abroad as a 'model committed to enlightenment.' But that's just what a German political organization is honoring him for. 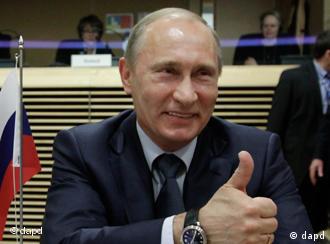 The Berlin-based group Werkstatt Deutschland ("Workshop Germany") announced Saturday that Putin was to receive its "Quadriga" prize, which would be bestowed on him October 3, the Day of German Unity.

The award, which has no monetary component, has been offered every year since 2003 to honor "models committed to enlightenment, engagement and the common interest."

The Munich-based daily Süddeutsche Zeitung quoted the group as saying that "domestically, [Putin] created and creates stability through the interaction between prosperity, economics and identity." They praised Putin for "predictability paired with endurance" and "reliability paired with communication skills." 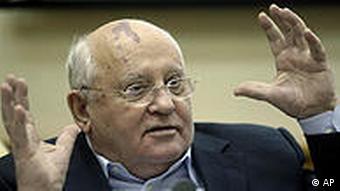 But there were reports of dissent among the members of the group's leadership board. Cem Özdemir, co-chair of the opposition Green Party and a board member, told the Süddeutsche Zeitung he had "spoken out against Putin."

The award raised questions in the German press as to why Putin, criticized by human rights activists for his authoritarian leadership, should deserve such an honor. Former Soviet leader Mikhail Gorbachev, himself a previous recipient of the Quadriga prize, has criticized Putin as "autocratic."

Russian political scientist Vladislav Belov said he was "astonished" that Putin is to be honored in Germany at this time, and that the Russian leader had no need for such an award.

"Putin has performed very successfully in domestic politics," he told dpa news agency. Since moving from the presidency to become prime minister, however, Putin has kept a very low profile in foreign affairs.

A new pro-reform party in Russia has chosen business tycoon Mikhail Prokhorov to lead it ahead of the December parliamentary elections. Skeptics, however, warn that the party is unlikely to challenge the Kremlin. (25.06.2011)

Russian President Dmitry Medvedev has remained evasive about whether or not he will run for a second term of office next year. The president seems determined to preserve some intrigue - at least for the time being. (21.06.2011)