Germany's auto behemoths are cooperating with each other to fight back against tech companies encroaching on their territory. Is this pragmatism the beginning of an impending consolidation in the car industry? 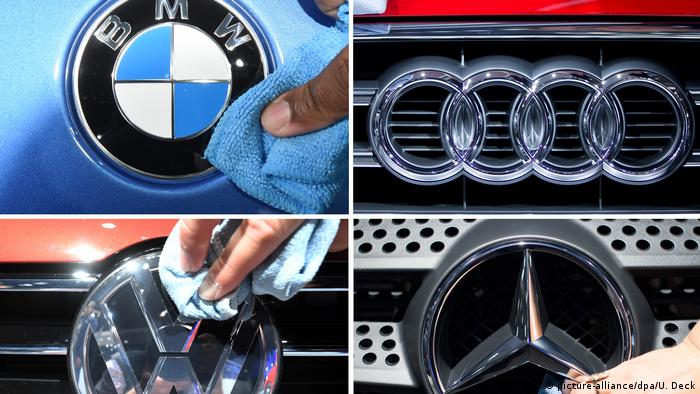 "As pioneers in automotive engineering, we will not leave the task of shaping future urban mobility to others," Daimler boss Dieter Zetsche said as his company and arch rival BMW — the world's biggest luxury carmakers —  announced the merger of their car-sharing and parking and charging services in March.

Zetsche was referring to cash-rich technology companies such as Apple, Google and Uber, which are making serious inroads in an industry that Daimler, owner of the Mercedes brand, BMW, and bigger rival Volkswagen have dominated for decades.

Read more: The future of driving is (almost) here

To fight back against the tech giants, German automakers are putting their rivalries aside and increasingly cooperating with each other to scale their less capital-intensive businesses. Daimler is reported to be in talks to buy a stake in VW's used car portal Heycar. The two rivals and BMW already own a majority stake in digital mapping service HERE.

"The automotive industry is struggling to afford its own future," Peter Wells, a professor at the Centre for Automotive Industry Research at the Cardiff Business School, told DW.

"While many in the industry have a vision of what the future might hold, the task of reaching that future is made much more difficult given the legacy starting position of the traditional manufacturers … In the end, pragmatism wins over brand identity or manufacturing loyalties," Wells said. 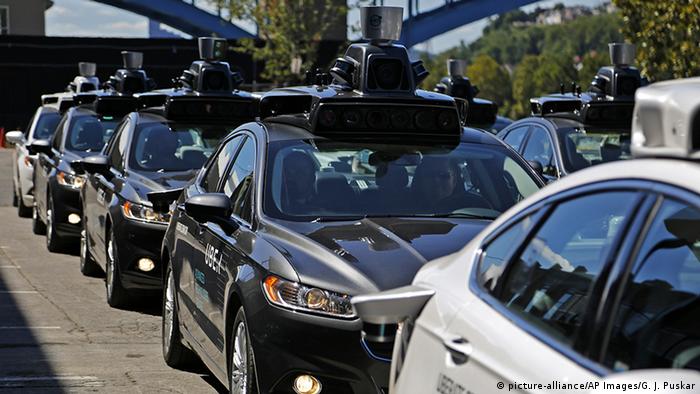 Need of the hour

To be clear, strategic alliances among rivals is not entirely new to the industry. Daimler built Volkswagen's Crafter large delivery van for a decade, Porsche and Daimler came together to build the E500 sedans and BMW sold diesel engines to Opel.

"As the differentiators of autos shift from 'mechanical' aspects [chassis, engine, etc.] to 'software'-based features [connectivity, user interface], the more the core capabilities of tech companies become a threat to automakers who have to build these skill sets rapidly themselves," Arthur Kipferler, of automotive consulting firm Berylls Strategy Advisors, told DW.

"In our experience, no single car manufacturer will be able to win in all of those future areas on their own," Klaus Stricker, automotive analyst at Bain & Company, concluded when talking to DW.

"We believe that the most successful carmakers will pick their focus areas and concentrate their effort, but at the same time establish strategic partnerships with leading companies, such as technology champions, traditional automotive suppliers or even other carmakers." 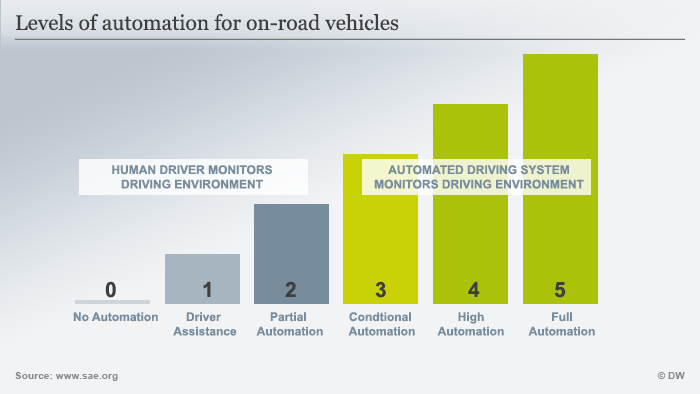 Kevin Hamlin, an independent automotive analyst, says that German auto companies were cooperating partly to control the currency of the future — data.

He gave the example of HERE's acquisition by the German trio.

"Data is a bigger catch-word in the industry than 'the Cloud,'" Hamlin said. "The data that HERE brings with it, especially for autonomous vehicles, is a treasure trove that the automotive industry did not want to fall into the hands of Uber, Google, Amazon."

Read more: HERE to tap big data for 'map of the future'

Kipferler says one needs to differentiate between "core enablers" such as a mapping service and a chain of charging stations and "wanting ventures" such as car sharing.

"The first category would not be possible without collaboration — whereas for the second category, collaboration is an attempt to improve an unsatisfying situation," he said.

Scale or a broad customer base is crucial in the "wanting ventures," most of which are yet to become profitable.

Can rivals work together?

French carmaker Renault and Japan's Nissan have been in a partnership for nearly two decades reaping rich dividends in their respective markets. General Motors and Suzuki shared a three-decade alliance that ended only when the US auto behemoth sold its Suzuki shares to stave off bankruptcy.

But Suzuki's next joint venture with Volkswagen barely lasted two years. The Japanese company accused its German investor of infringing on its independence. VW said Suzuki had violated the partnership agreement by agreeing to an engine deal with Italy's Fiat. The DCX alliance between DaimlerChrysler and Mitsubishi also saw a similar fate.

"One precondition is to establish a win-win partnership, meaning that they are both better off versus the situation before," Bain's Stricker said.

"But they also need to overcome significant cultural hurdles, to open up and work closely together with companies they are competing with in traditional business."

Daimler is clear about just how far it's ready to go in joining hands with its rivals.

"What distinguishes us from the competition, we want to have in our own hands," a Daimler spokesman told DW. "In other fields, we are increasingly cooperating. Cooperations have to make sense for both partners."

Analysts have long viewed the automotive industry as being ripe for greater consolidation. But it has failed to happen at the pace and scale at which they have predicted.

Hamlin says he expects to see more cooperations and mergers going forward, adding that there is no room for small companies or individual players in the new age of electrified vehicles and autonomous driving.

Renault and Nissan have set a two-year deadline to decide on a possible merger, Bloomberg reported in July.

"The capital intense nature of the industry and automakers' low return on invested capital is a more effective motivation for more collaboration or even mergers," Morningstar analyst Richard Hilgert told DW.

Dudenhöffer says the alliances are the "starting point of a new world of mobility that is far more than just cars."

"It's like the big bang — nobody knows what the result would be in 20 years, however, everybody seems to be prepared to win claims."

In what is viewed as a major win for German consumers in the wake of the diesel emissions scandal rocking the nation’s mighty auto industry, the German parliament has passed legislation enabling class-action lawsuits. (14.06.2018)

Sales of electric cars in Europe have just crossed the 1 million mark, as more consumers are persuaded to opt for green mobility. Can the infrastructure to support the transition from fuel-powered vehicles keep up? (28.08.2018)