German and Israeli cabinets meet in joint session | Germany | News and in-depth reporting from Berlin and beyond | DW | 16.02.2016 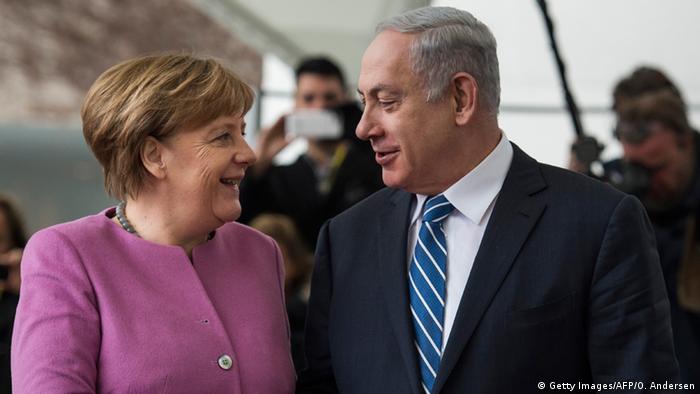 Sharp-shooters sporting black balaclavas patrolled the roof of the Chancellery in central Berlin on Tuesday, while below a dozen police men stood guard beside a long line of police vans. Inside, German and Israeli cabinet ministers were meeting for a joint session - the sixth of its kind between the two countries which last year celebrated their 50th anniversary of diplomatic ties.

The cabinet cooperation, which was launched in 2008, now includes a wide-range of issues, ranging from education and culture, to economics, science and security and, most recently, cooperation on cyber security and a joint development aid program for Africa.

Chancellor Angela Merkel and members of her cabinet regularly conduct meetings with their counterparts from other nations with close ties to Berlin, including France, India and Poland.

The consultations were scheduled to take place last October, but were postponed following an outburst in violence in Israel.

It was a "miracle of the modern world" that the two countries had established such strong ties, Chancellor Angela Merkel said at a joint press conference, referring to the Holocaust, during which Nazi Germany killed 6 million Jews. 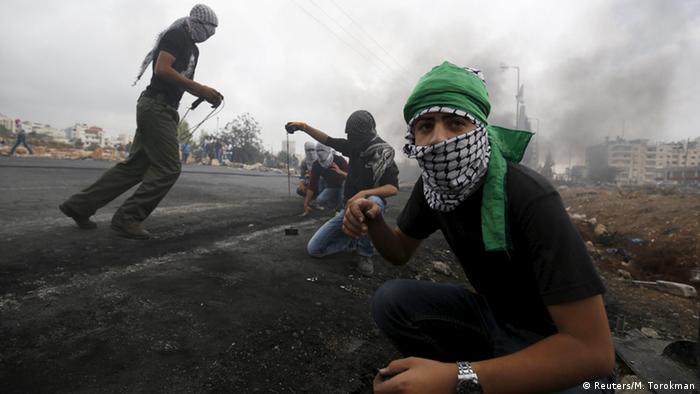 A spat of violence has seen Palestinians and Israelis clash

Her Israeli counterpart, Benjamin Netanyahu, lauded a "good friendship" and "unique partnership". Together, he said, describing Israel as a "fortress" against extremism in the Middle East, the two countries would "stem the flow of Islamist terrorism."

Faced with an unprecedented influx of refugees fleeing the turmoil in the Middle East, Germany has stepped up its diplomatic efforts to reach a political solution to the Syrian civil war.

Israel has provided some assistance to rebels battling the Syrian government and has also launched airstrikes against government forces and their allied Hezbollah fighters, both long-time adversaries of Israel.

By cooperating, Netanyahu said, referring to the German Chancellor as "my good friend Angela", the two countries "make each other stronger."

But despite the warm words there are sticking points in the relationship: Israel strongly opposes the nuclear deal concluded between a group of world powers including Germany with Iran last year, which has led to a lifting of international sanctions against Tehran and an ever growing number of foreign trade and political delegations heading to the Iranian capital, including Foreign Minister Frank-Walter Steinmeier and Economics Minister Sigmar Gabriel.

Merkel conceded that Germany and Israel had different views on the nuclear agreement, "but we've made it clear that there cannot be friendly ties with Iran" as long as Tehran does not recognize Israel's right to exist. Her government would, however, continue to "talk to Tehran," Merkel said.

The two also disagree on Israel's settlement policy in the West Bank: Europe insists on a two-state solution for Israel and an end to Israeli settlements, which continue under Netanjahu's government.

The Israeli government, meanwhile, is angry at a European decision to clearly label products made in Israeli settlements.

On Tuesday, Germany's foreign minister stressed in an opinion piece published in the daily "Bild" that only serious negotiations aimed at a fair, two-state solution could offer hope of peace for Israel and the Palestinians.

Germany is also critical of a bill currently in the Israeli parliament that would compel NGOs to give details of overseas funding in all their publications if more than half of their funding comes from foreign governments or such bodies as the European Union.

But, despite all differences, the two leaders agreed that the consultations would boost and deepen an already close relationship.

Can Jews still feel safe in Germany? The large influx of refugees from Arab countries has many Jewish communities concerned about increasing anti-Semitism. (20.01.2016)

EU foreign ministers confirmed the bloc's position that goods coming from occupied territories can not be labeled 'Made in Israel.' Israel has accused the EU of discrimination. (18.01.2016)