Georgia, a former Soviet republic, has launched joint maneuvers with several NATO members as part of Tbilisi's longstanding bid to join the alliance. The Noble Partner drill has triggered further tensions with Moscow. 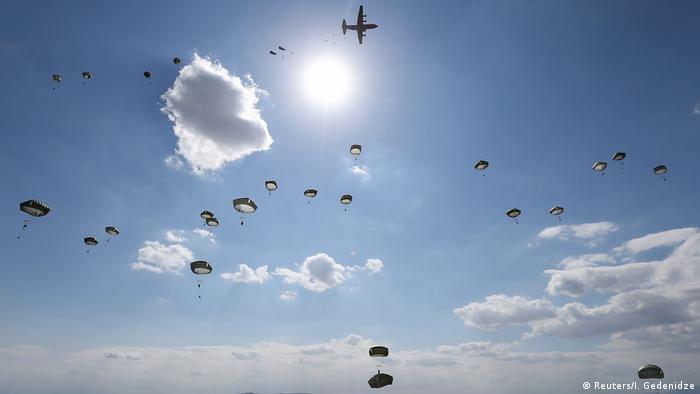 The Georgian military has begun large-scale joint military exercises involving some 2,800 troops from NATO countries including the US, France, the UK and Poland.

The forces will participate in the Noble Partner 2020 exercises at the Vaziani and Camp Norio training centers near the capital, Tbilisi.

The drills "are a guarantee of peace in our country" and "are not directed against anyone," he said during the opening ceremony.

The Georgian Defense Ministry said "the goal of the exercise is to improve the readiness and compatibility of Georgian forces, the US and its partner countries, and to contribute to the preservation of a stable and safe environment in the Black Sea region."

The drills, which will last until September 18, mark the fifth time the Noble Partner exercise has taken place in Georgia.

The joint exercises have sparked tensions between Tbilisi and Moscow. An earlier confrontation in August 2008 resulted in a brief war over the Kremlin-backed separatist regions of South Ossetia and Abkhazia.

After the conflict, Russia recognized both provinces as independent states and settled thousands of troops there.

At a 2008 summit in Bucharest, Romania, NATO leaders vowed Georgia "will become a NATO member," but they have yet to establish the country's official membership.