Genetic lottery: Excuse to do nothing or do everything? | Science | In-depth reporting on science and technology | DW | 23.09.2021

Genetic lottery: Excuse to do nothing or do everything?

We inherit genes from our parents like it's a lottery — a game of luck. And we're still learning about genetics, and how to use the science for society. 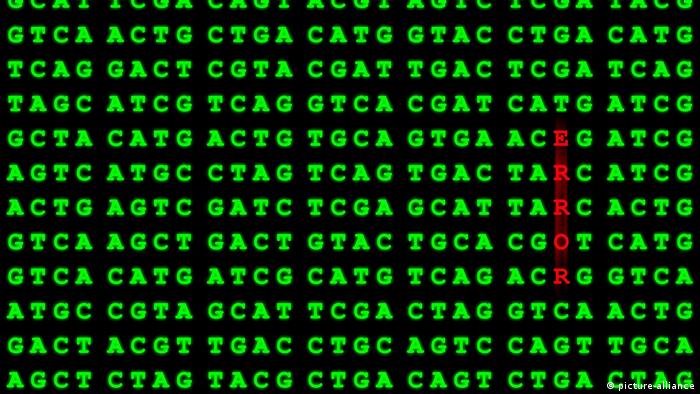 What should we do about human genetic variants that society considers an "error" or bad for a person's development in life?

People are often uncomfortable or anxious about genetics.

"They think genetics means our outcomes are determined and that it doesn't matter what we change about our social environments, our lives will be the same. And that's not true," says Kathryn Paige Harden early in our conversation.

Harden is a professor in psychology and behavior genetics at the University of Texas at Austin.

She believes that we can use genetics to build more "accurate models" of people and how they fit into the world, the societies in which we live, to then shape the world more socially and help everyone get on in life.

Can the environment influence our genes?

Doing so, she says, would allow science and technology, and our knowledge about life, to benefit everyone rather than just the fortunate few who have the best genes and grow up in the richest, best-served social environments.

'Genetics is not destiny'

Another reason people fear genetics, says Harden, is that it makes people think about who is responsible for change.

"When people hear that educational achievement is 'genetic' or 'influenced by genes,' it's easy to jump to the conclusion that there is nothing that can be done to change it, and if nothing can be done, then I'm off the hook, I'm not responsible," says Harden.

And the argument goes that society isn't responsible either. So, who is? The individual, their parents, or someone else?

"A classic example is eyeglasses. This is from the 1970s economist Arthur Goldberger," says Harden. "How weird would it be if we said, 'Your poor eyesight is genetically influenced, so we as a society are not responsible for making sure you have glasses.' That would be deeply strange."

Who could argue with our learning more about genetics — that is, learning about us as individuals — with a view to helping us all?

Except the field is far less black and white than that. Indeed, it is incredibly vibrant.

That's reflected in Harden's book The Genetic Lottery, in which she builds an argument against "misinformation" and "sticky ideas" that have been "deliberately propagated across generations" in opposition to social change. 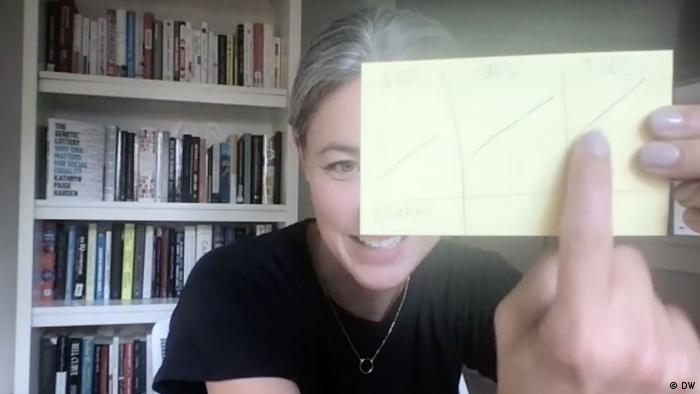 Harden drew a rough sketch to explain how the author's life peaks where other people's good genes only just start...

"In the 1960s, the psychologist Art Jensen said that we didn't need to bother with the reforms of — what would become — the civil rights movement because, he said, there was no way we could boost the educational achievement of poor or Black children in the US. He tied in the idea of genetics to say, 'Don't bother with social policy because it's useless.'"

Harden's got more than historical arguments in her sights. She also takes on her contemporaries, such as Princeton anthropologist Agustin Fuentes.

"A colleague who's reviewing [Harden's] book told me she had compared me to Stalin," laughs Fuentes when we speak. "The good news is she's not."

But Fuentes says Harden has misrepresented his position over the question of whether, when and how society should intervene to help individuals with genetic variants that might make life hard(er) for them. 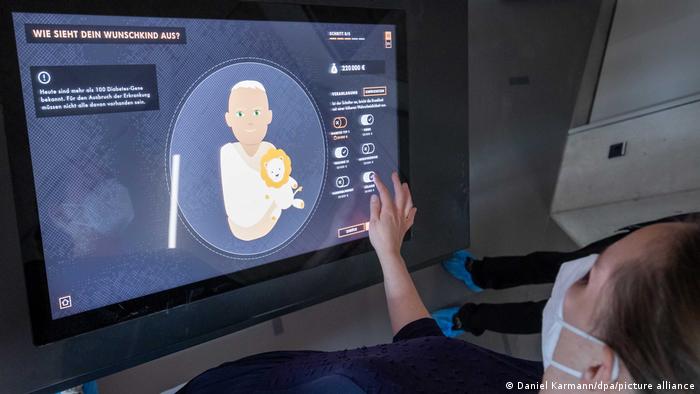 What would you want if your child's genetics could be made to order? (This is just an installation at a museum of the future)

It's that question of responsibility again. Do we just blame it all on the mysteries of genetics and throw up our hands, or aim for other routes to equity in society?

Fuentes says there are people who "invoke genetics to take social intervention off the table" and stressed that he's not one of them.

For Fuentes, the devil is in the dogged details.

"For society to function effectively, looking at the entirety of human evolution, we know that equity is important in our social success, that's how humans work, and so we have the moral and ethical obligation to make our societies work as best we can. But not to be egalitarian because humans vary, so understanding how we vary, including genetically, is important," he says.

Things get a little more complicated when we talk about the specifics of genetic variation — that's variations in people's genetic sequences that may make them more prone to develop a certain illness or condition, for example, or make them a late riser, slower with numbers (such as this writer!), or pretty on the outside and therefore favored by teachers, as opposed to restless and boisterous in class.

Those variations are measured, "somewhat unintuitively" says Harden, with a method known as the polygenic index.

Harden wants researchers to identify relatively small percentages of genetic variation and use them as a springboard to social change and better government policy.

"It's very coarse and very crude but when you add them all up, you end up with a DNA-based variable, a number that we get entirely from your genetics that is strongly correlated with these important life outcomes, such as whether you graduate from college. It's both powerful and messy at the same time," says Harden.

Fuentes argues, however, that if we prioritize genetic variations that we know are unconnected to the vast majority of reasons why people have different outcomes in life, then we are intentionally sidelining all the things we can actually do or change.

"My biggest critique is that polygenic scores and genome-wide association surveys show us patterned correlations between genetic variances and certain outcomes. And for most of the things we're interested in, like cognition, schooling, economic or health outcomes, even though we can identify, say, 138 sequences that may correlate with some sort of intelligence or cognitive outcome, they explain almost nothing, maybe 4%, about the variance itself," Fuentes says.

So, we know it's there, but we don't know why or what we can do about it.

"Whereas things like nutrition during development, or quality of schooling, or whether or not the individual is exposed to discriminatory stressors — that we do know," he says. "We can document how those things shape people's outcomes, and those are areas where we can do targeted engagement."

So, who is responsible?

Genetic responsibility, as it's known, is still a sticky issue.

"Parents are not really responsible for the genetic limitations of their children," says John Evans, author of The Human Gene Editing Debate, "unless they knew they both had sickle cell disease and decided to have a baby anyway."

But he says that the "spread of gene editing makes parents more responsible for the qualities of their children because you COULD have changed X, Y and Z, with Z being some fairly mild effect such as needing glasses, for instance."

Changing an environment, he continues, may produce less fear in people because we think that environments can be changed back if the changes fail.

But having special schools for children identified or labelled as genetically "slow learners" could lead to social stigmas, Evans says.

"With all the attention on genes, teaching people that individual genetics does impact life," he says. "The pressure will be on you to make sure that your child has been genetically modified so that they go to school X and not school Y — that is, the one for the 'slow learners.'"

Whether or not such genetic modification will be possible, allowed or accessible to the broader public, Evans says such social divisions exist already.

"It's in the interest of the rich to make sure that not everyone has access to gene editing so that their edits retain their social advantage," says Evans. "This, of course, already happens in the US, with Harvard graduates marrying other Harvard graduates."

So, a gene-edited future is conceivable. That does not mean that research into genetics need stop, however. Perhaps it's more a case of pooling all ideas and finding a practical and more inclusive consensus.

Harden says there is a "a massive problem" at the heart of current research into "what causes what in children's lives" and that problem is that research is based on the idea that kids only get environments from their families, and nothing genetic.

"That really undermines our ability to build accurate models of the world. I'm not saying that environments don't matter — they do matter for kids," says Harden. "But the science of figuring out which of the environments matter, which environments are going to be the most effective leverages of change, is a very hard scientific problem."

And one of the main reasons it's hard, she says, is that we all differ genetically.