Who′s the daddy: Does it really matter where your DNA comes from? | Science | In-depth reporting on science and technology | DW | 29.09.2016

The three-parent baby born in Mexico has raised renewed scientific and ethical concerns about our meddling with DNA. But if our bodies are mere vessels for life, does it really matter whose DNA we carry? 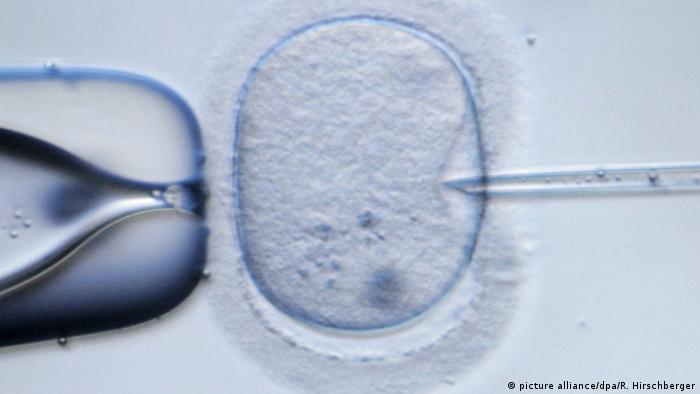 We are happy to have kidney, lung, heart or even full-face transplants, corrective and aesthetic plastic surgery, tracheostomies - tubes inserted into our throats to help us breath - skin grafts and hip-replacements. Some of us have started inserting near-field technology into our bodies - radio-frequency identification chips to help us remember passwords and open doors. If you're lucky, a good shrink will even help you "correct" your behavior or thoughts. While some may like the ring of immortality, most would at least like to avoid inheriting a terrible illness, like a cancer or neurodegenerative disease. And if we have kids, we want them to live healthy, prosperous lives, don't we?

So why is our DNA is off-limits? Messing with the building blocks of life remains for many a strict, ethical no-no. Even though we could, theoretically, prevent our children inheriting defective - sometimes fatal - genes, and alter those we do have.

Scientists keep forging ahead with new techniques to do just that. Whether it's human gene editing techniques, like CRISPR-cas9, or new forms of in-vitro fertilization to remove defective mitochondrial DNA. We're likely to see more and more investment and increased pressure on legislators to allow this level of personalized medicine. Next week, the Nobel Prize committee may well think it's time to recognize CRISPR-cas9 when it announces this year's laureates.

But wait. What just happened

Earlier this week, US-based scientists announced they had helped a couple give birth to a baby using mitochondrial DNA from a donor. It's what is commonly referred to as a "three-parent" baby. But the procedure is anything but common. Three-parent fertilization is not even allowed in the United States. So John Zhang and his team from the New Hope Fertility Center in New York, and the Jordanian couple, went to Mexico, where "there are no rules."

What's mitochondria and why use a donor's?

Mitochondria are often described as batteries, or power plants, in cells. They convert food into energy. They are separate from the cell's nucleus, which hosts the "trait-defining" genome. But they are genetically vital. Passed from mother to child, defective mitochondria can be conduits for rare genetic diseases. One such disease is a fatal nervous system disorder, called Leigh Syndrome. The mother of the baby born in Mexico passed genes for Leigh Syndrome to two previous children. Both of them died. That's why this time they used a donor's mitochondria. And their baby boy is said to be healthy at five months, and showing no signs of the disease.

The UK is the only country to have approved three parent techniques. In February 2015, the UK parliament approved a method called "pronuclear transfer." This involves fertilizing eggs from both the mother and donor with sperm from the father. The nuclei are removed before the eggs become early-stage embryos. The one from the donor is discarded and replaced with the mother's, and you are left with the donor's mitochondrial DNA and mother's "trait-defining" nucleus.

The problem is this method involves the destruction of two embryos. An "exclusive" report in "New Scientist" said the couple - "as Muslims" - found that unacceptable.

So Zhang used a method called "spindle nuclear transfer." He inserted the nucleus from one of the mother's eggs into a donor egg, which had had its own nucleus removed. That egg was only then fertilized with sperm from the father. Zhang and his team created five such embryos. One developed normally. And the baby born is a world first.

When Zhang and his team tested the boy's mitochondria, they reportedly found "less than 1 per cent carry the mutation."

Not all rules are made to be broken

As you can imagine, Zhang's team has been congratulated and criticized. For one, his team "avoided destroying embryos." And Zhang himself has said "to save lives is the ethical thing to do."

But he has been criticized for essentially taking an unauthorized experiment to Mexico, and for failing to publish a detailed study for peer review. An abstract was published in the journal "Fertility and Sterility" and they are expected to present their method at an American Society for Reproductive Medicine meeting in October.

Dusko Illic, a stem cell researcher at King's College London, hopes Zhang's success will "tame critics and accelerate the field." However, Illic warns it could inspire of a new medical tourism. Bert Smeets of the Genome Centre at Maastricht University has said moving the procedure to Mexico was a "concern."

His concern has been echoed by Marcy Darnovsky of the Center for Genetics and Society in the US, who suggests Zhang has broken rules and made up his own. 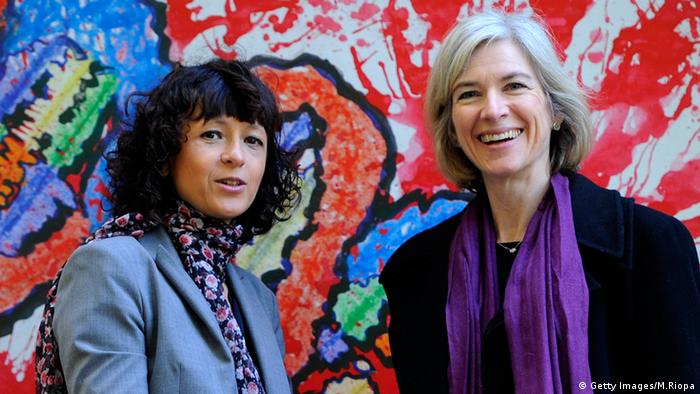 Emmanuelle Charpentier and Jennifer Doudna, who created CRISPR-cas9, are headed for a Nobel Prize

Are we mere vessels for life?

The debate - and let's hope the reactions in the past few days are more than just a media storm in a teacup - needs now to take hold. Three-parent babies, human gene editing and bioelectronic medicines (to name a few) are technologies that will make our wildest dreams, hopes and fears possible.

But it's not just about stamping out genetic diseases, because at the moment it's only those who can afford to pay who will benefit from three-parent techniques.

This is a lot more about how we define ourselves as humans. Does it really matter where your DNA comes from? Does it affect your identity, or the personality you develop as you grow? Does it matter whether you inherit your father's thumbs and your mother's eyes? And would you really miss that defective mitochondrial DNA if it saved your life?

There are scientists and technologists who believe we are mere vessels for life. What that life entails - whether as conscious animals or artificially intelligent cyborgs - is irrelevant. They believe that as technologies change, life should change too.

What do you think?

On Tuesday, British parliament voted in favor of a highly controversial procedure that combines in vitro fertilization with genetic modification - to prevent the inheritance of debilitating forms of disease. (02.02.2015)