Seven facts on the GSK-Google bioelectronic medicines deal and what it may mean for you | Science| In-depth reporting on science and technology | DW | 01.08.2016

Bioelectronic medicine is embryonic. But British drugmaker GlaxoSmithKline and US tech firm Alphabet see its potential. With one eye on research and another on your data, they will jointly invest millions. 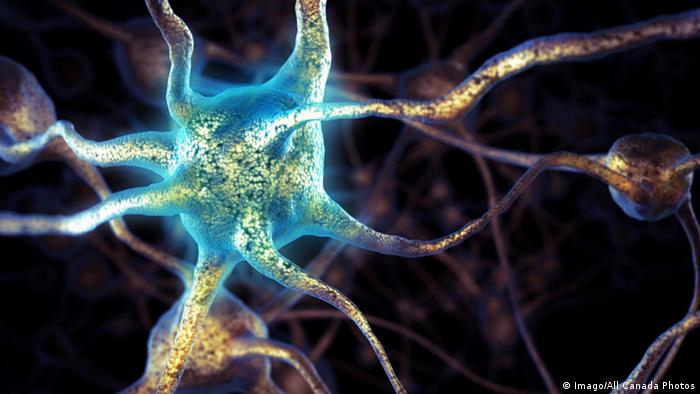 What exactly is bioelectronic medicine?

Bioelectronic medicine uses miniaturized, implantable devices to alter and control electrical signals in the human body. These could be electrical signals that flow to your lungs to determine tension in your airways. By controlling these signals researchers hope to help people with asthma, for instance. The tiny devices, which wrap themselves around nerves to control the electrical signals, could also be used to fight diabetes and arthritis.

What about neurological diseases such as Alzheimer's and Parkinson's?

"I'm sure other players in this field will seek to address neuropsychiatric disorders and central nervous system neural modulation," says Famm. 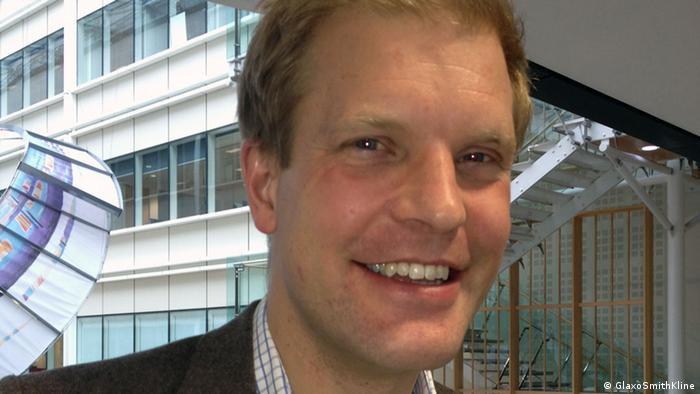 Kris Famm: A peripheral nerve is not a USB stick for your central nervous system!

"That comes with a big challenge of having to deconvolute the circuits in the brain and knowing exactly what to address. It is many orders of magnitude more complex than being able to selectively modulate the signals near an end-organ."

Sounds like bioelectronics is all about "personalized medicine." Does it compare with human gene editing?

Human gene editing is another new process at the vanguard of what's described as personalized medicine - the ability to offer patients tailor-made, specific treatments. With human gene editing techniques such as CRISPR-Cas 9, doctors may be able to alter DNA in unborn children to prevent them from developing hereditary diseases. That's not what we're talking about here. But there are some similarities.

"Bioelectronic medicine has the inherent potential of being specific as it can record neural signals and react to them in real-time and adjust the therapy for the patient," says Famm. "But it is also absolutely reversible, something you can switch off, and that's different from gene editing. If you have a bioelectronic medicine sitting on a nerve, it can be switched off at any point by the clinician or patient."

Where does Google fit into healthcare?

The internet and technology firm Google has long been interested in healthcare. With Google Flu Trends it said it could use the huge datasets gleaned from our internet searches to predict flu outbreaks. But we can predict flu outbreaks just by taking public transport, and Google's sights were set much higher anyway.

With Google Genomics it wanted to store and collect millions of genomes to further health research. It tracks your general fitness with mobile health apps. Last month, Google DeepMind, an artificial intelligence company, announced its first medical research project with a NHS Trust in the UK. And if Google Glass was the all-seeing-eye, then Verily Life Science's sensor-embedded contact lenses will see things you didn't even know were there - to monitor glucose levels for people with diabetes.

Who does best out of the deal?

Hard to say at this point. But it's clear GSK will benefit from Google's track record in dealing with huge datasets, the "big data" they will accrue. And Google firm Verily will benefit from the tacit stamp of approval that GSK, a traditional drugmaker, brings.

Financially, the deal is more an indication of confidence in results so far. The $715 million dollars over seven years is significantly less than the costs associated with developing traditional medicines.

Miniscule implants treating illnesses by steering our nervous system - what still sounds like a sci-fi dream might soon be reality. Bioelectronics is there to change medicine. And now Google is at its forefront. (01.08.2016)

The European Union has filed another antitrust charge against Google over alleged market dominance abuses. The charge accuses the search engine giant of blocking competitors' advertisements from appearing on some sites. (14.07.2016)

The big challenge is getting the devices small enough and running on as little power as possible. That's where a technology firm comes in handy, says GSK's Kris Famm. "How do we transfer the power wirelessly into the body, how do we design energy-efficient devices and the neural interfaces so that they deliver exactly the right stimulation patterns? All this points to partnering with a technology company with great muscle in those areas, and that's what Verily is."

Is there any reason for me to be scared? What about hacking?

There is if you're paranoid. And I'm very paranoid. Bioelectronic medicines may be called medicines, but they are actually electronic devices that can send and receive data, or be networked.

"It is something we need to take seriously. You may have seen concern about hacking pacemakers and implantable defibrillators, and where we have electronics in health, we need to address these concerns," says Famm. "I should say though, so we don't blow these concerns out of proportion, that we are talking about treating chronic diseases, and if we have the treatment effects that we believe we can have, we have an obligation to bring that to patients.

"And the second thing worth bearing in mind is that a peripheral nerve is not a USB port to our entire nervous system. It's not that you can plug into the nerve that goes to my pancreas and thereby control my thoughts."

Galvani hope to have their first medicines ready for regulatory approval by 2023.