The authors of a book marking the 150th anniversary of Charles Darwin's "Descent of Man" discuss "a most interesting problem" — namely how the naturalist's fundamental misconceptions on sex and race still shape society. 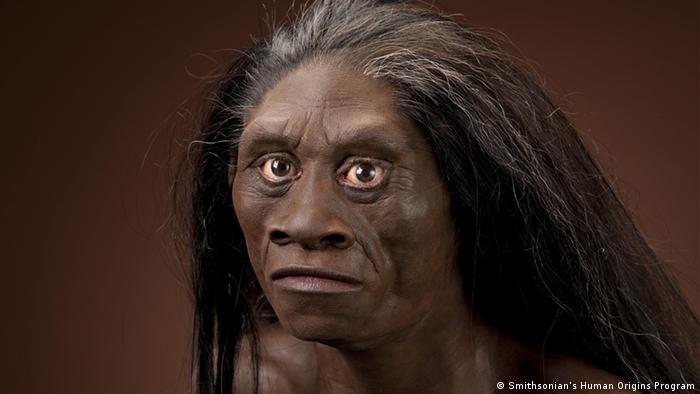 Most of us have heard of Charles Darwin's theory of natural selection and his 1859 treatise, On the Origin of Species. Many more of us will have used the phrase "survival of the fittest" at some point in our lives and probably attributed it to the British naturalist (although, in fact, he borrowed it from a philosopher called Herbert Spencer, a sometime rival of Darwin's).

But let's take a punt here and suggest that far fewer of us have heard of Darwin's later work, The Descent of Man.

Published 150 years ago this February 24, the book explores, among other things, Darwin's theory of sexual selection — a process which he believed was a "complementary force to evolutionary change," as science historian Janet Browne states in A Most Interesting Problem.

Browne wrote the introduction to the new book that discusses what The Descent of Man "got right and wrong about human evolution."

Originally published in two volumes, The Descent of Man covered diverse aspects of animal and human animal life, ranging from comparative anatomy to mental faculties, the ability to use reason, morality, memory and imagination, or how animals choose to have sex and with whom or what.

"Darwin proposed that sexual selection was instrumental in explaining the origin of what he called human 'races' and cultural progress," writes Browne.

He argued that sexual selection explained why humans had broken off into different racial groups. Skin color and hair were important indicators. But according to Darwin, writes Browne, "sexual selection among humans would also affect mental traits such as intelligence and maternal love […] ." 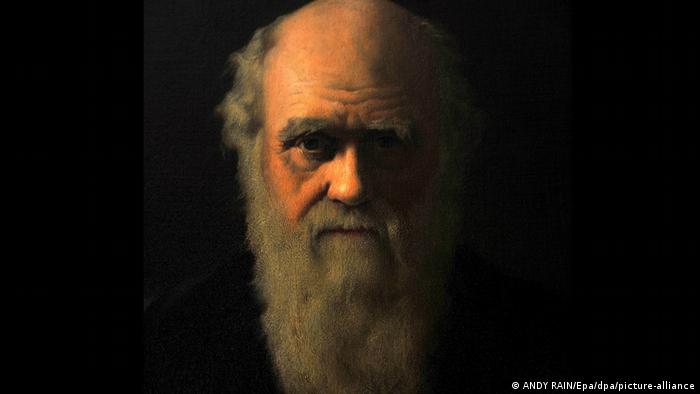 Was Charles Darwin racist and sexist or "just a man of his time"?

And that even within the racial groups. Darwin wrote: "Man is more courageous, pugnacious, and energetic than woman, and has more inventive genius."

"I believe that Darwin truly was trying to explain the biological roots of the historical development of civilization," wrote Browne in an email to DW. "He thought sexual selection was an important factor in the development of the human mind as well." But, Browne concedes, one is "not alone in finding [Darwin's thoughts] problematic."

Darwin: A product of his time?

Let's make no mistake: It would be impossible for us to offer an exhaustive analysis of Darwin or The Descent of Man in this short article. We've got 900 words max (although I'll probably go over).

So, this is far more about the legacy of that book and how anthropologists and other scientists view it today. There's not enough space to go into all the good stuff.

But you may still be wondering: Why mark the anniversary of Descent of Man when it's less well-known than The Origin of Species?

"Origin of Species was just spectacular," says Jeremy DeSilva, an anthropologist at Dartmouth College and editor of A Most Interesting Problem. "But then reading Descent of Man, I found myself in two minds."

On the one hand, DeSilva told DW, Darwin had "incredible insight" about how humans were connected to other organisms and that we were all part of a grand process — "That every organism has an evolutionary story and so do we. He was onto something, and he set the stage for the next century or more of research." 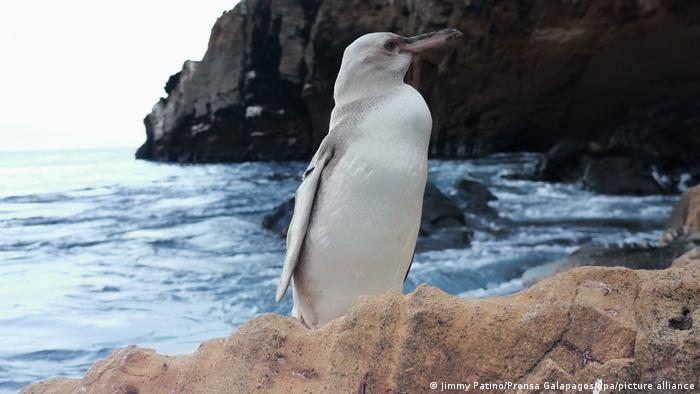 Darwin's name is often associated with the Galapagos Islands, a place of many rare species which the naturalist described

And then on the flipside, says DeSilva, "I would read these chapters about race and sex differences and just cringe. Wow was he off. And why was he so off? Was he simply a product of his time? Or did he just have these deep biases as a privileged British man [in the Victorian colonial era]?"

A most interesting problem, indeed

The problem is that Darwin could have done better at the time. He could have known better. "He had the data to do it, it's not like he couldn't go against the tide of the times," says DeSilva. "I mean, he wrote Origin of Species!"

But sometimes Darwin just couldn't see what was in front of his eyes.

"He hypothesized that there should be fossils of ancient humans, and yet because he had never seen one, when he's brought one, he couldn't see it," says DeSilva. "We celebrate Darwin — and we should — for his ideas and his incredible observation skills, experiments, the questions he asked, and his wonder about the world. So, here's this master of observation. But when he's presented with this fossil skull, he doesn't say much about it at all."

Then there was the time that Darwin wrote to Antoinette Brown Blackwell, the first female ordained Protestant minister in the United States. After Descent of Man, Brown Blackwell wrote a book called The Sexes Throughout Nature, which explores ideas of equality, and she sent copies to Darwin.

"He writes back, and his letter starts 'Dear Sir'," says DeSilva, astounded. "It makes me wonder: Can he not even imagine that a woman has written a book?"

Holly Dunsworth, an anthropologist at the University of Rhode Island also contributed to A Most Interesting Problem. She answers DeSilva's question rather plainly: It was "men and patriarchal traditions" that prevented female scientists from cutting through in Darwin's time.

Reading A Most Interesting Problem, you get the feeling that Darwin may have struggled with an inner conflict — a conflict between his observations, his biases and those of the times. And then it seems he simply ignored his own science.

Darwin discusses "whether or not the so-called 'races' of humans were derived from different ancestors (the belief of polygenists) or whether they shared a distant common ancestor (monogenists)," writes Agustin Fuentes, an anthropologist at Princeton University.

"He clearly lay out a reputation of the biological division of people into lineages, and then he gives some cultural biased assertion about… 'Yeah, yeah, there is all that, but we know that these people are not as advanced, they're not as smart and they can't survive,'" Fuentes told DW. "So, for me, it really shows how racism works. It's not about the individual racist, it's the systemic structures of belief that perpetuate these things." 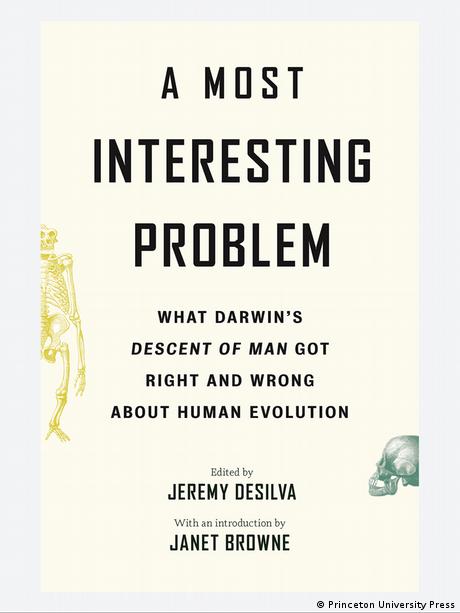 And those systemic beliefs, says Fuentes, have lasted until today. That's true of attitudes towards indigenous populations of Australia or the United States, and perhaps more broadly, inequalities in the pandemic we're all living through now.

"Take as examples the US and UK, where we see radically different mortality and morbidity, infection and death rates, based on whether you're brown or not. Now there is not a single biological reason for that. It's the product of systemic racism creating unequal bodies and unequal lives," says Fuentes.

"It is exactly what Darwin was seeing and misconstruing as evidence for natural selection, when what we're really seeing is local, social and ecological landscapes creating cultural divisions which are embodied by people," he says.

Would Darwin's Descent be any different today?

There is a sense of fairness towards Darwin in A Most Interesting Problem, but at the same time a good portion of anger.

The book's editor, Jeremy DeSilva, says that "knowing what we know today," Darwin would have written differently.

Fuentes says that Darwin would have "championed the lack of biological 'races' [today]."

But Holly Dunsworth is less forgiving.

"He could do better today because he would benefit from all the rest of us who are doing better than he was!" wrote Dunsworth in an email to DW.

"One of the threads in the book is to [think] about the delight Darwin might take in knowing what we know today. But I'm not comfortable or interested in imagining such personal things about him and that's maybe because I'm angry with him and don't want to give him a part of me," says Dunsworth.

"Darwin was wealthy and connected. His ideas, if published now, would be heard, and anthropologists and many others would be putting out fires everywhere," writes Dunsworth, who goes on to mention a stream of social media storms and names, such as (in)famous intellectuals like Steven Pinker and Richard Dawkins and "politicians who still compare opponents of color to nonhuman primates and all kinds of people with all kinds of power who think women and men evolved separately to have patriarchy's stereotyped gender roles in order to advance the species, etc., etc.,..."

Bias, as DeSilva puts it, is a powerful thing.

A Most Interesting Problem — What Darwin's Descent of Man got Right and Wrong about Human Evolution is published by Princeton University Press (2021).