Several hundred hard-left activists have been making headlines in Hamburg for using a black bloc in clashes with police at the G20 summit. The protest tactic has a long history. 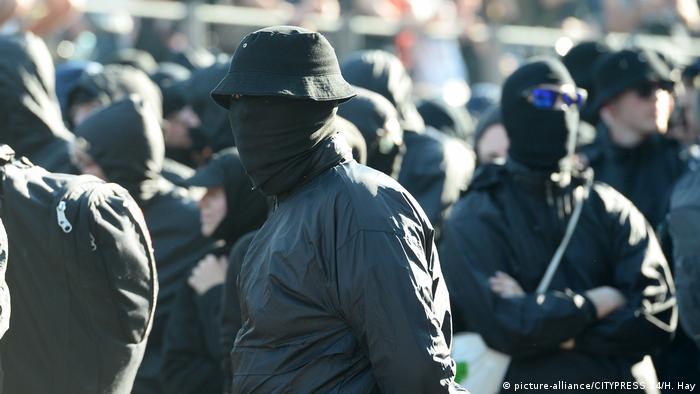 As the July 7-8 summit kicked off on Friday, demonstrators clad in black clothing, hats and face masks joined in protests, blocking streets and bridges. The night prior, the masked activists hurled beer bottles at security forces and set several cars on fire.

Hamburg police identified the activists as a so-called black bloc, a tactic used by demonstrators.

The name is given to a segment of protesters within a larger demonstration who conceal their identities with dark clothing - making it harder for authorities to identify individuals and to prosecute them.

The black bloc generally comprises hard-left activists, often autonomous anarchists who want to put an end to capitalism and replace it with a libertarian system where money and the state have no power.

The movement rose to prominence in the 1980s, during violent protests in West Germany against nuclear power plants and squatter evictions.

Although those who are involved in a black bloc section are united under the color of their clothing and their association with the anarchist movement, the individual beliefs within the bloc can vary widely.

Conflicts at a G8 summit with a large black bloc presence in the German city of Rostock in 2007 ended up leaving more than 400 police officers wounded.