If Hong Kong ends up being just another Chinese megacity it will lose its role as a leading financial center. Alexander Görlach looks at whether Taiwan or Singapore could serve as alternatives. 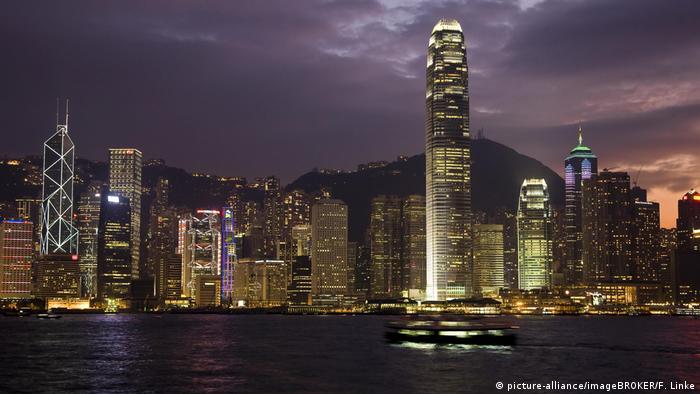 The People's Republic of China has maintained its frontal attack on the technically independent city of Hong Kong. On Monday, prominent members of the pro-democracy Demosisto movement — including Joshua Wong, Agnes Chow and Ivan Lam — were arrested. A court is expected to decide their fate next week.

Demosisto had disbanded in July after Beijing introduced a national security law which effectively labeled pro-democracy campaigning in Hong Kong a crime. Beijing has not shied away from kidnapping pro-democracy activists in Hong Kong and in light of such political developments the island could forfeit its position as an important global financial center.

Singapore well positioned to take over

Both Singapore and Taiwan could take Hong Kong's place, with the former perhaps having a head start since it is already an important financial hub in Asia. But this de facto one-party state is also far from being a democracy: Here too, rights activists can also be jailed for very little.

In March, 40-year-old activist Jolovan Wham, who has primarily defended the rights of migrant workers in Singapore, was arrested by authorities for standing on a street corner and holding up piece of cardboard with a smiley face scrawled on it.

Singapore is at a fork in the road and it must decide which path it will take: As a partner of the free world, it could take advantage of what is happening in Hong Kong and introduce more democracy and rule of law in order to attract talent and cash — but a further curtailment of already limited citizens' rights could push things in the opposite direction.

Taiwan as a partner?

Taiwan currently seems to lack the drive and ambition to replace for Hong Kong as an Asian financial hub. And constant threats from Beijing are not likely to encourage investors to leap from Singapore to Taipei.

Thus, it would seem to be a win-win situation for (most) everyone if Singapore were to commit itself to joining the league of free and democratic countries. It makes no sense for the small country to be as restrictive as the People's Republic, whereas a gradual democratization, which some had hoped would take place in China via Hong Kong, could propel the country forward.

Here, too, Taiwan could prove a valuable partner: After all, it was a dictatorship until 1990 but was then able to make a peaceful transition to democracy.

Netherlands: Another night of riots over coronavirus curfew 2h ago

Opinion: Egypt is synonymous with hopelessness 20h ago