Why is Singapore falling behind in press freedom?

Police in Singapore are investigating the New Naratif media outlet, founded by academic and athlete PJ Thum, for publishing unauthorized paid advertisements on Facebook during the July 2020 election campaign. 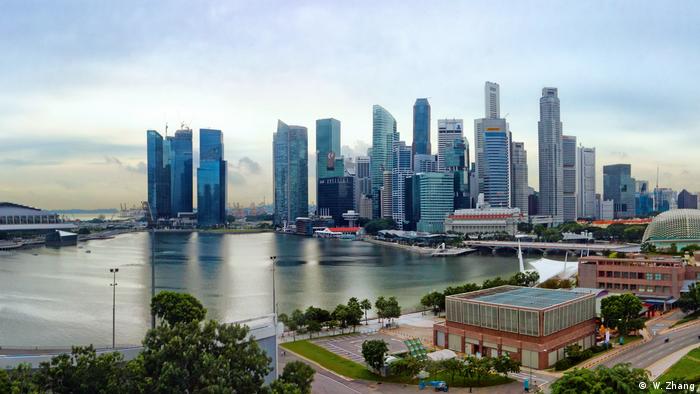 Earlier this week, Singapore police briefly detained PJ Thum, the founder and director of New Naratif, in what rights groups say is the latest incident in a series of attacks on free media in the Southeast Asian city-state. The security officials also searched Thum's residence and seized his laptop.

New Naratif was accused of publishing unauthorized paid advertisements on Facebook during the July election campaign, which, according to the country's Elections Department, constitutes "illegal conduct."

The media outlet says the broad definition of election activities "effectively criminalizes all political speech during the election period as being illegal," thereby allowing "senior politicians or officials to take selective action against critics and independent media."

"We reported facts about Singapore and did not engage in electoral activities. In retrospect, I would not have done anything differently," Thum told DW. 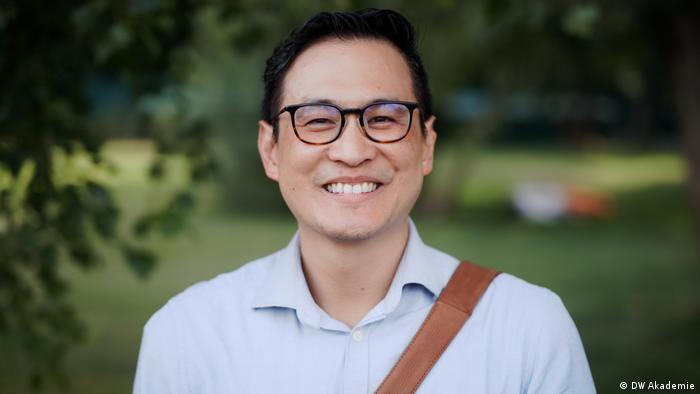 New Naratif published 13 posts on social media in the run-up to the July 10 general election. Five of these posts, including a satirical video about Prime Minister Lee Hsien Loong, were forced to be taken down by authorities. According to Thum, these posts were a combination of "factual articles, videos and comics."

Some of the ads dealt with the ruling People's Action Party's politics, its alleged lack of transparency and accountability, racial discrimination, and the use of the Protection from Online Falsehoods and Manipulation Act (POFMA) law.

"Police were clearly not interested in facts. They just wanted to make me admit that New Naratif deliberately published posts to interfere in elections and that I, as its managing director, was responsible for it," Thum said, adding that he was prepared to fight against the charges.

"It is a possibility that I will be arrested. The purpose behind this case is to harass and intimidate me. It is likely that they will drag out the investigation for months or even years, a tactic that the authorities have used against other activists."

Launched in 2017, New Naratif has already had several issues with the government.

Authorities in the city-state have refused to register the company, accusing it in April 2018 of receiving "foreign funding." New Naratif denies the charge.

"We are being attacked because we report honestly and factually, to the great displeasure of the government," claimed Thum.

Thum accused the government of curbing press freedoms in the city-state.

"The entire media industry in Singapore is controlled by the government. The ruling party believes that the media must always support the government and present its viewpoint," he added.

The Reporters Without Borders (RSF) media watchdog has observed that freedom of press is increasingly under threat in Singapore.

"Prime Minister Lee Hsien Loong's government is always quick to sue critical journalists, or apply pressure to make them unemployable, or even force them to leave the country," RSF said in a statement.

Singapore ranks 158 on RSF's 2020 World Press Freedom Index, down seven spots from last year. It now ranks below every country in Southeast Asia, except for Laos and Vietnam – both single-party communist states.

Singapore's sharp decline in press freedoms has been linked to a fake news law, which came into force in October last year. Rights organizations say the law allows authorities to muzzle the freedom of press and put restrictions on social media.

Authorities in Singapore deny allegations that they are restricting the press freedom.

Pelosi arrives in Singapore as US warns China not to escalate tensions 01.08.2022

The US House Speaker has a "right to visit Taiwan," the White House said, as Pelosi began her tour of Asia. Tensions over a potential unannounced visit to Taipei have grown in recent days.