President Tsai Ing-wen has vowed to boost the island's defense capabilities after Beijing stepped up military exercises near Taiwan this year. The new fleet of eight submarines is expected to be ready by 2025. 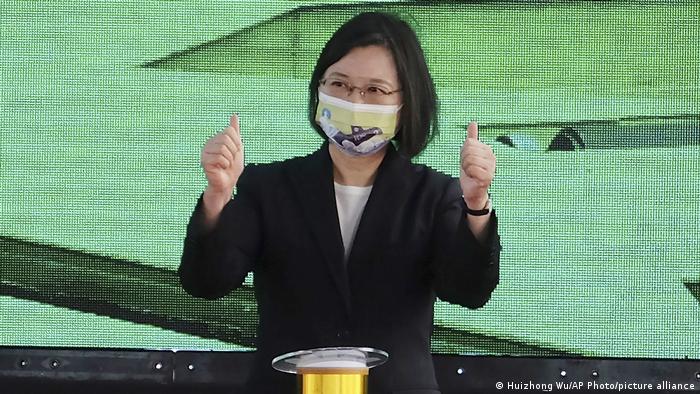 Taiwan has warned China that it will do whatever it takes to defend its sovereignty as the island launched production of a new fleet of submarines.

The warning comes at a time of rising tensions with Beijing.

"This submarine is an important part of allowing our navy to develop asymmetric warfare and to intimidate and block enemy ships from surrounding Taiwan's main island," said President Tsai Ing-wen at the inauguration ceremony in the southern city of Kaohsiung on Tuesday.

"Now, with the construction of the submarine to its future commission, we will certainly let the world know our persistence in safeguarding our sovereignty."

The island has never produced its own submarines. The first of the eight new vessels will be delivered by 2025, with the entire project estimated to cost at least $16 billion (€13.5 billion). 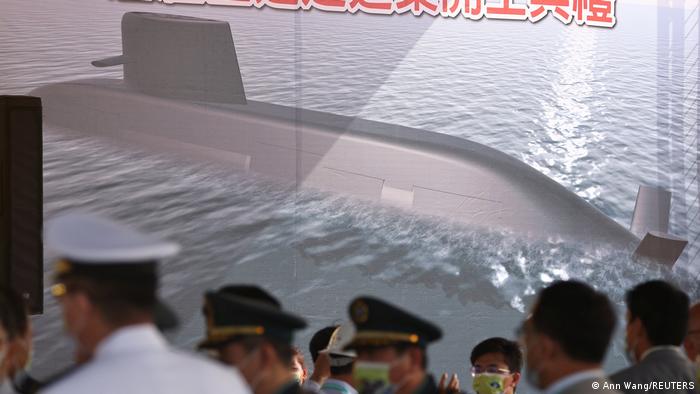 What is the current situation between China and Taiwan?

Taiwan currently has four submarines in its fleet, two of which date back to World War II. China's fleet includes vessels able to launch nuclear weapons.

China has never renounced its threat of retaking by force democratically-run Taiwan, which it regards as a breakaway province.

This year, Beijing has stepped up military exercises near the island, flying fighter jets and reconnaissance planes over its airspace.

A law, known as the Taiwan Relations Act, obliges the government to ensure the island can defend itself.

In October, the United States — Taiwan's main ally — approved weapons sales of $1.8 billion to the Taiwanese military, in a move that angered Beijing.

Taiwan grounds F-16 fighter jets after one disappears in training

Taiwan has faced increased military pressure from China, which sees the island as a renegade province. Beijing is also angry at recent US weapons sales to the Taiwanese army.