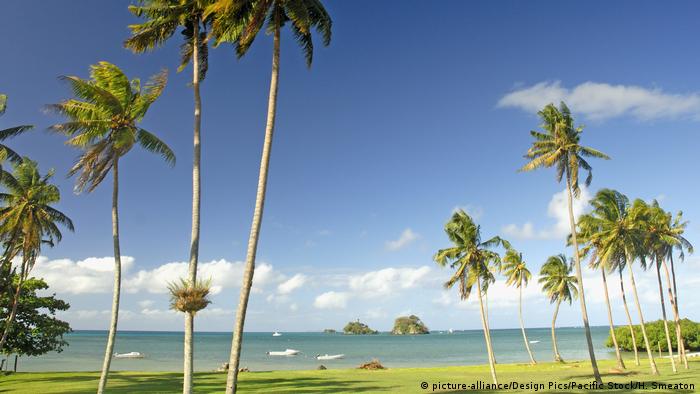 China and Taiwan traded barbs on Monday over a violent altercation that broke out between Chinese diplomats and Taiwan government employees at a recent Taiwan National Day reception in Fiji.

Taiwan said it would not be intimidated by China's "hooligan" officials and would continue to celebrate its national day around the world, after it accused Chinese diplomats of trying to charge into the event.

China has heavily disputed Taiwan's allegations, including that a Taiwanese diplomat was hospitalized with a head injury following the altercation. China views the democratically-run island as its own territory with no right to formal diplomatic ties.

The Pacific is a region of major competition between the two countries, where Taiwan maintains formal relations with four countries: the Marshall Islands, Republic of Nauru, Palau and Tuvalu.

The confrontation broke out when Taiwanese at the gathering tried to stop Chinese diplomats from taking photos of guests at the reception, according to a statement from Taiwan's Foreign Ministry.

"We strongly condemn the violence against our diplomat in Fiji by China's uncivilized 'wolf warriors,'" tweeted Taiwan's Foreign Minister Joseph Wu. "As a sovereign state, we'll continue celebrating Taiwan National Day everywhere, every year. Taiwan is a force for good in the world & we won't be intimidated."

China has countered Taiwan's account of the events, saying Taiwan's statement was "inconsistent with the facts." It added that one of its staff was also injured.

Chinese officials also criticized the National Day celebration, saying it "violates the one-China principle and relevant rules and regulations of the Fijian government, with an attempt to create 'two Chinas' or 'one China, one Taiwan' internationally."

The one-China principle refers to the idea that Taiwan, a self-ruled island democracy, is also a part of China.

Speaking in Taipei, a Foreign Ministry spokeswoman said Taiwan was a "peace-loving country" that invited people to events around the world for its national day.

"The reality is this year we had 108 offices hold national day events in different ways, inviting the world to celebrate our birthday," said Joanne Ou.

Fiji's Foreign Ministry has not commented on the incident, but police issued a statement making clear that the issue would be resolved via diplomatic channels and that the involvement of Fijian authorities was at an end.

Taiwan's Premier Su Tseng-chang said the world needed to see what China was capable of, calling the altercation a "barbaric act" on the part of China.

"China's officials posted overseas are acting like hooligans; beating people is not acceptable. We sternly condemn this," said Su. "We must appeal to the international community with the relevant evidence."

Taiwan is recognized as an independent government by just 15 countries, most of which are small and poor. However, Taipei maintains extensive commercial and informal ties with several nations. Fiji switched its diplomatic recognition to Beijing in 1975.