The US has approved the sale of a coastal defense system to Taiwan, a move sure to anger Beijing. It comes after Washington's another missile deal last week with the self-ruled island. 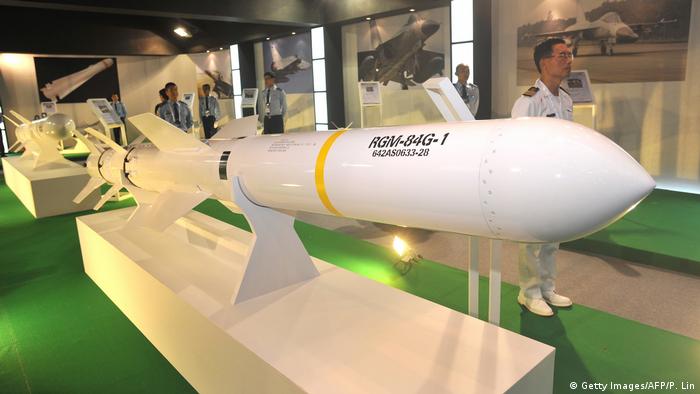 The US State Department has approved the potential sale of 100 Boeing-made Harpoon Coastal Defense Systems to Taiwan in a deal that has a potential value of up to $2.37 billion (€2.03 billion), the Pentagon said on Monday.

"The United States maintains an abiding interest in peace and stability in the Taiwan Strait and considers the security of Taiwan central to the security and stability of the broader Indo-Pacific region," the State Department said. It said the sale would not alter the military balance in the region.

Harpoon missiles are capable of striking ships and land targets.

The US move comes days after the State Department approved the potential sale of three other weapons systems to Taiwan, including sensors, missiles and artillery that could have a total value of $1.8 billion which prompted a sanctions threat from China.

That deal included track-based rocket launchers made by Lockheed Martin, Standoff Land Attack Missile Expanded Response (SLAM-ER) missiles from Boeing and external sensor pods for F-16 fighter jets. The SLAM-ER cruise missiles have a range greater than the width of the Taiwan Strait that separates the mainland from Taiwan. 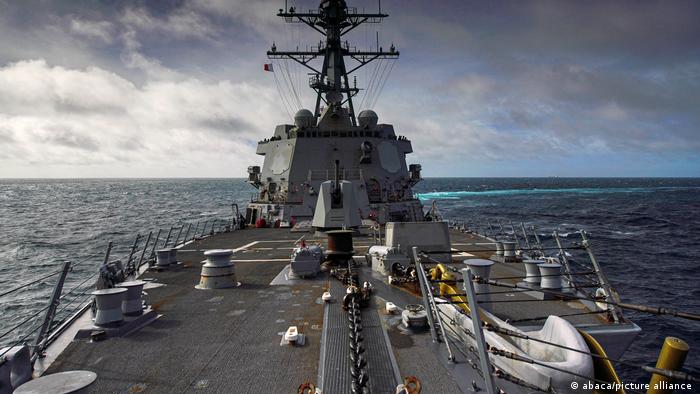 The US Navy regularly sends warships through the Taiwan Strait

In response, China said it would impose sanctions on Boeing, Lockheed Martin and other US defense firms for providing weapons to Taiwan.

Chinese Foreign Ministry spokesperson, Zhao Lijian, said the sanctions were to "safeguard national interests" and would apply to those who "behaved badly in the process of arms sales to Taiwan."

China's ruling Communist Party claims Taiwan, which split with the mainland in 1949 during a civil war, as part of its territory and has threatened to invade.

Taiwan has long been an irritant in US-China relations. Washington has no formal ties to the island's democratically elected government but is its main ally. US law requires the government to ensure Taiwan can defend itself. Weapons sales to the island have increased in quantity and quality.

Taiwan's proposed purchase of billions of dollars' worth of US arms has prompted a speedy response from China. Beijing said more American weapons in Taiwan could hurt US-China ties and the security of the Taiwan Strait.