Görlach Global: Germany must not be blackmailed by Turkey

Angela Merkel refuses to sit back as long as she is chancellor. Her upcoming meeting with President Erdogan in Turkey is destined to reflect the frustrating state of bilateral relations, writes Alexander Görlach. 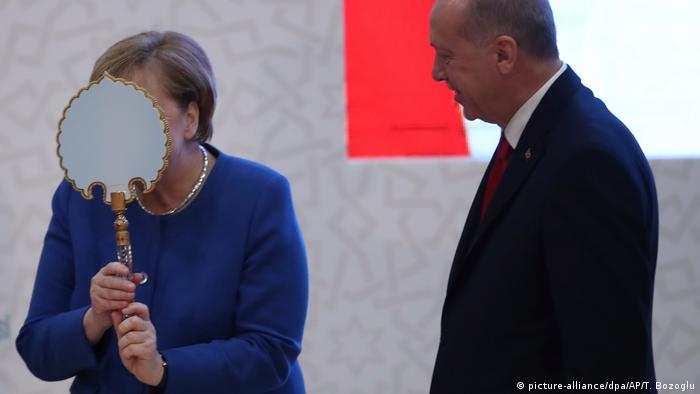 During her 17 years in office, Angela Merkel has been able to follow Recep Tayyip Erdogan's transformation from a repentant Islamist recently released from prison, to a fully-fledged autocrat who ignores human rights, aims to abolish the independence of the judiciary — and arrests hordes of journalists, opposition politicians and critics.

While the Turkish people have had little choice but to accompany him on this dreadful journey, Merkel and the entire conservative bloc have been forced to abandon the idea that Erdogan's ruling AKP party is a kind of Islamic reincarnation of the conservative Christian parties in Europe. Included in these abandoned ideas are Turkey's prospects of joining the EU in such a way.

Erdogan, therefore, started turning his attention towards Russia some time ago. Ankara now buys weapons systems from Moscow without any regard for the bloc rivalry that exists between NATO — of which Turkish is a member — and authoritarian world powers.

That is no peccadillo.

After all, the Kremlin accuses NATO of wanting to topple President Vladimir Putin. Russia views the EU, which has heavily criticized Moscow for detaining opposition politician Alexei Navalny, as an "unreliable partner." 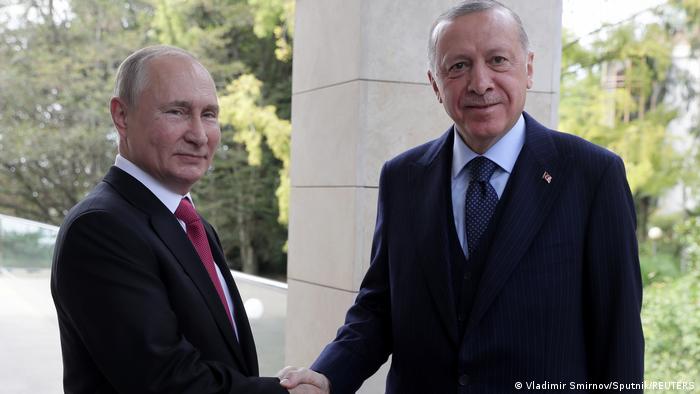 Erdogan has sought to cosy up to Russia, but Putin has him in his grip

Yet Chancellor Merkel has also boosted Putin's power with her support for the Nord Stream 2 gas pipeline. Her wooing of the Kremlin on behalf of German business has not just led to estranged relations with the US administration under President Joe Biden — it has also cemented the Bosporus strongman's impression that you are only a big player if you are as hardnosed as Putin.

The Turkish president is trying to position his country as a new geopolitical powerhouse that no one can afford to ignore. This has resulted in a number of conflicts with the very country whose leader, President Putin, Erdogan recently described as a good friend of Turkey's.

In neighboring Syria, Turkey and Russia are on opposite sides of the conflict and Putin has the capacity to pressure Ankara there. Erdogan can, in turn, put pressure on the European Union by allowing refugees — displaced by the joint actions of the dictators of Syria's Bashar Assad and Russia's Putin — to enter the bloc.

It is not clear to what extent Erdogan understands that Moscow can blackmail him at any moment: by escalating the refugee crisis, which Putin can make happen at the push of a button; by cutting off arms supplies from Moscow or the Russian gas that Turkey desperately needs. At a meeting of the two leaders in the Russian Black Sea resort of Sochi in September, Putin made sure to mention that Turkey, unlike Europe, had been spared from the current shortfall in supplies because the Russian pipeline TurkStream was providing the country with gas. 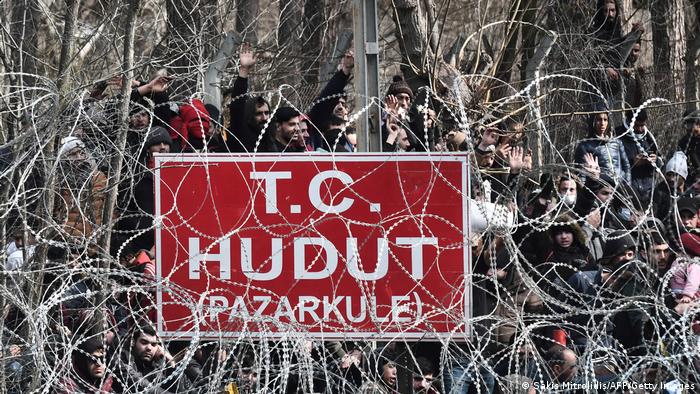 Germany has its work cut out

The security and stability of the European Union are threatened by dictators in countries to its east. Erdogan has threatened the EU on several occasions to allow refugees to simply pass through Turkey unhindered if Brussels fails to meet his demands.

On the other hand, it has also to be said that Turkey has taken in more than 4 million refugees, most of them from Syria. The country does, indeed, need and deserve sustained and sustainable financial and logistical support from the European Union.

That is the tense situation that Merkel faces during her upcoming visit to Turkey. Her successor, as chancellor, will have their work cut out for them when it comes to walking the tightrope of this delicate relationship with Germany's NATO partner and autocratic rival. Germany's next government must do everything it can to stop Ankara from being in a position to blackmail Berlin.

Alexander Görlach is a senior fellow with the Carnegie Council for Ethics in International Affairs, a research associate at the Internet Institute of the University of Oxford, and an honorary professor of ethics and theology at Leuphana University. A PhD linguist and theologian by training, his research includes narratives of identity, the future of democracy, and the foundations of secular societies. After spending time in Taiwan and in Hong Kong, he is now focusing his efforts on understanding China's rise and what that means for the free world.  He was a visiting scholar and fellow at Harvard University and the University of Cambridge. From 2009-2015, he also served as editor-in-chief of  The European, the debate-magazine which he founded. His recent publications include "Homo Empathicus: On Scapegoats, Populists & Saving Democracy" (Brookings, 2021).

Germany: The Recruitment Agreement 60 years on

Austria: Karl Nehammer sworn in as new chancellor 3h ago