From destruction to rejuvenation: When forest fires are a good thing | Science | In-depth reporting on science and technology | DW | 27.08.2019

From destruction to rejuvenation: When forest fires are a good thing

Fires can be catastrophic in rainforests such as the Amazon, but they don't necessarily spell disaster everywhere — sometimes they help replenish ecosystems. There is even life that needs heat and fire to survive. 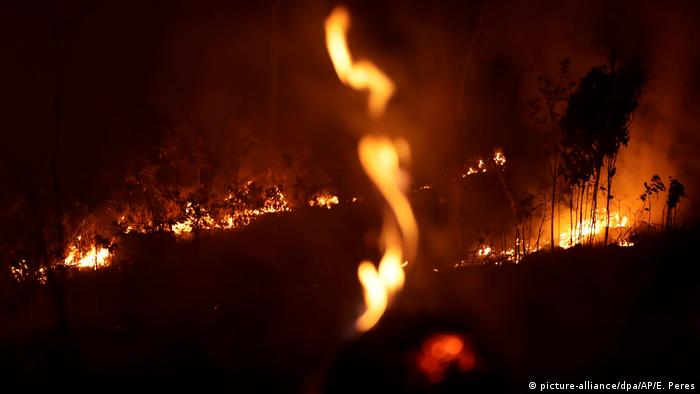 In a rainforest like the Amazon, massive forest fires are a disaster. They irretrievably destroy the habitat of tens of thousands of plant and animal species. If the rainforest burns down, all nutrients are lost because they are stored in the plants themselves, not in the soil.

Despite the lush vegetation and the unique biodiversity, the soils are particularly barren and poor in nutrients. Thanks to the year-round warm and humid climate, fungi and bacteria immediately decompose fallen leaves or branches and the nutrients released are reabsorbed by the roots — not the soil. The thin humus layer is quickly washed out after a forest fire, and within three years of the fire nothing will grow in the exhausted soil.

Scientists describe tropical rainforests like those in the Amazon, the Congo Basin and Southeast Asia as "fire-sensitive ecosystems." About a third of all ecosystems worldwide are considered "fire-sensitive." In the past, severe fires tended to occur less often there due to the natural humidity, vegetation and structure. 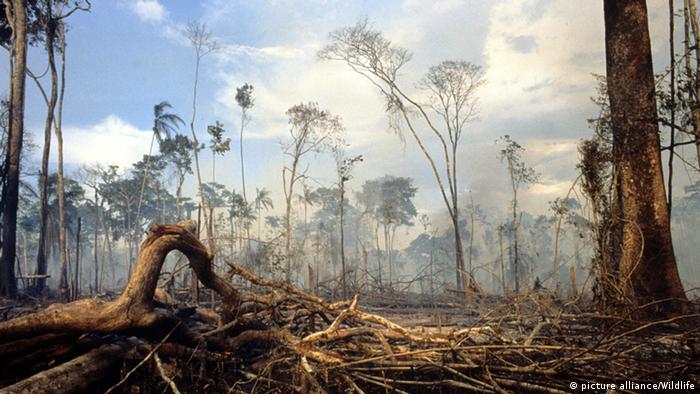 Fires can be particularly destructive for rainforests such as the Amazon, which lack nutrient-rich soil

If there is a prolonged drought, however, triggered for example by the El Nino climate phenomenon or in case of purposefully started fires — needed for large-scale logging and the creation of plantations — disastrous surface fires develop quickly. The plants and animals lack a natural ability to resist and recover from fires.

As devastating as forest fires are in the rainforest, the destructive power of fire is necessary for the preservation of other ecosystems, where parts of the natural fauna and flora develop only thanks to the fires.

Regular fires give these ecosystems their distinctive structure. This is true for about three-quarters of all habitats worldwide, including the Siberian taiga, the African savannahs, the South Asian monsoon and dry forests, the Californian coniferous forests, the Australian eucalyptus forests and the Mediterranean region. 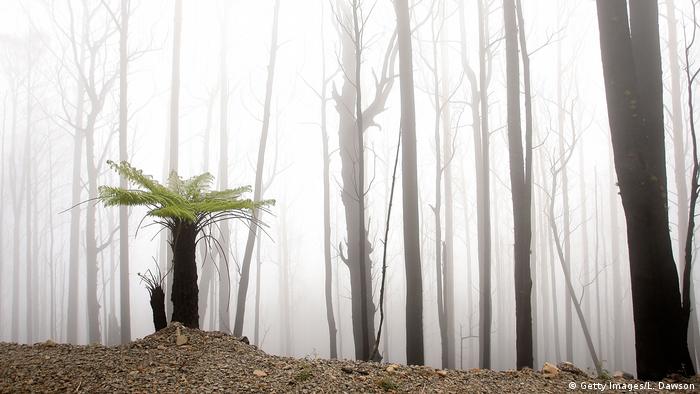 In some cases, forest fires can help to rejuvenate tree populations

Animals and plants often have a natural capacity for resistance in such fire-dependent ecosystems. The nature of the fires varies, however. In grasslands, savannahs, some forests and wetlands, only a moderately intense ground fire sweeps through, ensuring that the open landscape structure is maintained. Rare but very intense fires are characteristic of bush landscapes or forests. They consume old and diseased trees, create new habitats and ensure an ecological rejuvenation of the tree population.

Intervening in these ecosystems, for instance by preventing small fires in order to protect the population, can have fatal consequences. Over time, more and more combustible material accumulates. Even harmless fires can quickly turn into highly destructive walls of flames. This happens time and again in Australia or in the dense pine forests in the southwest of the United States, which were once grasslands.

When fires occur too frequently humans have to intervene even in ecosystems that depend on fires. In the Siberian taiga, fires have been breaking out more and more frequently due to a rise in the population and expanded development, destroying large areas of forest and releasing enormous amounts of carbon dioxide. 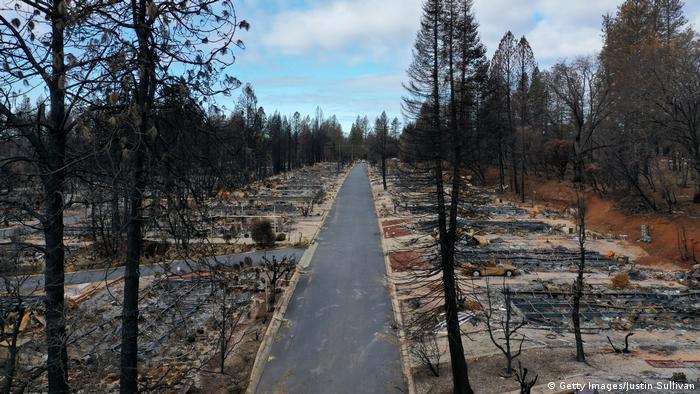 Many plants in the southern US, in the Mediterranean region or in Australia actually need fire to survive. The Douglas fir, a conifer species, survives most fires thanks to its thick bark — after a fire, it will sprout new shoots. The North American lodgepole pine also needs the heat of the fire to open its cones and release seeds while the Australian grass tree needs smoke to open its seed pods.

Read more: The Amazon— vital for our planet

After a fire, without the usually dense treetops, more sunlight reaches the forest floor and the seedlings find enough nutrients because they do not have to compete with other plant species. Even some insect species need the fire to survive, including the larvae of the Australian fire beetle that can only develop in freshly burnt wood. Thanks to its heat-sensitive sensors, the fire beetle can detect fires from up to 50 kilometers (30 miles) away.

The jewel beetle, which lives in Europe, lays its eggs in recently burnt forests. Storks and birds of prey feast on beetles and insects made sluggish by the smoke after a forest fire.

Climate change is an accelerant

Read more: Peatlands, the neglected piece of the climate puzzle

They contribute greatly to global warming, which in turn leads to forests becoming increasingly dry and weak. This destructive cycle often makes it easy for new fires to develop.