Peatlands: Neglected piece of the climate puzzle | Environment | All topics from climate change to conservation | DW | 21.12.2017

Although peatlands make up a small amount of the world's land mass, they represent some of the largest carbon reservoirs on Earth. When drained or burned, they spew out massive greenhouse gas emissions. 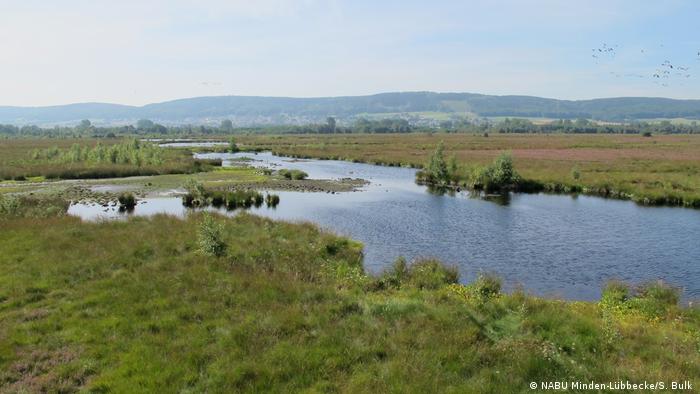 Peatlands are among the most ignored natural resources in the world — this despite the fact that they are ancient, are found on every continent, and are huge carbon reservoirs.

Peatlands, also known as moors, fens or bogs, are the most carbon dense of any terrestrial ecosystems in the world. They form over millenia, as waterlogging prevents organic material from decaying. Instead, this peat builds up into thick layers.

While covering only 3 percent of the Earth's land mass, these wet areas support a wide range of biodiversity, provide ecosystem services such as flood control, and are essential for the livelihoods of millions of people around the world.

Yet, when drained or burned, peatlands release the carbon locked within their layers - currently contributing to up to 5 percent of global CO2 emissions per year. And 15 percent of known reserves are already either destroyed or degraded, a recent United Nations Environment Program (UNEP) report has shown. 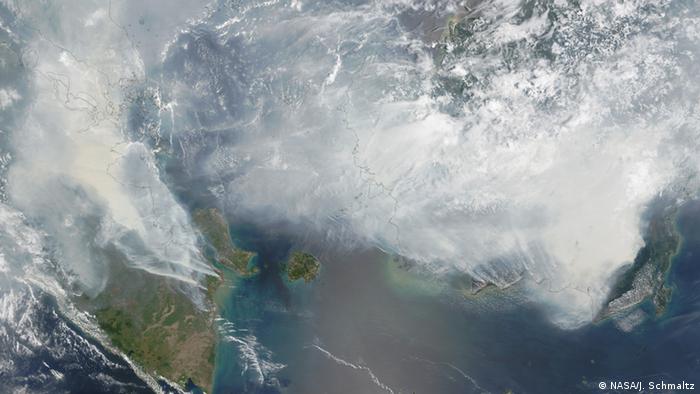 The good news is that most peatlands can still be saved.

Several initiatives are trying to sustainably manage peatlands worldwide without reducing their productivity.

And, large swathes of peatlands might still remain unmapped — only this past January, scientists mapped the largest peatland complex in the tropics in the Congo basin.

"To reach the goals of the Paris Agreement, we need to protect and rewet peatlands," Franziska Tanneberger, head of the Greifswald Mire Centre, told DW. 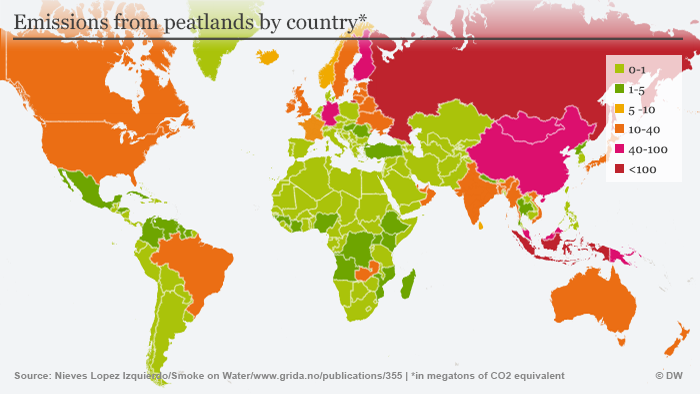 The form peatlands take can vary from one region to another, but they are all waterlogged.

In more arid countries like Mongolia, peatlands are essential for feeding rivers, preventing soil erosion and protecting threatened wildlife. Yet degraded areas in Mongolian peatlands already emit as much CO2 per year as more than 13 coal-fired power plants.

Moorlands in Congo — a gift of nature

Despite their important ecological role and the huge risk connected with degrading them, peatlands remain largely unknown.

This peatland is bigger than England, and might hold a quantity of carbon equal to more than 15 years of CO2 emissions from the United States.

While most ecosystems end up releasing their carbon back into the atmosphere, the peat layers in peatlands provide a permanent long term store for carbon.

When peatlands are degraded, the carbon stored is released — into the atmosphere.

"Peatlands contain twice as much carbon as all the forests in the world," Hans Joosten, head of the department of peatland studies of Greifswald University in Germany, told DW.

Humans have been draining peatlands, for example to convert them into agricultural lands.

"If we drain them, the carbon stored in the soils is released as greenhouse gases, as carbon dioxide and nitrous oxide," Joosten explained.

Currently, half of the world's peatland emissions come from Southeast Asia, due to rapid agricultural expansion for products such as palm oil. Devastating fires across Indonesia have shown that drained peatlands are also vulnerable to fires. When peatlands burn, this quickly releases greenhouse gas emissions, in addition to damaging people's health through air pollution.

Next to agriculture - accounting for 50 percent of peatland degradation - and forestry, the use of peat for horticulture and our home gardening also plays an important role in the degradation of worldwide peatlands.

"If we want to use peatlands, we have to use them wet," Joosen said.

Through sustainable practices such as paludiculture — that is, productive use of wet and re-wetted peatlands — peatlands can still sustain local communities while protecting climate and biodiversity.

Tanneberger explained that wet peatlands can be productively used, through farming and harvesting wetland plants, or through animals that thrive in wet environments, like water buffalos.

A remaining challenge is to expand the extent of such pilot projects and demonstrate their viability, particularly economically, Tanneberger added.

And, of course, through a change in behavior.

"In Europe, we should stop consuming palm oil leading to drainage in Asia — but first of all, we have to stop draining our own peatlands, and stop supporting that through agricultural subsidies," Tanneberger said.

And it's not just developing countries at fault, she added.

"We should start with our own European peatlands."