Authorities have suggested the wildfires were started intentionally in order to cover up illegal logging. Greenpeace has expressed outrage at the way the situation has been handled. 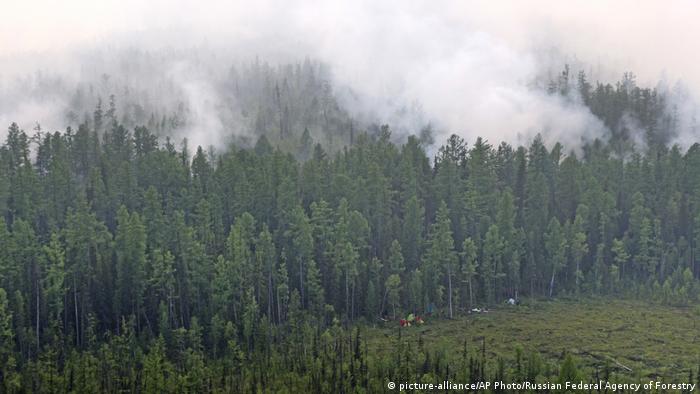 The General Prosecutor said it had identified cases in which forest fires in the Irkutsk region of Siberia had been started on purpose so as to hide illegal wood felling, the RIA news agency reported.

"We have discovered such cases in Irkutsk region in which it seems fires were covering up illegal logging," the General Prosecutor's spokesman Alexander Kurennoy said.

Meanwhile, Greenpeace said the fires covered 4.3 million hectares and were releasing nearly as much carbon dioxide into the air as emitted by 36 million cars in a year.

Last week President Vladimir Putin ordered troops in to help fight the wildfires but the environmental NGO was damning in its assessment of the way the situation has been handled.

In a statement, Greenpeace said even though the blazes happen frequently, this year they were "unprecedented" in their ferocity.

"These fires should have been put out at the very beginning, but were ignored due to weak policies. Now it has grown into a climate catastrophe that cannot be stopped by human means," Greenpeace activist Anton Beneslavsky said.