Russia's Siberia hit by worst flooding in a century

Heavy rainfall has flooded dozens of villages in Russia's southeastern Siberia, leaving at least 18 people dead and 13 missing. Homes and livestock have been lost in the summer floods. 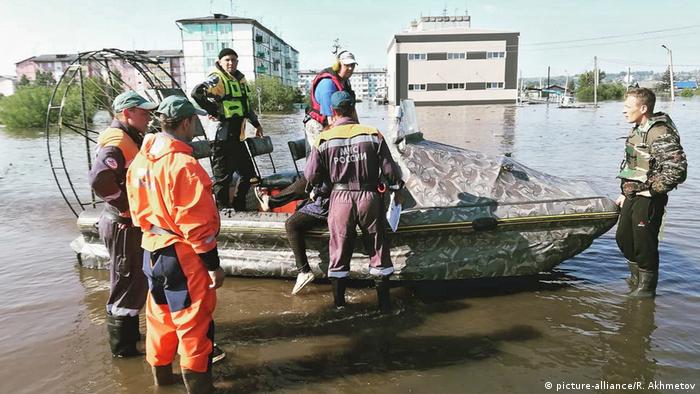 A state of emergency has been declared in Siberia's Irkutsk region, where river levels have risen to flood and destroy dozens of villages.

A regional emergency has been declared, with at least 18 lives lost and 13 people missing since the rains began last week. Some 33,000 residents in 83 villages have been affected, and 40 villages were still under water on Tuesday.

Some 1,200 people are in need of medical aid, and 190 have been admitted to hospital.

President Vladimir Putin, visiting the region on Sunday, said rescue workers had "very little time" left for remedial work. "Here the summer is short, winter comes quickly," Putin said during a stopover on his way back from the Group of 20 leaders' summit (G20) in Japan. 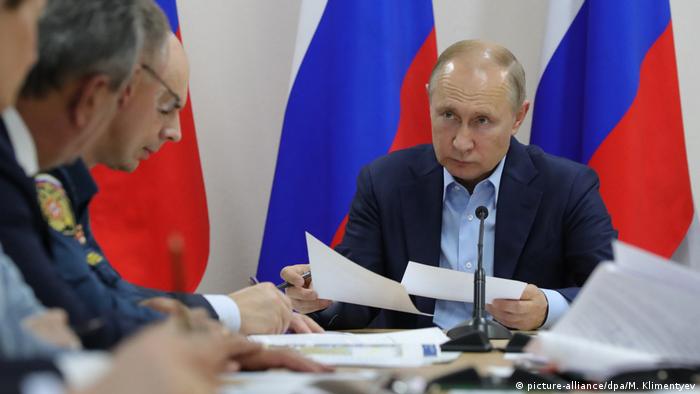 On Putin's orders, Russia's defense ministry sent more than 1,300 service personal as well as vehicles and aircraft to the flooded region.

The rains follow a long dry spell that saw severe wildfires in the Lake Baikal area in April. Russian state television claimed the flooding was caused by unusual downpours that swelled the river until it overflowed its banks.

Local residents were very critical of the fact that they had not been warned before the floods hit. Speaking with regional governor Sergei Levchenko, who was in the area to assess damage, one resident complained, "If we had been informed ... there wouldn't have been victims, nor the catastrophic destruction that we see here."