The Irkutsk region has been hit by torrential rains, causing Lake Baikal and the Angara River to burst their banks. At least five people have been killed and hundreds injured. 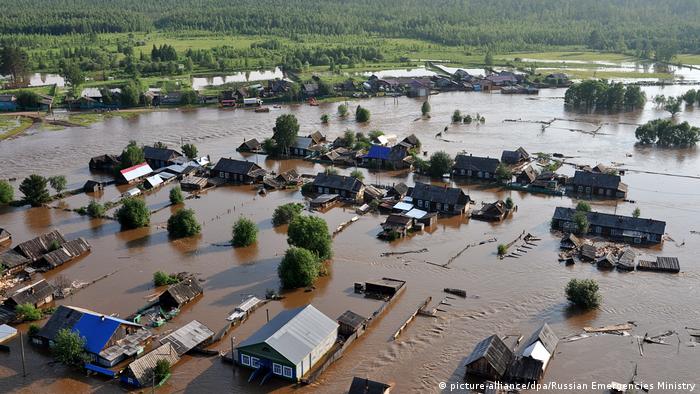 At least five people have died and hundreds more injured in massive floods sweeping Siberia on Saturday, Russian media has reported. President Vladimir Putin travelled to the affected area as he returned from the G20 summit in Japan.

Emergency Situations Minister Yevgeny Zinichev told Interfax news agency that five people, one of whom is believed to be a child, have died as the massive Lake Baikal and Angara River have begun to burst their banks. At least 350 people have been injured, 100 of whom have had to be treated at local hospitals.

At least 10,000 people are affected by the floods brought on by torrential rains. At least 50 villages on the shores of Lake Baikal are inaccessible, and the larger city of Bratsk has also been affected. More than 4,000 buildings have been destroyed as well as many bridges and roads. 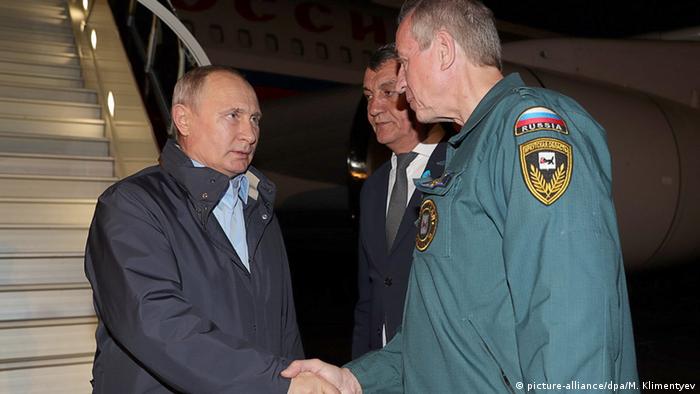 According to Interfax, President Putin stressed the need for emergency shelters and a swift plan of reconstruction and the restoration of infrastructure after the flood waters subside, before Siberia's long and harsh winter sets in. He also called on businesses not to engage in predatory practices like inflating prices of essential goods like food and medicine.

The president also ordered that children and their parents should be immediately evacuated to safer parts of Russia.

A state of emergency has been declared for the affected area, with officials warning that the worst may be yet to come as the rains continue.

This is the latest in a series of natural disasters to devastate the region in recent months, after a long drought led to severe wildfires that destroyed crops and buildings.

The world’s oldest and deepest lake curves for miles across Siberia in southern Russia. It’s a haven for rare wildlife and a top tourist destination – but due to poaching and pollution, the lake is now under threat. (25.05.2018)

A passenger plane crash landing near Siberia's Lake Baikal has claimed the lives of two crewmembers. Russian media say some 40 passengers survived the Antonov-24 ramming into an airport building. (27.06.2019)