An exhausted-looking she-bear has been spotted wandering through the industrial zone of the Siberian city of Norilsk, far away from its natural home. Authorities fear the animal might be ill. 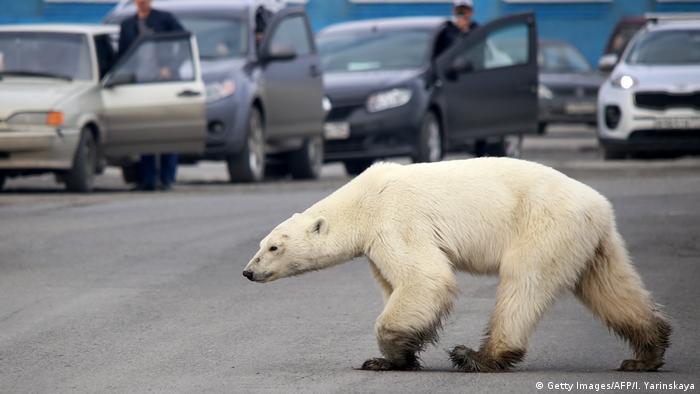 State wildlife experts were expected to arrive in the northern Russian city of Norilsk on Wednesday, where a polar bear has been spotted by local residents.

The predator showed no signs of aggression while roaming through the city. Local photographer Irina Yarinskaya said the animal looked emaciated and "almost unable to walk." 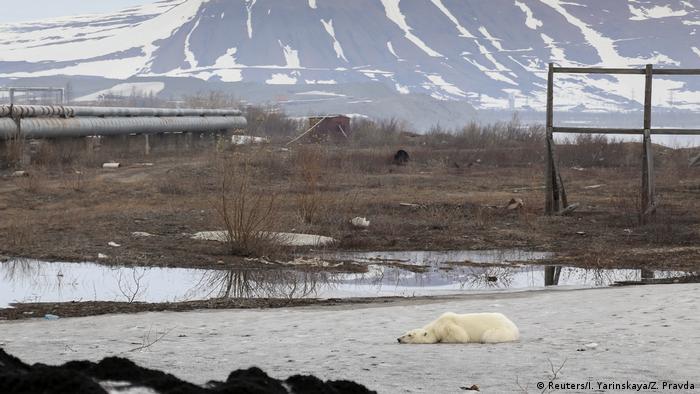 The bear apppeared lethargic and emaciated

The she-bear was spotted walking the streets and lying on the ground before entering the industrial zone. The animal examined the gravel and sand factory first before heading to the city dump, Yarinskaya told the Siberian Times.

Social media users posted pictures of the bear. Local newspaper Zapolarnaya Pravda reported that the bear was "in no hurry to leave Norilsk" and was seen heading north and returning towards the city.

No hurry to get home

Norilsk is located above the Arctic circle, but the closest polar bear habitat is at least 500 kilometers (311 miles) away. The last sighting in the industrial city was over 40 years ago. That time, the aggressive female bear was shot and killed by local authorities. 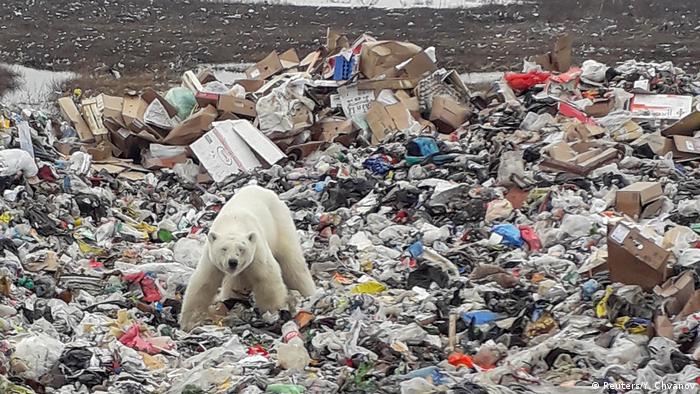 It was not immediately clear how the latest visitor reached the city. Local wildlife expert Oleg Krashevsky said it was possible the animal had gotten lost. He reported that she had watery eyes and was likely unable to see well.

The melting ice and destruction of habitats increasingly prompts polar bears to approach human settlements in search for food. The bear did not show fear approaching humans or machines

Federal officials are now expected to estimate the animal's health condition. If it is strong enough, she will likely be transported back north to her natural habitat. Otherwise, she is expected to be taken to a local wildlife park.