Syria's government and opposition forces are to meet in Kazakh capital Astana for the first time since the fall of Aleppo. But uncertainty prevails over all aspects of the talks - from the guest list to the agenda. 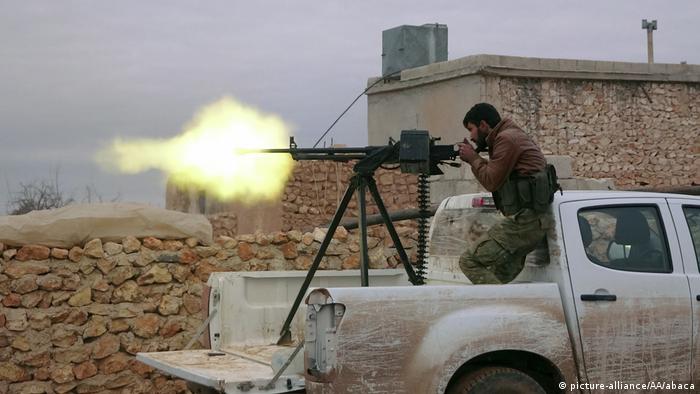 A Kazakh accreditation, then another Kazakh accreditation and now perhaps a further, Russian one. The road to Astana has been a complicated one even for reporters, let alone for those tasked with bringing peace to Syria. A tiny detail, but one that illustrates the complexity of these negotiations and the uncertainty surrounding them - even before the talking starts.

The negotiations starting on January 23 will take place under the patronage of Russia, Iran and Turkey - three sponsors each with their own, diverging interests. Russia and Iran have long cooperated on Syria, brought together by their support for President Bashar al-Assad. But what has made these talks possible is rapprochement between Russia and Turkey. 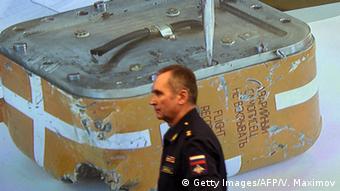 A year ago, after Turkey downed a Russian military jet, the two countries seemed unlikely co-sponsors for peace talks

For most of the Syrian conflict Moscow and Ankara had been at loggerheads, with Turkey supporting Sunni Arab opposition groups to the Damascus regime. In December 2015, that cold confrontation threatened to turn hot after Turkey downed a Russian fighter jet over the Turkish-Syrian border. Informal sanctions against Turkey followed and ties seemed destined to remain in the deep freeze for the long haul. But then came an unexpected twist. Last June, President Recep Tayyip Erdogan issued a written apology to Moscow. Within days sanctions against Turkey were gone and diplomatic contacts renewed.

By December, Moscow and Ankara were cooperating on the humanitarian evacuation of Aleppo and by the end of the year they had brokered a partial truce which - in spite of repeated violations - continues to hold. If proof was needed of the depth of that cooperation, Russian defense officials announced on Wednesday that Russian and Turkish planes had launched their first joint airstrikes against "Islamic State" (IS) targets in Aleppo province.

Russian political scientist Fyodor Lukyanov says that host country Kazakhstan's involvement in the peace talks can be traced back to the tensions between Moscow and Ankara. 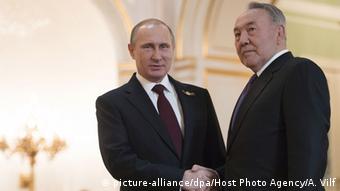 The million-tenge question: Who's invited?

For a long time it was probably easier to say with confidence who would not attend the Astana talks. IS and the al Qaeda-linked Fatah al-Sham Front, formerly known as al-Nusra, were excluded from the start. More controversially, Kurdish groups which control significant swathes of northern Syrian territory will not be represented at Astana. Turkey remains unwilling to legitimize Kurdish control of areas immediately adjacent to its border and its own restive Kurdish region.

Syria's divided Sunni opposition looks set to be represented by a "military delegation" representing groups directly in control of territory on the ground in Syria. At UN-brokered talks in Geneva in 2016, that role fell to the High Negotiations Committee, an umbrella group representing both political and military factions with close ties to the Gulf States. For now, the HNC says it will throw its support behind the military delegation and the Astana talks as a means to strengthen the ceasefire and pave the way for a return to Geneva. 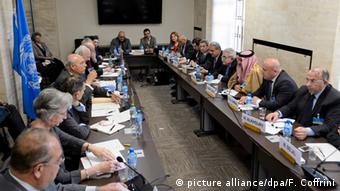 At least for the opposition, success in Astana would lead to Geneva negotiations

The governments of Russia, Turkey and Iran are set to send officials from their defense and foreign affairs ministries. Ministers are not expected to attend what is expected to be an essentially technocratic gathering. After protracted confusion it has now been announced that the UN peace envoy for Syria, Staffan de Mistura, will also be at the table in Astana.

Prospect of US participation puts talks 'on the verge of collapse'

But the major mystery is whether the new US administration will attend. Part of the purpose of organising these talks under the auspices of the Russia-Turkey-Iran troika was - at least from Moscow's point of view - about proving that that Moscow could deliver action where Western-backed formats had failed. But Russia has since invited Donald Trump's incoming administration to join in. This has put the talks "on the verge of collapse" before they even begin, Middle East expert Alexey Malashenko told DW. Iranian Foreign Minister Mohammad Javad Zarif has made it clear he sees no place for the US at the talks.  So far there has been no word from the incoming US administration on plans to take up Moscow's invitation. 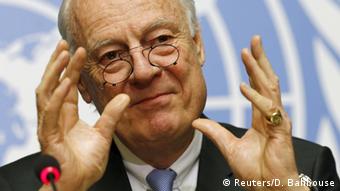 De Mistura's inclusion is seen as a positive sign

Damascus willing to 'discuss everything'

The agenda for these talks might prove even less clear than their guest list. Syrian President Bashar al-Assad has said his government is willing to "discuss everything." That's unsurprising given its current position of strength following the fall of formerly rebel-held East Aleppo. Beyond that Damascus has spoken of the need for further local "reconciliation" deals, which in effect amount to negotiated surrenders of territory to government forces. Under these deals opposition fighters are either relocated to other rebel-held territory or offered an amnesty. The Syrian opposition, on the other hand, has been adamant that only measures to reinforce the current ceasefire and to allow more humanitarian aid access should be discussed.

With just days to go before the talks begin this meeting raises more questions than it appears likely to answer.

Yet maybe the mere fact that the opposing sides have agreed to talk is progress in itself. It is hoped that the Damascus government and the opposition may even meet in the same room. At previous "proximity talks" in Geneva, UN officials would shuttle between the opposing camps sitting in different rooms. How Astana will impact UN efforts to resolve the conflict is another open question. The Syrian opposition says it sees Astana as an opportunity to reinvigorate the Geneva process, a hope supported by the late inclusion of UN envoy Staffan de Mistura.

One thing though is becoming increasingly clear from the debates ahead of this meeting. Attention has focused as much on the countries spearheading these talks and their wider, divergent interests than it has on Syria itself.  More than five years into the conflict, Syria has become a proxy battleground for broader conflicts that often have very little to do with the realities of life in Aleppo or Damascus.

Turkey turning over a new leaf with Syria

While the countdown to peace talks for the Syrian conflict continues, Turkey is signaling a change in its policy on the country. What are Ankara’s goals concerning Syria and what do the Astana talks mean? (06.01.2017)