A French politician has launched a verbal assault on Angela Merkel after the German leader called for more budget tightening in France and Italy. German finance minister Schäuble attempted to strike a conciliatory tone. 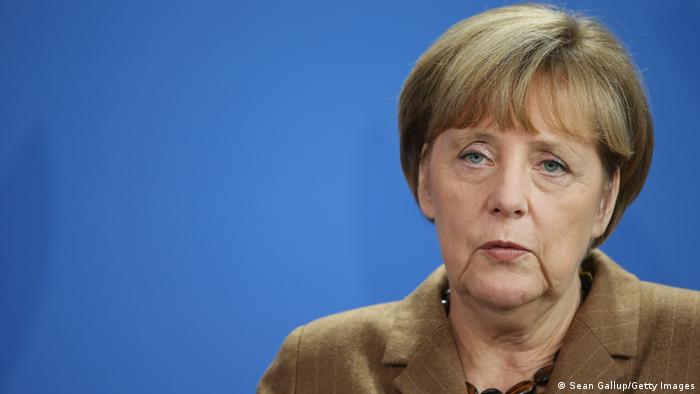 French politician Jean-Luc Melenchon had harsh words for German Chancellor Angela Merkel after the German leader said France and Italy had not done enough to trim their budgets, and called for both countries to enact additional deficit-cutting measures.

"The [EU] Commission has made clear that what has been put on the table so far is insufficient. I would agree with this," Merkel told German newspaper Die Welt am Sonntag.

"Shut your trap, Ms. Merkel! France is free." Melenchon tweeted in German, adding in French that Merkel should concern herself instead with the poor in her country and ruined infrastructure in Germany.

The 63-year-old leftist politician was a candidate for the French presidency in 2012, and has been a sharp critic of Merkel, calling her policies "narrow-minded and very dogmatic."

Merkel spokesman Steffen Seibert said regarding Melenchon's comments that while he respected French politicians' freedom of speech, there could have been a "friendlier formulation," of the comments.

"Maybe Chancellor Merkel should focus on Germany's domestic demand, on its lack of investments, or on its balance-of-payments imbalances," said Italian undersecretary for EU affairs Sandro Gozi. "It would be an important contribution that Europe has been waiting on Berlin to make for a long time and which so far has not happened." 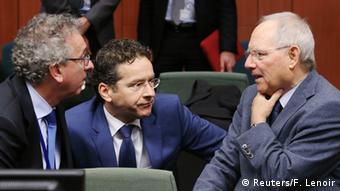 "If you look at the news and what has been done in the countries over the past weeks then you see that Italy, for example, has passed a remarkable reform to its labor market in its legislative assemblies, France has been taking additional measures all the time," Schäuble told reporters.

"We are all on the right track and in Germany we also have to make an effort," he said.

French finance minister Michel Sapin said Merkel's remarks were potentially aimed at members of her own party, the Christian Democratic Union (CDU), which kicked off its annual congress this week in Cologne.

Meanwhile, Euro zone finance ministers told France and Italy on Monday that they needed to take quick steps to rein in their budget deficits or face disciplinary action. Both countries need to cut their structural deficits significantly under rules set out in the EU's Stability and Growth Pact.