France′s flailing economy endangering the eurozone | Europe | News and current affairs from around the continent | DW | 18.11.2014

The French economy is stagnating, with growth only in unemployment and the national debt. It will likely only hit the EU budget deficit target in 2017. Will the debt spiral continue? 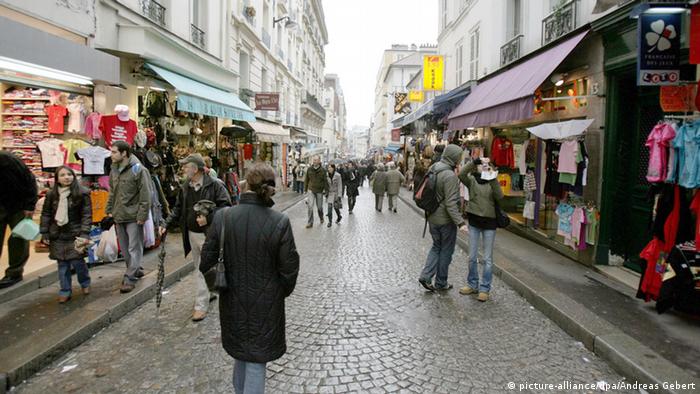 Criticism of France's economic policies is mounting. Katharina Pijnenburg of the German Institute for Economic Research (DIW) told DW that the French government has yet to grasp the seriousness of the economic situation.

A great deal of uncertainty currently plagues the eurozone, driven by geopolitical crises such as that in Ukraine. But, as the second-biggest economic power in the area, France's deficit hasn't helped the debt crisis. The risk that it could spiral out of control remains, said Pijnenburg, an expert on macroeconomics. The fact is that France has not had any economic growth in two years.

And yet despite this, President Francois Hollande is overseeing an expansive fiscal policy. The French government believes that more state intervention could help get the crisis under control. But Pijnenburg is skeptical, arguing that France can only get past the crisis by implementing structural reforms of its social systems and labor markets while at the same time strengthening companies and markets. 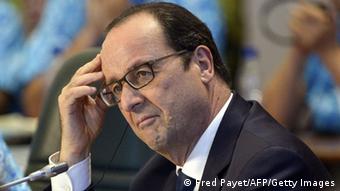 Hollande has a headache about his debt ceiling

Upswing instead of debt reduction

Paris has not demonstrated any willingness to reform. There is too much opposition within Hollande's Socialist Party (PS), and a restructuring of the national budget is stalled. Since 2008, the budget deficit has grown steadily and now lies above the three-percent ceiling stipulated by the EU. In 2013, the deficit rate was significantly above that level, at 4.3 percent of GDP.

For 2015, experts are predicting it will climb to 4.7 percent. According to Pijnenburg's estimates, France will only come back in line with Maastricht debt standards in 2017 - much to the annoyance of officials in Brussels.

The deep crisis has got the eurozone reeling. Critics say reform-weary states such as France and Italy are putting the brakes on economic recovery, even though together with Germany they are among the three biggest economies in the EU. "Something has to happen, otherwise France risks sliding into the kind of unsustainable debt cycles that we saw in Portugal and Spain," warned the DIW economist.

The financial crisis of 2008 caused a huge increase in national debt in the banking sectors of both countries. In turn, depreciation in government bonds due to unsustainable debt development caused crisis at the banks. Debt consolidation and austerity programs have since weighed heavily on the real economy. In the long term, that could lead to tax deficits, increased welfare expenses, and in the end, higher deficits. 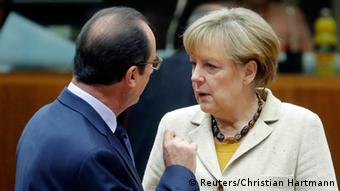 The rest of Europe is not so happy with France

When it comes to France's high budget deficit, there is still the danger that the crisis could continue to spin out of control, said Pijnenburg. Debt reduction is being pushed into the background, the country's upswing has priority - and Hollande and his government want to create that themselves. "To do this, these rigid structures have to be broken down, to generate more growth. France knows this, but opposition from their own ranks is significant, and that's inhibiting the restructuring of the social system and the labor market," she said. French economists have blamed Germany and the austerity measures of EU countries for the persistent downturn.

Danger for the whole eurozone

But pressure on the French government is growing, mainly because the situation on the labor market is so tense. In June, the unemployment rate was at 10.2 percent, twice as high as in Germany. This high level of unemployment is inhibiting consumption and economic growth.

In France, consumption is a very important growth factor: The surprising economic growth of 0.3 percent in the last quarter was mainly down to consumption. "It's especially devastating when unemployment goes up," Pijnenburg said.

To free itself of the downward spiral, France needs above all a simplified tax system that gives companies more financial scope for investments, she added. For that, a balanced policy on competition is important. High competition intensity supports more innovation.

Companies are then forced to escape the pressure of competition by investing more in new developments. That in turn creates more growth, the economist explained. Pijnenburg's conclusion is that it's vital "that better conditions for innovation and growth are created, so that the eurozone as a whole can better emerge from the downturn."

EU fails to come up with new budget

EU governments and the European Parliament have been unable to reach an agreement on a new budget. While the parliament wants an 8 percent increase, member countries are keen on saving money. (18.11.2014)

European car market on the mend

The car market is Europe has picked up once more following dismally low sales during the main debt crisis years. The ACEA industry group said the figures for October were gratifying, but the picture was heterogeneous. (18.11.2014)

The clouds hanging over the eurozone economy lifted in the third quarter as the French economy gathered speed and Germany avoided recession. A significant boost also came from the bloc's southern periphery. (14.11.2014)

Around one in 20 of France's population is of African origin. Many of them are citizens and thus eligible to vote in Sunday's presidential runoff. DW has checked in on the diaspora in and around Paris.

President Macron's economic manifesto doesn't enthuse every French voter. But when it comes to the plans of his opponent Marine Le Pen, economists have said they could have severe financial consequences.