EU fails to come up with new budget

EU governments and the European Parliament have been unable to reach an agreement on a new budget. While the parliament wants an 8 percent increase, member countries are keen on saving money. 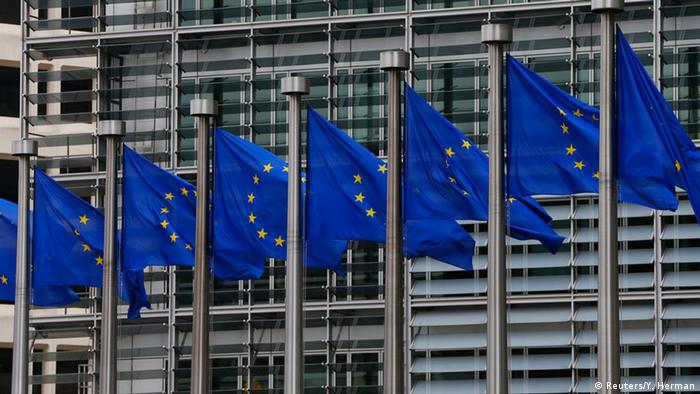 The European Union's governments and parliament failed to reach an agreement on the 2015 budget by a Monday night deadline.

Having failed to reach the deadline, the bloc will have to try again on negotiations. Billions of euros are at stake, mostly to expand EU programs in newer and less developed member states, but also for farmers, researchers and students.

While Monday's talks failed, Zanetti expressed optimism that a deal could be reached. He said the negotiations "allowed us to narrow down the gap between our positions, which should allow us to continue the talks on the basis of a fresh European Commission proposal."

Cost-conscious EU governments and a more generous European Parliament have to come to agreement over a budget of 146.4 billion euros ($182.6 billion) for next year - an increase of 8 percent from 2014. If the two sides fail to reach an agreement, the bloc will be restricted to spending one-twelfth of its current budget per month until a deal is found.

The EU must also find a solution to finance outstanding payments for 2014 and earlier, and opinions vary widely on priorities.

"We must have a concrete response to the unbearable problem of unpaid invoices accumulating on the desks of the Commission," said French MEP and negotiator Jean Arthuis.

Haggling over unpaid bills "puts into danger the credibility of the EU authority and feeds the arguments of europhobes," he added.

Overshadowing the negotiations for the new budget is a row over the recalculation of member state contributions to EU coffers - of Britain's contribution in particular.

On October 24, British Prime Minister David Cameron interrupted a meeting of European leaders to announce he would refuse to pay the extra 2.1 billion euros demanded by the EU budget commissioner by December 1. Cameron called an emergency meeting of finance ministers to investigate the amount.

He firmly reiterated his intention to not pay, telling a news conference at the beginning of November, "If people think I am, they've got another thing coming. It is not going to happen."

The revised calculation, however, was a routine statistical exercise, Brussels insisted, which followed a decision by EU governments and was based on their national data. Apart from Britain, Italy and even recession-plagued Greece must make higher contributions, while France and Germany would get rebates.

On November 7, Britain was able to reach a compromise with EU finance ministers. UK Chancellor of the Exchequer George Osborne said the UK would only have to pay half of what the EU had demanded.

"Instead of footing the bill we have halved the bill, we have delayed the bill, we will pay no interest on the bill, if there are mistakes in the bill we will get our money back," Osborne told reporters in Brussels."This is far beyond what anyone expected us to achieve."

British Prime Minister David Cameron has said the global economy was at risk of slipping back into crisis. But ahead of a national election in May, he didn't fail to mention his country's superior growth. (17.11.2014)