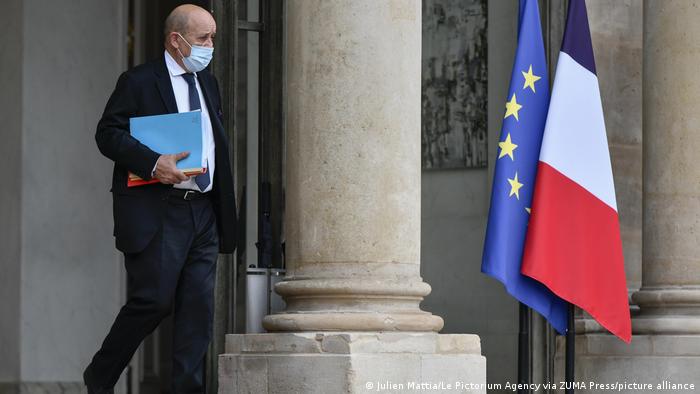 The French government has instructed its embassies across the world to tighten security in the wake of recent attacks in Nice and Paris, Foreign Minister Jean-Yves Le Drian said on Friday.

Le Drian also urged French citizens to be vigilant and warned that they face a security risk "everywhere" as outrage in the Islamic world simmers after President Emmanuel Macron defended the publication of cartoons that depicted the Prophet Muhammad. There have been calls in some countries for a boycott of French goods.

It was so far unclear what sparked the attack in Nice, where a Tunisian man killed three people inside a church.

"He wasn't on any of our security watchlists, either French or European," Interior Minister Gerald Darmanin said, reiterating that France was "at war with Islamist extremism... an enemy that is both internal and external."

President Macron held a crisis meeting with top ministers over the government's reaction to Thursday's attack. After the meeting, Darmanin said that 120 more police officers were being deployed to Nice, and that some 3,500 gendarmerie reservists would be called up to provide extra security nationwide.

This deadly rampage in Nice comes after the recent murder of teacher Samuel Paty, who was beheaded close to his school outside Paris earlier this month.

France has already stepped up military-level security at churches and other sites ahead of All Saints' Day on Sunday.