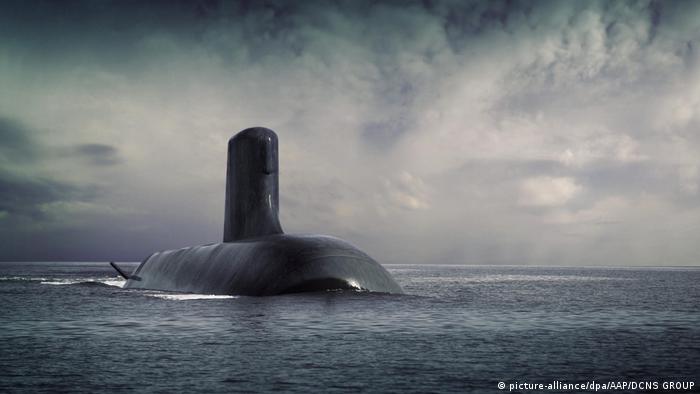 Senior French ministers on Thursday accused Australia and the United States of betrayal after Canberra ditched a $38.6 billion (€32.8 billion, AU$50 billion) submarine deal with France in favor of US vessels.

The decision came as US President Joe Biden announced a new defense pact that gives Australia access to a nuclear-powered fleet.

What did French politicians say?

"It's really a stab in the back. We had established a relationship of trust with Australia, this trust has been betrayed," Le Drian told French broadcaster France Info.

"I'm very angry today, and bitter... This is not something allies do to each other," he said.

"This sudden and unforeseeable decision very much recalls what Mr. Trump would do," Le Drian added, referring to the former US president and his America First approach to foreign policy.

She added that France was "clear-eyed as to how the United States treats its allies."

"In terms of geopolitics and international relations, it's serious," Parly added.

France a 'vital' US partner

US Secretary of State Antony Blinken later Thursday told reporters that there "is no regional divide separating the interests of our Atlantic and our Pacific partners."

"We want to find every opportunity to deepen our transatlantic cooperation in the Indo-Pacific and around the world," Blinken said. "France, in particular, is a vital partner on this."

The top US diplomat added that the US would stand behind Australia, as it faces increasing pressure from China.

"Beijing has seen over the past months that Australia will not back down and the threats of economic retaliation and pressure simply will not work," Blinken said.

Why did Canberra change its mind?

Australia's decision to accept the US submarine deal was announced alongside the unveiling of the Indo-Pacific security agreement with the US and Britain.

The pact allows Australia to develop a nuclear-powered fleet — an option that was not open to Canberra when it struck a deal with France in 2016.

Until now, the US has only shared the technology — which allows submarines to avoid long periods on the surface and go undetected for longer — with Britain.

Australian Prime Minister Scott Morrison said there had been serious doubts about whether "a conventional submarine capability'' would address Australia's strategic needs in the Indo-Pacific region.

"Of course, they're disappointed," Morrison said, referring to France. "They've been good partners. This is about our strategic interest, our strategic capability requirements and a changed strategic environment and we've had to take that decision.''

China slammed the alliance and the transfer of nuclear technology — which does not mean that submarines would be armed with nuclear weapons — as an "extremely irresponsible" threat to regional stability.

China's Washington embassy responded to the announcement of the new alliance by calling on the countries to "shake off their Cold War mentality and ideological prejudice."

New Zealand Prime Minister Jacinda Ardern said her country had not been asked to form part of the alliance but added that it wouldn't have expected an invitation.

In the 1980s, New Zealand enacted nuclear-free policies that included a ban on nuclear-powered ships entering its ports. That stance has seen Wellington clash, at times, with Washington.

"The centerpiece, the anchor of this arrangement are nuclear-powered submarines,'' Ardern said. "And it will be very clear to all New Zealanders, and to Australia, why New Zealand would not wish to be a part of that project.''

However, Ardern said the alliance would not diminish New Zealand's intelligence-sharing ties to the US, Britain and Australia, as well as Canada, as part of the so-called Five Eyes arrangement.

US officials were careful not to describe the latest partnership as a deterrent to China's ambitions in the region.

However, Peter Jennings, executive director of the Australian Strategic Policy Institute think tank, told DW that this appeared to be a case of downplaying the issue.

"It is all about China," said Jennings. "Even if the leaders were coy to say that. We now see three large, consequential democracies joining efforts in terms of their science, their industry base, their military technology to push back against a more aggressive China. That is a significant development."